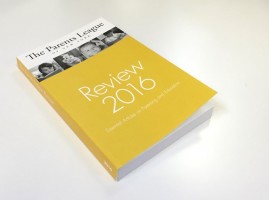 There is much talk in the education arena about disruptive innovation. Due to technology, examples of disruption to the status quo abound in the world around us. Just look at what has happened in the music industry when streaming made records and CDs obsolete, in higher education with the advent of MOOCs, in the movie industry with Netflix. Other disruptions also come to mind: Uber, with its challenge to taxi services, Airbnb, with its threat to traditional hotels and travel agents. The list could go on endlessly, as it continues to change seemingly daily.

Against this backdrop, it is interesting to see that K-12 education has changed little since the traditional school model was instituted to fit the needs of the industrial revolution. Many schools still adhere to the time-tested schedule in which classes meet for 45 minutes a day every day; some have gone to block schedules that allow for longer periods, but still adhere to a traditional five-day week. Some schools schedule semester courses, others go for trimesters. As educators, however, we are often loathe to change the status quo and take the risk of trying something different that might yield better learning. Some of us adhere to the old adage, “If it ain’t broke, don’t fix it,” or fear losing enrollment if we are perceived by parents as experimenting with their children. Although parents want the best education available—and they want innovative approaches that allow their children to thrive — they do not want their offspring to be the guinea pigs for experiments in learning.

As the year 2000 was being ushered in with fireworks and fanfare, talk in educators’ circles turned to “educating our students for the 21st century.” This has become a tagline for attempts to be more progressive, and fifteen years into this new century we are still talking about “educating for the 21st century.” Meanwhile, college ratings and the common application have made the race to gain admission to big name centers of higher education an end in itself. The competition has generated anxiety among parents and their children, who have come to believe that the ticket to a good college is taking as many AP classes as possible, filling resumes with as many clubs and activities as they can fit into their day, participating in elite sports clubs on the chance that they might receive a Division I scholarship (and admission to a prestigious college or university), and ultimately arriving at college burned out, depressed, anxious and ready for a break. Is this what educating for the 21st century is all about?

A New Understanding of Learning

Brain research and neuroscience have flourished in the past decade and have provided much more insight into how we learn, what environments are most conducive to long-term retention, and how the structures that surround learning can have an impact on the results. Elements like time, space, environment, light, stress, emotion, even color can contribute to making a learning experience more or less effective. We now know that some stress is good, but too much stress stands in the way of learning. We also know that some students learn from having someone lecture in front of the classroom, but many more learn by being engaged in different ways through simulations, role-playing, creating, cooperative learning groups, Socratic discussions, and the Harkness method. We know that emotion is a significant factor in learning, whether we learn better because we fear bad grades, or we learn because we’ve made a fantastic connection with that favorite teacher. We know more about multiple intelligences and learning styles and how they play out in the classroom. We know that often learning is incomplete unless one can apply the lesson to solve a concrete problem or to create something new.

A Plan for Change

At our school, we began to question whether the structures that had been in place for decades were what our students needed to learn to work collaboratively. We examined whether the five-subject-per-day schedule (including a full day per week for experiential internships) was the right model to allow students and teachers to explore a topic in depth, and to allow time to add more creative projects and assessments in addition to traditional paper-pencil testing. We looked at some of the exciting interdisciplinary programs that colleges like Bryn Mawr (my alma mater), University of Pennsylvania, and others are putting together. We visited and looked at programs offered in highly successful private and public schools. We analyzed what we were doing successfully ourselves, and how we could add value to the areas where we were already excelling, while bringing in much needed innovation to other areas of our program.

Innovation is difficult in school cultures, and it takes not only time but also buy-in from faculty, students, parents and alumni. It requires divergent thinkers who will engage in thoughtful processes, and movers and shakers who do not fear taking calculated risks. It demands clarity in outcomes and expectations. Finally, it takes the courage to rip off the proverbial Band-Aid to bring about a major change.

Asking the right questions to inform the decision to change is an even more daunting task. We had a growing number of students taking medical leave for anxiety-related issues; students were having difficulty getting out of bed in the morning and into the classroom; some students were overwhelmed with stress. Likewise, faculty were cramming in material as best they could, taking time away from conference periods and adding evening classes to be able to teach “the full curriculum.” With our 45-minute periods, it seemed we had just gotten into the classroom when it was already time to leave. There seemed to be no time to work on building collaboration skills, to have students critique each other’s work, to develop projects that served as a different way of assessing learning. Learning was taking place in figurative silos, driven by the needs of each individual department, and thinly spread.

At the same time, we knew our students were leaving school with excellent writing skills; they were well equipped to handle stressful situations; and they had transformational experiences through their weekly internship day. We had a 100 percent admissions rate to college and, in our recent survey of young alumnae, 96 percent reported that they had finished their B.A. degrees within four years. The ultimate goal was to develop structures that would allow us to continue to deliver an intellectually challenging and rigorous college preparatory program, but to take it further to ensure we were truly preparing students for life beyond college and providing them tools for career success. A program that limits our students to absorbing content, then demonstrating knowledge through three-hour final exams, may make them excellent test-takers, but does not prepare them to work effectively in teams or to apply knowledge to solve real-life problems or create new solutions. Also, testing does not teach the coping skills necessary for success in a workplace that relies increasingly on the ability to work well with others, assume leadership roles, and continue to learn and renew oneself.

We were clear in the outcome we wanted. We wanted our students to be lifelong learners, creative problem solvers, and confident leaders. We wanted them to be able to communicate effectively in traditional and new media, to be cross-culturally and digitally literate, and, furthermore, to be emotionally mature and healthy. We also knew that our expectations were similar to what most parents and schools want for their students. The challenge then was to determine whether the process we were following to achieve those outcomes was as effective as it could be.

There is enough research on adolescents and learning that validates a necessary shift away from teacher-centered to student-centered learning. The most effective teachers are no longer the “owners” of all knowledge, ready to transmit it to students; technology and easy access to all kinds of information make that almost impossible today. Instead, teachers are becoming facilitators and coaches. Learning, if it is to be deep and enduring, relies on active participation, inquiry, exploration and application. For students to be placed at the center of the learning process, traditional structures, including schedules, lengths of periods, furniture and building design, must be rethought.

Since designing new buildings requires funding and time, the most logical place for us to start was to look at how we could structure our schedules to support student-centered learning. We formed a curriculum leadership team that grouped together five faculty members with different approaches and who exemplified multiple intelligences: linguistic, logical, visual, musical, intrapersonal, kinesthetic, interpersonal and naturalistic. The team also brought together strong change agents who were not afraid to think outside the box. Together, they formulated questions, did research into best practices in teaching and learning, and explored options that would support our rigorous academic program while enhancing experiential, interdisciplinary and project-based learning.

As a first step, they brought in a consultant who facilitated discussions and also spent a year providing professional development to all faculty to ease the transition into longer teaching periods, which required a greater variety of teaching strategies in the classroom. The team also considered ways in which faculty could interact more closely with students outside the traditional classroom. They spent time with focus groups that included our internship sponsors, who played a key role in our ability to continue to offer our internships on Capitol Hill and in different offices and service organizations in the greater community.

After several months of work and analysis, the curriculum leadership team came up with three proposals for consideration by the faculty and presented them at a general meeting for discussion, feedback and further analysis. Faculty were given several weeks to consider these proposals in view of our goals for the program within each department before they were asked to respond to a survey with their preferences.

The First Step: A Modular Schedule

The resulting schedule broke from tradition in that the school year is now divided into seven modules, each lasting five weeks, during which students take three academic classes and one activity. Classes begin at 8:30 (a half hour later than the previous schedule), and periods last 80 minutes each. There is a 20-minute break between each period, and an hour break for lunch and advisory meetings; evening activities are limited to theatre, orchestra and chorus. Starting sophomore year, students spend one module, or five weeks, in an intensive internship.

The next task was to communicate the change in a way that parents and students would be able to visualize and understand, and then to actually implement it across the four grade levels. In the process, we considered the possibility of phasing in the changes, but determined it would be better for our students and teachers to go all-in and let them experience the full spectrum of the new schedule from the beginning. We took the calculated risk of ripping off the Band-Aid, expecting some bumps along the road, but had the certainty that we would still be able to meet our program goals. We were prepared for the objections of skeptics, but we were confident that our faculty had the preparation and wherewithal to rise to the challenge of teaching in a different way.

One year later, we are in the process of fine-tuning some of the details, but firmly convinced we did the right thing. Students are continuing to learn and achieve at high levels, many exceeding our expectations. We’ve also noted that fewer students have missed days of school due to stress- or depression-related issues. More importantly, we have been able to effect a major change in our program by designing a new structure to support it. The next steps will be to tackle other structures: buildings and furniture. Having a program firmly in place to drive the design will certainly make the process easier. Most importantly, we have demonstrated that change can happen, even in cultures that are considered averse to it.