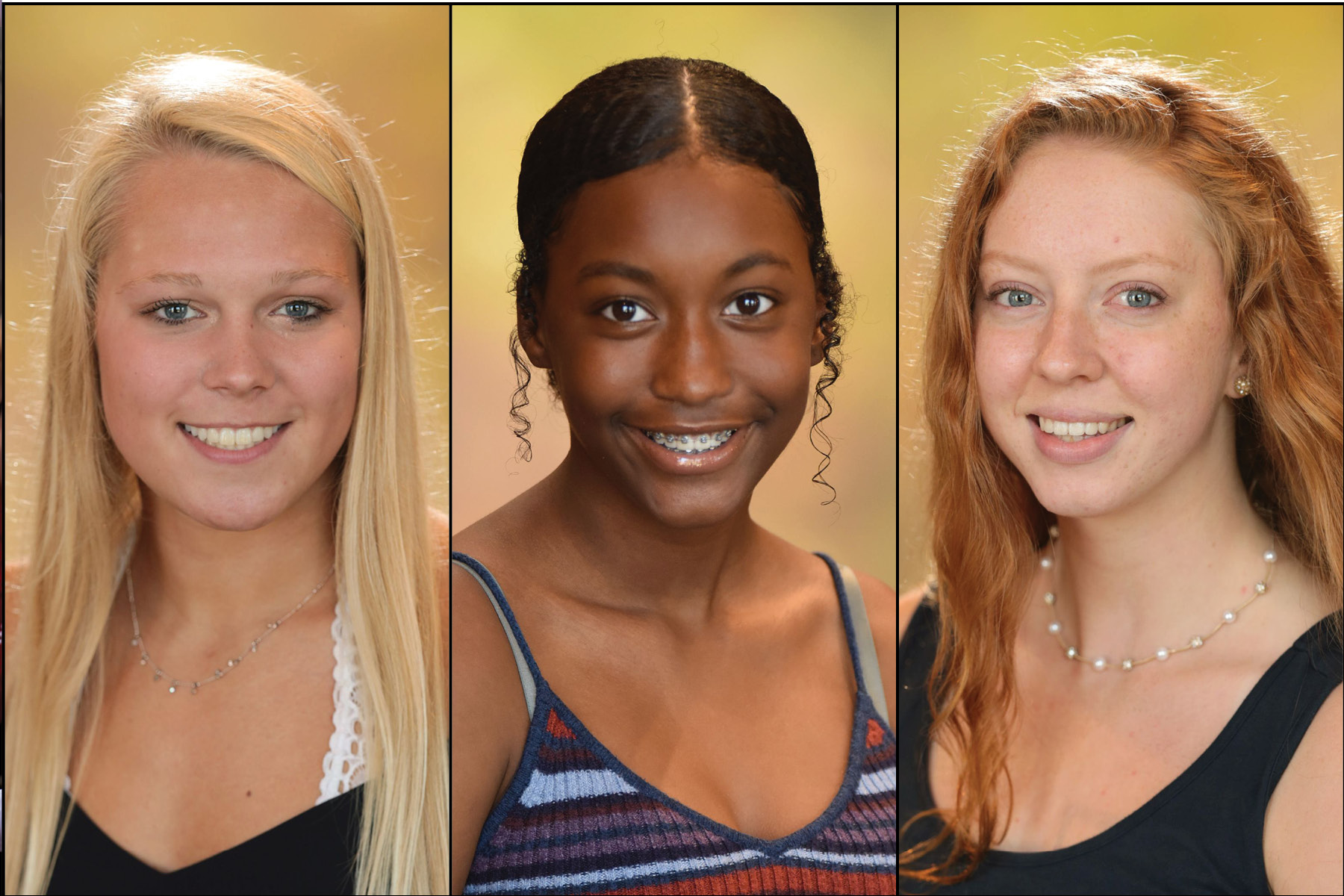 Meaghan and Sofie, among others, contributed to the successful 2018-2019 swim and dive season. Meaghan took 4th place in the 50 Freestyle and 7th in the 100 Freestyle at States in mid-February, while Sofie led the charge for the Snails with wins in the 200 Individual Medley and the 100 Breaststroke. Sofie also set a new VISAA State record in the breaststroke with a time of 1:03.14.

Head Coach Rod Montrie expressed his excitement by saying, “These girls did an outstanding job representing their school and their team. They worked so hard, and that it’s great to see their efforts pay off."

“We are very excited to see that Cayla made the all-league team again,” said Head Coach and Athletic Director Katie LaRue. “She has worked tirelessly this year in both the Fall and throughout the season to improve her skills and become a more dynamic player. There is tough competition in the ISL so it’s an honor to be selected to the team of eight players out over 70 athletes.”

Congratulations to Meaghan, Sofie, and Cayla on their accomplishments during the Winter Season!