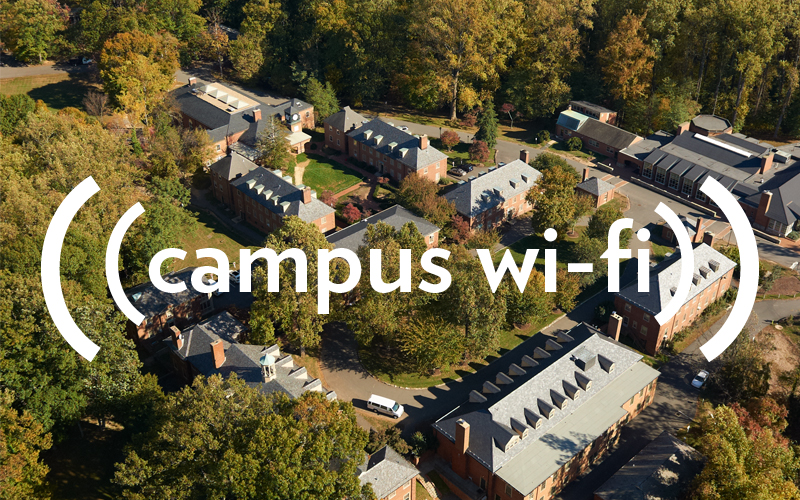 The current sentiment of the world, and Madeira community is the more Wi-Fi, the better! With the number of mobile devices outnumbering the global population, mobile connectivity is an important part of our modern lives.

This summer and during the final construction phases, the Madeira IT Department has added 16 additional Wi-Fi units on campus. Students and community members will now be able to look up game rules and tweet scores at the upper fields with the addition of a unit at the gatehouse. A second unit added at the stables, means the horses can keep up on the races. Boarding students and campus residents will be happy to hear that dorm connectivity will be greatly improved with the addition of Wi-Fi units to cyberpods in North, South, and West Dorms, and New Dorm now has an additional unit in the lower level. Two units have also been added to the library (back conference room and AV room). And following construction, Main Dorm will go from four units to eight and East will go from three units to seven.

Want to know more about Wi-Fi? Check out 50 Incredible Wi-Fi Tech Statistics That Businesses Must Know from Vala Afshar via Huffington Post.