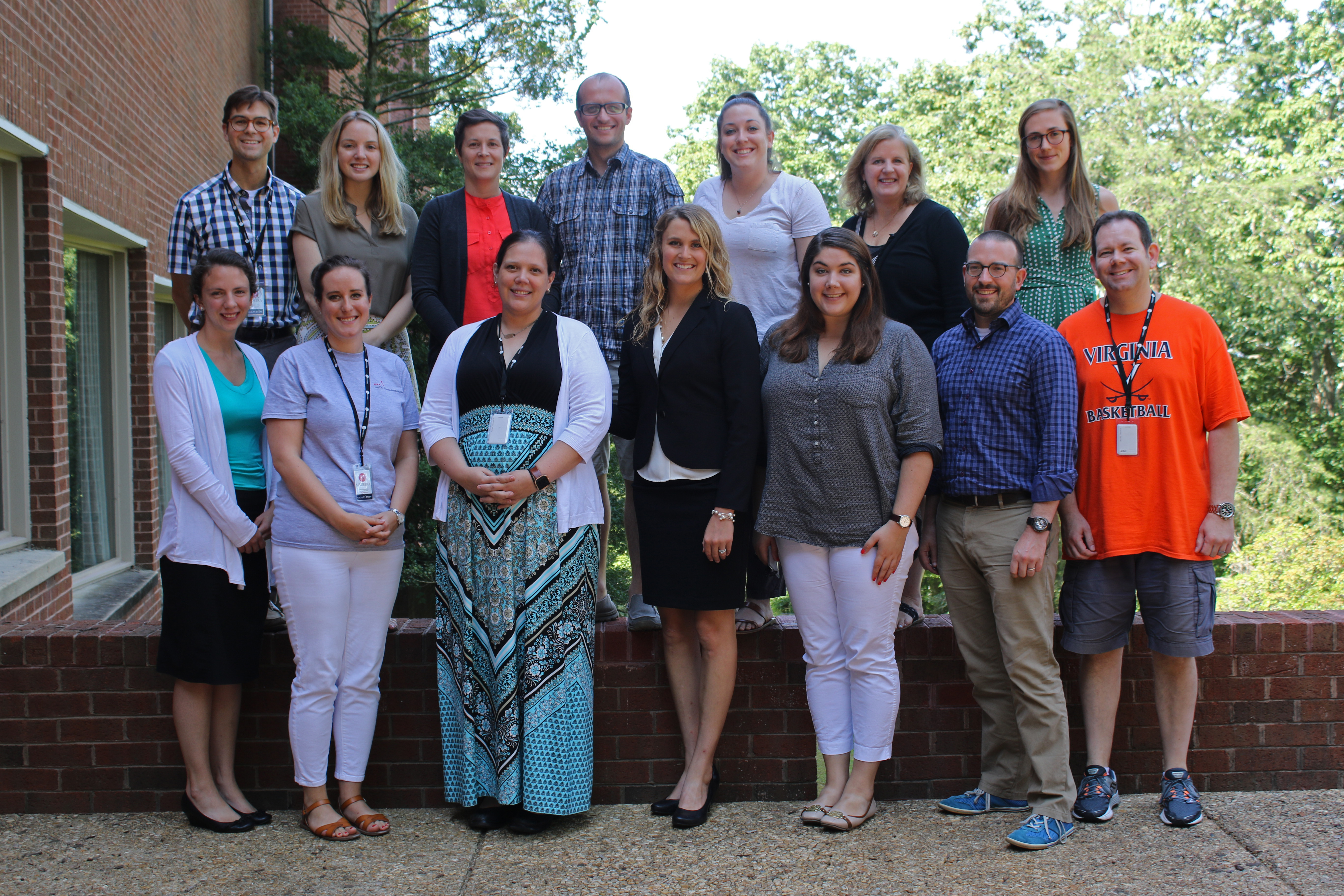 Paul Bednarowski is joining the World Languages department at Madeira. He teaches all levels of Latin. He earned a B.A. from The University of Chicago and an M.A. and Ph.D. from The University of Texas at Austin. He has taught at the college and high school levels, most recently at The Boys’ Latin School of Maryland in Baltimore.

Sarah Blanke joined the Summer Programs department in April 2016 and just completed her first summer at Madeira. Sarah has experience in a variety of camp settings and most recently worked as Assistant Director of an English language immersion program for international high school students. She holds a B.A. in History from The College of William and Mary.

Katie Fotofili joins the Admissions team. She is a campus resident and serves as a dorm adult in Main dormitory. Prior to coming to Madeira, Katie spent four years teaching in the Marshall Islands. She is a graduate of the University of Florida.

Katherine Gianino joined as the Co-Curriculum program as Assistant Director in 2016. Previously, Mrs. Gianino worked for six years at Millbrook High School in Winchester, VA, where she was the co-advisor of National Honor Society and taught World History and Advanced Placement US Government. She holds a B.A in History from the University of Mary Washington and a M.Ed. from James Madison University.

Katie Grover joins the Madeira staff after four years at St. Stephen’s and St. Agnes School in Alexandria, VA.  Prior to being a Saint, she worked as the head athletic trainer at Vinton County High School in Ohio and the assistant athletic trainer at DeMatha Catholic High School in Maryland.  Katie earned her Bachelor’s degree in Athletic Training from Lynchburg College and her Master’s degree in Athletic Training from Ohio University.  Currently she is serving as the membership chair for the Virginia Athletic Trainers’ Association.  Katie considers herself a lifelong learner and in her free time likes to craft and spend time with her husband Curtis, son Ridge, and Siberian Huskies Mauer and Kota.

John Ifft is excited to join Madeira for the 2016-17 school year after teaching at Flint Hill School in Oakton, VA for 18 years. During that time, Mr. Ifft taught the entire spectrum of high school math courses, with a specialty in AP Calculus. A Northern Virginia native, he earned both his B.A. and M.A. from the University of Virginia. He enjoys cheering on his Wahoos in all sports!

Kathryn Jones joins the History department this year. Previously she worked at the American Community School in Beirut, Lebanon, where she taught world and Middle Eastern history. She is passionate about promoting global citizenship, and has done so in the classroom, through Model United Nations, and through student-led community service initiatives with refugees. She earned her bachelor’s degree in international relations from Mount Holyoke College in South Hadley, Massachusetts and her MA in Middle Eastern studies from the American University of Beirut.

Karen Joostema is joining Madeira as Director of Communications and Marketing.  Karen’s marketing and communications career has encompassed classical brand management at Kraft Foods and Avery Dennison, business-to-business strategy and marketing in the telecommunications industry, as well as entrepreneurial experience with small businesses.  Karen earned a B.S. in Nutritional Sciences with a minor in Communications from Cornell University and an M.B.A. in Marketing and International Business from New York University.  In addition to her professional expertise, Karen knows the Madeira community from the inside as a proud parent (Kristin, ’16), and is thrilled to support Madeira’s mission of launching women who change the world.

Katie LaRue comes to Madeira after serving as associate director of Athletics at Mercersburg Academy, where she managed logistics for 45 teams and served as head girls’ basketball and volleyball coach, as well as being an integral part of the residential life programs. As a coach, LaRue has successfully developed winning programs with strong cultures. During her tenure as Mercersburg Academy’s head girls’ basketball coach, the program re-established itself as a competitive force.  In 2016, Mercersburg had its most successful season in program history, winning its first-ever Pennsylvania Independent Schools Athletic Association championship, and LaRue was voted Public Opinion Coach of the Year. Prior to her time at Mercersburg, LaRue led her first basketball team at Asheville School to the Carolina Athletic Association Conference finals, upsetting the No. 1 seed along the way. Her players have earned many post-season honors and she has supported numerous athletes through the collegiate recruitment process.

Elizabeth Mellen joined the development office in June 2016 as assistant director of alumnae and parent relations. Prior to coming to Madeira, Elizabeth worked in development at The George Washington University.  She is a graduate of the University of Virginia.

Kelly Picardi came to Madeira in the fall of 2015 as the Head Varsity Volleyball and JV Basketball Coach, and joined as an Assistant Athletic Director for Sports Information in the fall of 2016. A native of Greenville, South Carolina, Kelly attended Hillcrest High School, where she captained and help lead the Rams to their first and second state championship titles. Kelly continued her volleyball career at Furman University, where she obtained her Bachelor’s degree in Health Science and was a four year starter and two year captain. Following graduation, Kelly became the Head of Game Operations at Furman University, then pursued a career in sales management and marketing in Southwest Virginia. Kelly also coaches volleyball with Virginia Elite volleyball club in McLean. She loves the Madeira community, and is always excited to help students and athletes alike pursue opportunities to excel both on and off the court or field.

Glen Russell is new to the Mathematics Department this year. Before landing at Madeira Mr. Russell worked in China for eight years, most recently at the International School of Beijing. In addition to teaching math, Mr. Russell has served as a faculty advisor for a number of clubs and activities including the Duke of Edinburgh International Award, the GSA, Habitat for Humanity, and Student Council. Mr. Russell is originally from Trenton, Ontario and has a B.Sc. from Acadia University, a B.Ed from Nipissing University, and this past spring completed a M.Ed from the University of Toronto.

Suzanne Smedberg joins the science department in 2016 to teach physics.  She and her family reside on campus, and she serves on the dorm staff. She relocated along with her husband and seven children from Johnstown, PA, where she taught Physics and Mathematics for five years.  Suzanne graduated from Juniata College with a B.A. in Physics, History and Education, and a M.S. in Applied Mathematics from Indiana University of Pennsylvania.

Matthew Sudnik joins the History Department this year. Previously Mr. Sudnik worked for nine years at Central Catholic High School in Pittsburgh, PA, where he directed the scholars program and taught world history, human geography, and humanities. He holds a B.A. in Philosophy from The Catholic University of America and a M.T.S. in Religious Studies from Harvard Divinity School.

Larry Pratt returns as a full time teacher in the History Department after four years conducting nonprofit work in young voter turnout. Mr. Pratt began teaching history at Madeira in 2000.  During his four year absence, he continued to substitute for Madeira History teachers and assisted coaching the Varsity Basketball team.

Lucy Gerrity, formerly the Admissions Coordinator, has transitioned to the Athletic department as the Assistant Director of Athletics. She will also continue to coach field hockey and lacrosse.

Camila Salaverria Lengyel, will shift from her positions at the Adult on Duty desk and Co-Curriculum office, to serve in Admissions office as Admissions Coordinator.