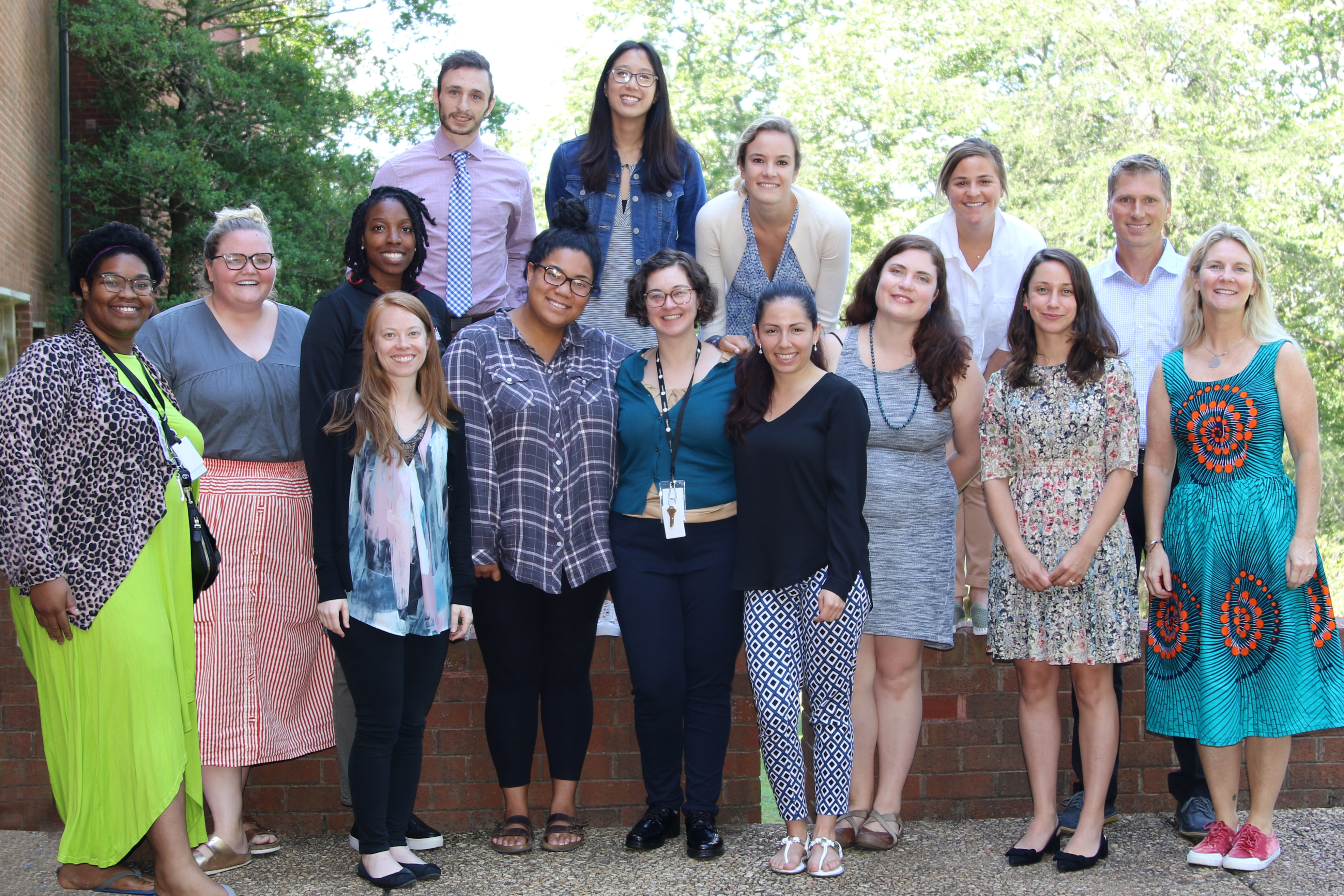 Madeira is pleased to welcome an impressive array of  new faculty and staff members who have joined us this school year. We look forward to seeing their contributions in the classroom and around campus.

Nicholas Bower, Science Teacher
Nicholas Bower received his B.Sc.in Astrophysics from Brown University and his M.Sc. in Physics from Carnegie Mellon. He spent his first 2 years of research studying biophysics and microfluidics, prior to switching to particle physics. He spent 4 years working with Compact Muon Solenoid experiment, one of the two main particle detectors on the Large Hadron Collider at CERN. Mr. Bower took a variety of roles within the experiment, from data collection, to SUSY and Dark Matter data analyses. Alongside his research, he spent 2 years teaching college math to inmates at the Rhode Island Men’s Adult Correctional Facility. He is also the JV Volleyball assistant coach.

Sara Chuang, Science Teacher
Sara Chuang earned her bachelors degree in Chemical Engineering at Columbia University, and her Ph.D. in Chemical and Biological Engineering at Princeton University. Her thesis work involved studying bacteria attachment to surfaces and how attachment influences bacterial virulence. In addition to a passion for science and engineering, she enjoys playing strategic board games.

Jon DiCandilo, Athletic Trainer
Jon is a Certified Athletic Trainer (ATC) and Certified Strength and Conditioning Specialist (CSCS) with 20 years of experience educating others in fitness and health. He joins Madeira Athletics after working in Japan with a professional men’s basketball team. Prior to that, he was the Head Athletic Trainer at The Hill School in Pennsylvania and overall has spent 15 years of his career working with high school athletes. He holds a M.S.S in Sports Medicine & Sport Fitness from the United States Sports Academy.

Emily Dowd, Librarian
Emily Dowd joined Madeira in 2018. She received a bachelor’s in History and German studies from Lewis & Clark College in Portland, Oregon and her master’s degree in Library and Information Science from the University of Maryland. She is a former Fulbright Scholar who spent 3 years living and teaching in Munich and Mainz, Germany.

Susie Keller, Major Gift Officer
Susie Keller joined the Development Office as Major Gifts Officer in August 2018.    She comes to Madeira with nine years of independent school experience, most recently at St. George’s School in Newport, Rhode Island.  Susie earned her BA from Brown University, where she also played Varsity Soccer.  She sits on the Advancement Committee at Nashoba Brooks School and served as the Communications Director for the Board of Directors for the Brown Club of Rhode Island.  Susie lives in NW DC with her husband Jake and their son, Otto and two black labs. She enjoys running, cooking, and travel.

Cara Peterson, Director of Programming and Operations, Co-Curriculum (temporary)
Cara Peterson joined the Co-Curriculum Office to fill in for Director of Programming and Operations Melissa Bejjani during her maternity leave from August through November 2018. Cara double majored in Public Policy and Women's Studies at Duke University, and is currently working towards earning her Master's in English through Middlebury College. Outside her work at Madeira, she is finishing a book on the gender issues today's women run into in college entitled The Effortless Perfection Myth, which is to be published in the Fall of 2019.

Sara Rhodin, History Teacher
Sara Rhodin joined the History Department in 2018. Previously, Ms. Rhodin taught history for four years at George School in Newtown, Pennsylvania, where she also served as a faculty sponsor for Junior State of America, Model UN, student peer counseling, and the class of 2018. Prior to becoming a teacher, Sara worked at Open Society Foundations, Freedom House, and the State Department, and was an intern at the New York Times Moscow bureau in 2008. She holds a BA in International Affairs from The George Washington University and a Master’s in Russian Studies from Harvard.

Dayana Rivera, Gifts and Acknowledgement Coordinator
Dayana Rivera joined the Development Office as the Gifts and Acknowledgements Coordinator in November 2017. Prior to joining the Development team, Dayana was the Records Specialist for DLA Piper Law Firm in Reston, VA and DC. She enjoys the outdoors, soccer, and traveling to Bolivia where she volunteers at the Children’s Hospital.

Ellen Ruppert, Senior Stewardship Officer
Ellen Ruppert joined the Development Office as Stewardship Officer in October 2017. She earned a Bachelor of Arts in English from Sewanee: The University of the South, where she received her first introduction to fundraising as a phone-a-thon student caller. Most recently, Ellen served as Donor Communications Manager for the Competitive Enterprise Institute.

Kate Scott, STEAM Specialist
Kate Scott joined Madeira in 2018. She is an inventor, designer, consultant, and avid researcher of technology, fashion, and mass customization of apparel and footwear. Her work in 3D printing and digital fabrication includes prototyping footwear, apparel, 3D printing on fabric, auxetic structures and experimental textiles. Kate earned a B.F.A. in International Fashion Design from the Fashion Institute of Technology, a Master Certification in Footwear Innovation from SLEM Innovation and Training Institute for Footwear and Leather Industries, and has successfully completed Master-level coursework at NYU Tandon School of Engineering.

Shields Sundberg, History Teacher
Ms. Shields Sundberg began her career in independent schools at Madeira in 1997, where she taught for seven years in the History Department. After a 15-year teaching at Phillips Exeter Academy and Sidwell Friends School, Shields returned joyfully, in 2018, to the classroom across from her old one in Schoolhouse I!  Ms. Sundberg is a proponent of girls' education, feminist pedagogy, African Studies, and global social justice.  She earned her BA in African American Studies and Political Science at University of Rochester (go Yellowjackets) and a Masters in African History at University of Chicago.  In addition to a teaching career devoted to global engagement, Shields serves as the Executive Director of a Non-Governmental Organization devoted to global youth empowerment and plays an active role in an NGO devoted to rural northern Haiti.  Additionally, Ms. Sundberg partners with schools in eastern Africa and the United States to develop African studies curriculum for students and adults.   Beyond teaching, Shields enjoys learning about African art, opportunities to travel, listening to music, playing with her dogs (#woof), and being with her family.

Adalia V. Tonneyck, Production Manager
Adalia V. Tonneyck has been designing costumes for the Madeira Theater Department since 2014 and now has joined the faculty as the Production Manager. For the last 9 years Adalia has been working in the D.C. Metro area as a freelance theater artist, at such companies as The Folger, Traveling Players Ensemble, GWU, Howard University, Constellation, Signature and Adventure theater. She holds a B.A.F in Fiber Arts from S.C.A.D University of Creative careers and M.F.A in Production Design from George Washington University.