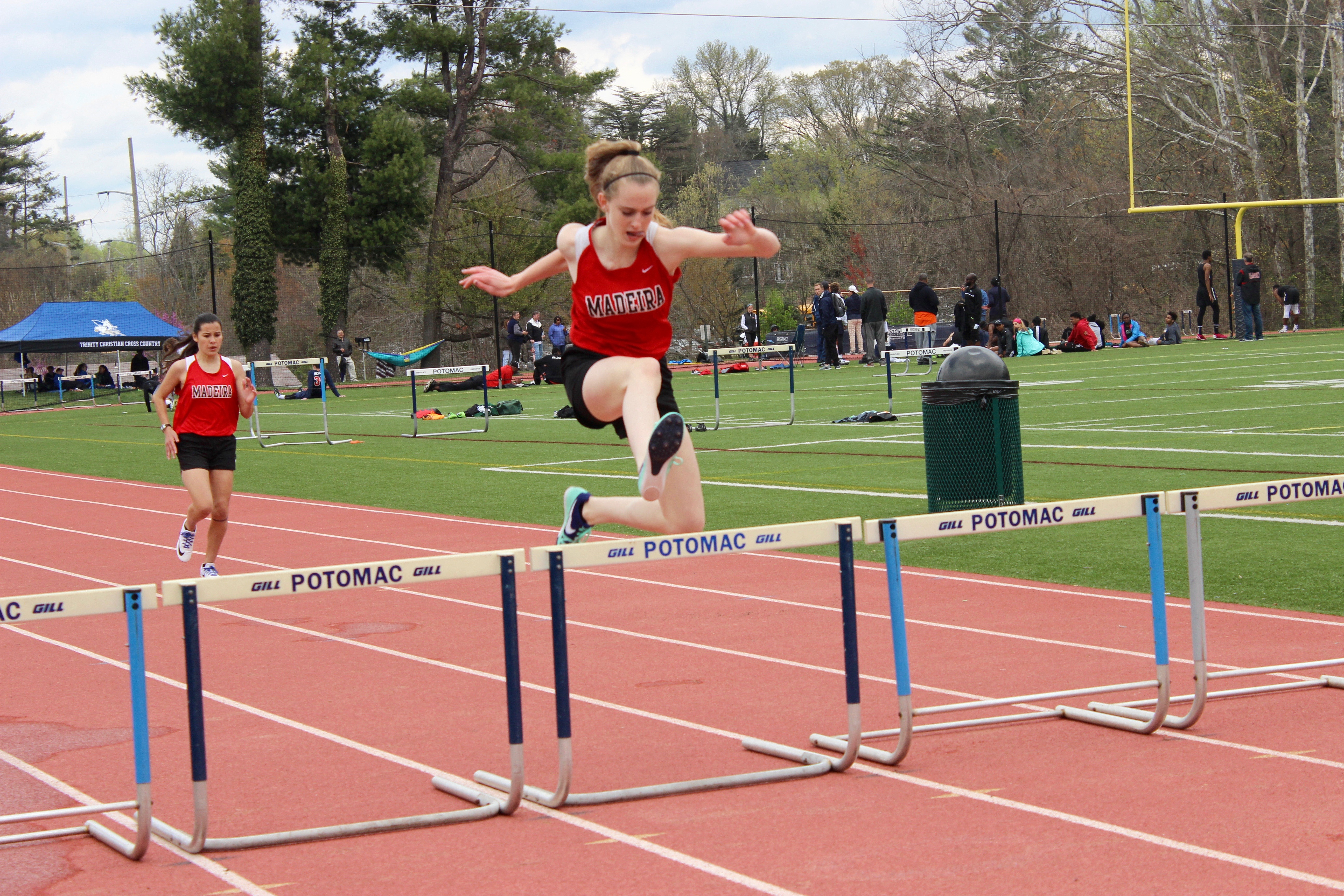 On May 13 and 14, Madeira’s track and field team competed in the ISL Championships hosted by Holton-Arms School in Bethesda, MD.

“It was an unbelievable performance by the freshman!” said Coach Michele McCormick. “Lauren Grohowski '19 not only placed fifth in the 100m hurdles, but broke the Madeira record once again with a 17.46, beating her old time of 17.85!”

Freshman Monteanna Saunders placed 8th in the 300m hurdles with a time of 49.03 seconds. She broke her own record by 1.53 seconds.