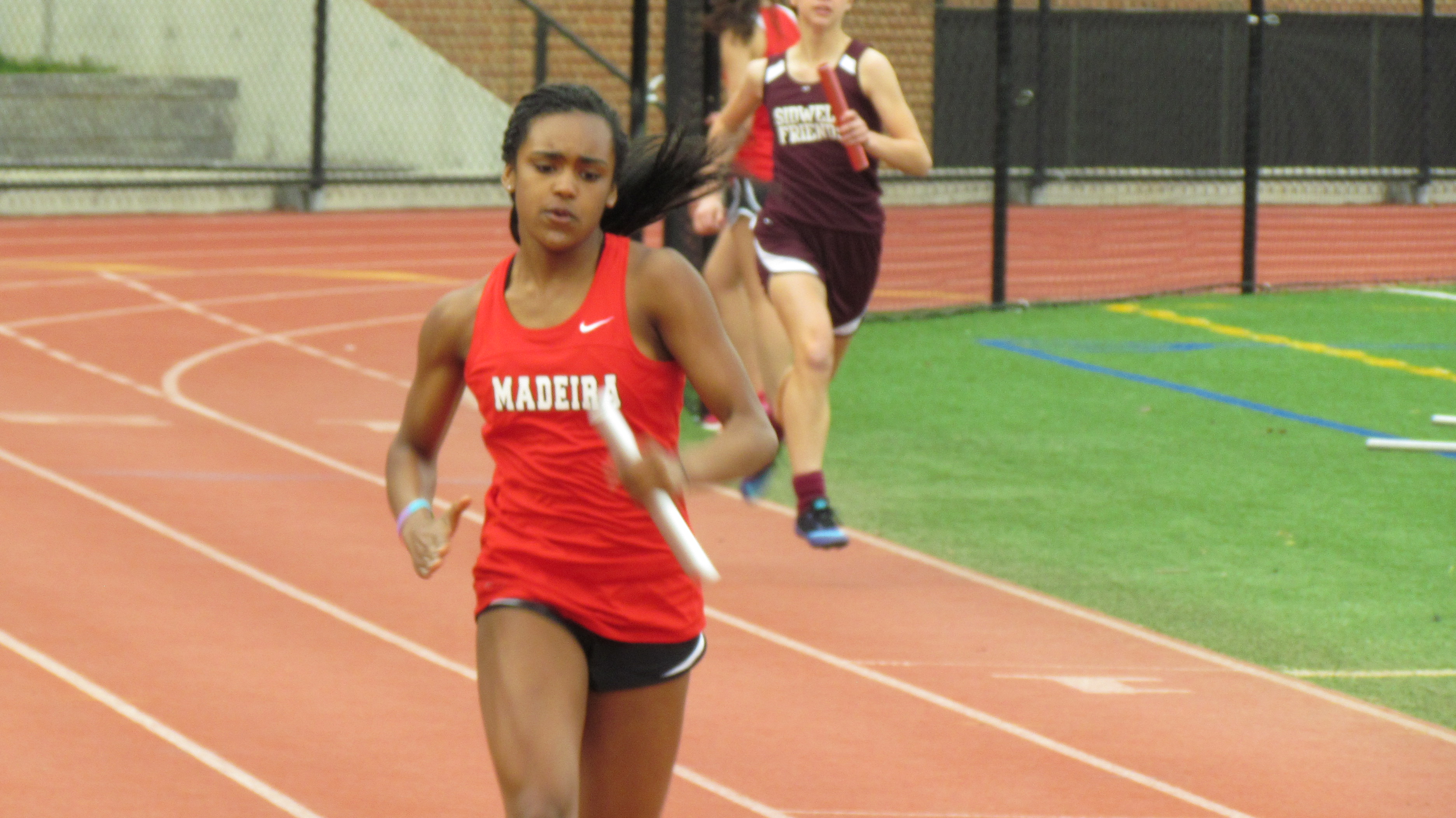 After a promising start at the competitive Potomac Invitational on April 11 (finishing sixth out of eleven teams), the Snails met with Flint Hill, Sidwell, NCS, and Maret on April 22 at Flint Hill. Our runners, jumpers, and throwers were up to the task! Junior Oyin Adenekan led the way in the sprints, winning the 100M in 13.19. Her teammate Katy Tidd was right behind in a season-best mark of 13.84. Oyin also anchored the 4x100 relay, running with senior Leah Zeng, junior Niara Phoenix, and sophomore Kelly Nguyen to second place (and coming oh-so-close to nipping the lead runner!). Sophomore Cyan Perdue took second place in the shot put, and frosh middle distance runner Caroline Van Kirk took second in the 800M with her season-best time of 2:45. Senior miler and distance captain Yasmeen McGettrick ran her 1600M in 6 minutes flat, with her teammate, senior Eudora Peng, running 6:19. Frosh 800 specialist Violet Peva continued to thrive, running just under 3:00 in that event, with sophomore Josey Dunbar right behind at 3:04. Major kudos to seniors Anna McMahon and Stephanie Michas, who entered the grueling 300M hurdles for the first time and earned times of 1:03 and 55.90, respectively. In the longer sprints, sophomore Sequoia Ragland ran the 400M in 65 seconds, while sophomore Sinclaire Jones led the way in the 200M with a time of 28.64. The traditional close of every track meet, the 4x400 relay, would not slip by without a Madeira best, too. Our team of Stephanie Michas, Caroline Van Kirk, Yasmeen McGettrick, and sophomore Sophie Notter earned first place with a time of 4:45.

We returned home tired, happy, and strong in the knowledge that all had given their utmost. That total team effort was rewarded with the results: a resounding Madeira victory! The Snails scored 88 points, far outstripping our closest rival, Sidwell (67 points). Come root for us next at the prestigious Draper Invitational, Friday & Saturday, May 1-2.