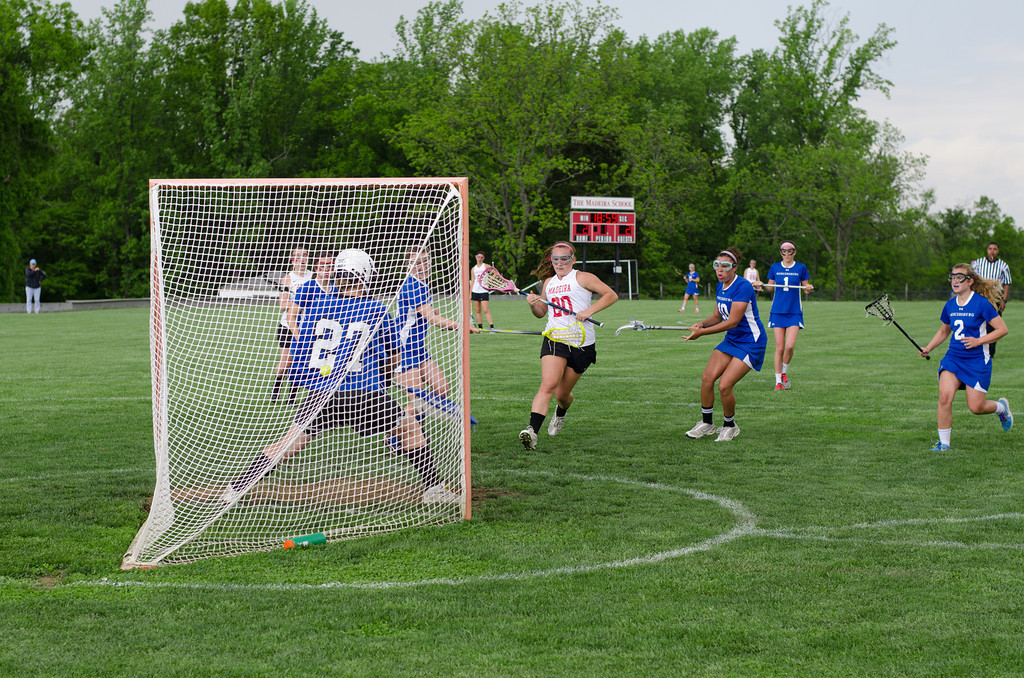 They played St. John’s in the final and were victorious.

The girls won with a score of 12-11 after being down by three goals for most of the game.

That was 282 pitches – way to go Ashley and Dominique!

Only 72 athletes in the US are invited to be in this group.

She helped her team to an impressive record this year. The varsity equestrian team:

Her performance earned her All-American honors and helped the team to a sixth place finish at states and third place finish in the ISL. Congratulations to Kylie and the entire Swim and Dive Team. I know Coach Montrie is very proud!

Over the course of 2012-2013, we had a number of girls earned individual honors, including 10 who received all-league honors.

Madeira also selects several athletes for annual awards. In 2011-2012, the Dorothy Lee Hayden Award was created to honor a beloved teacher and coach. The award is presented to a junior varsity athlete who has demonstrated loyalty to Madeira athletics as a participant and supporter; dedication to improving her core skills in her respective sport (s); growth as a leader due to her personal efforts and commitment to her teammates; and an overall appreciation for sports due to the pure enjoyment that athletic participation brings. This year, Kate Layman, a two-sport JV athlete and two-sport captain, who truly embodies the spirit of this award.

The Madeira Athlete of the Year award is presented annually to the athlete who has shown herself to be a superb natural athlete. This year's recipient, Natalie Konerth, has made a lasting mark on the varsity field hockey program. Her hard work and dedication to field hockey have earned her an athletic scholarship to American University.

Finally, the Kitty Stearns Buckman '44 trophy is presented annually to a Madeira student who has made an outstanding contribution to Madeira's varsity athletic program. The recipient possesses superb athletic skills, exemplary leadership qualities, a strong school spirit, and places great value on the sportsmanship aspect of the game. This year's recipient, Devin Williams, is a three-sport athlete and three season captain. She will be going on next year to MIT where she will also play lacrosse.