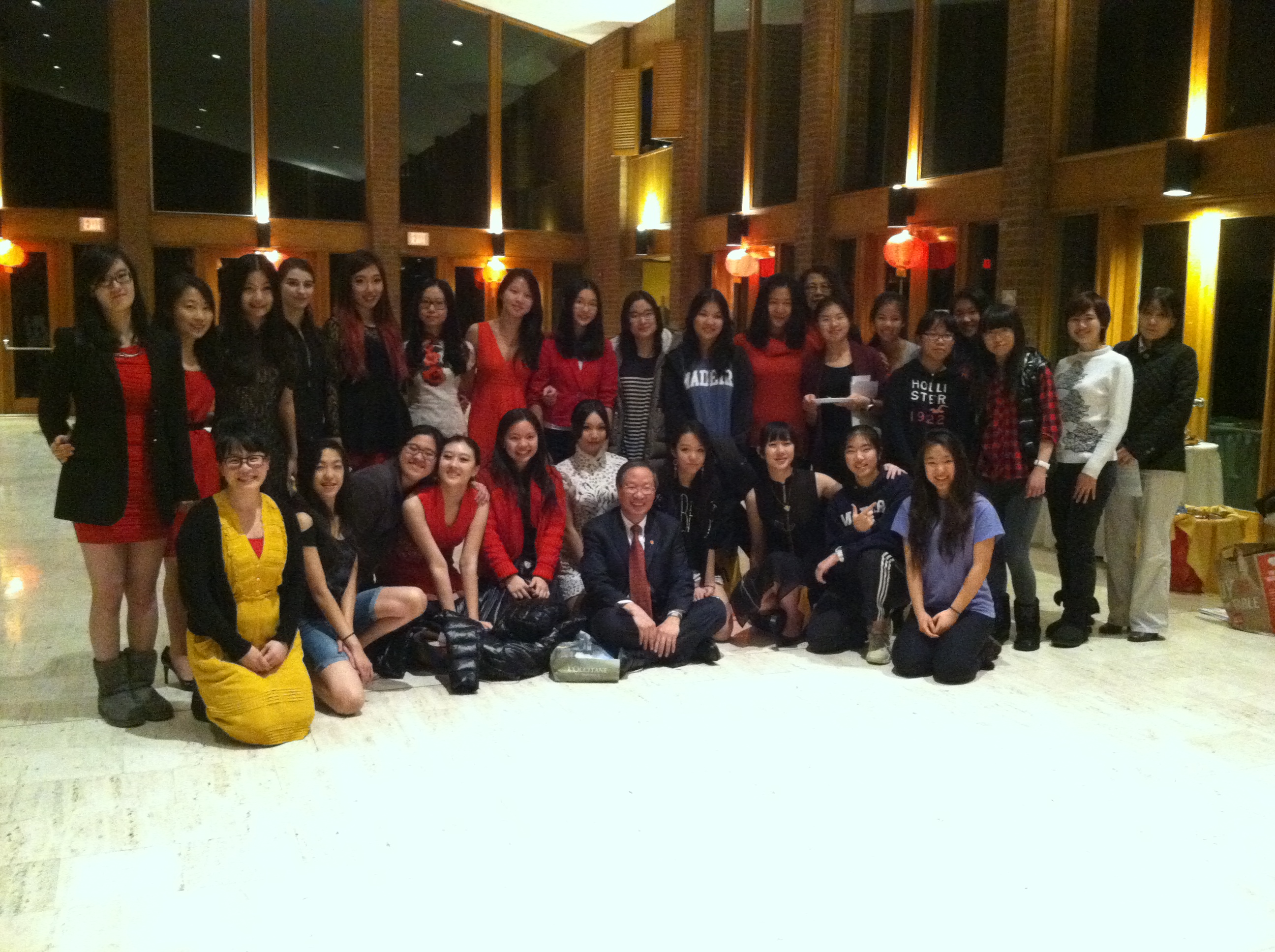 Members of the Chinese Culture Club

Madeira's Chinese Culture Club ushered in The Year of the Snake with their second annual culture fair on Friday, February 8.

The performance showcased the girls' digital, musical, and dance talents with an opening video created by Annie Yang ’16 linking each girl in the club to images of her hometown in China, swiftly followed by an impressive operatic performance of the Chinese national anthem by Madeira's well-loved math teacher, Mr. Cai, and professional musician, Ms. Xia parent of Yuchen (Miranda) Liu ’14. The performance showcased the individuality and unique talents of our club members while displaying aspects of shared cultural heritage, contemporary interests, and enduring values.

Overall the craft sale and performance were a wonderful way to celebrate the Chinese New Year and to invite the Madeira community to learn more about the cultural backgrounds and unique personalities of our club members.