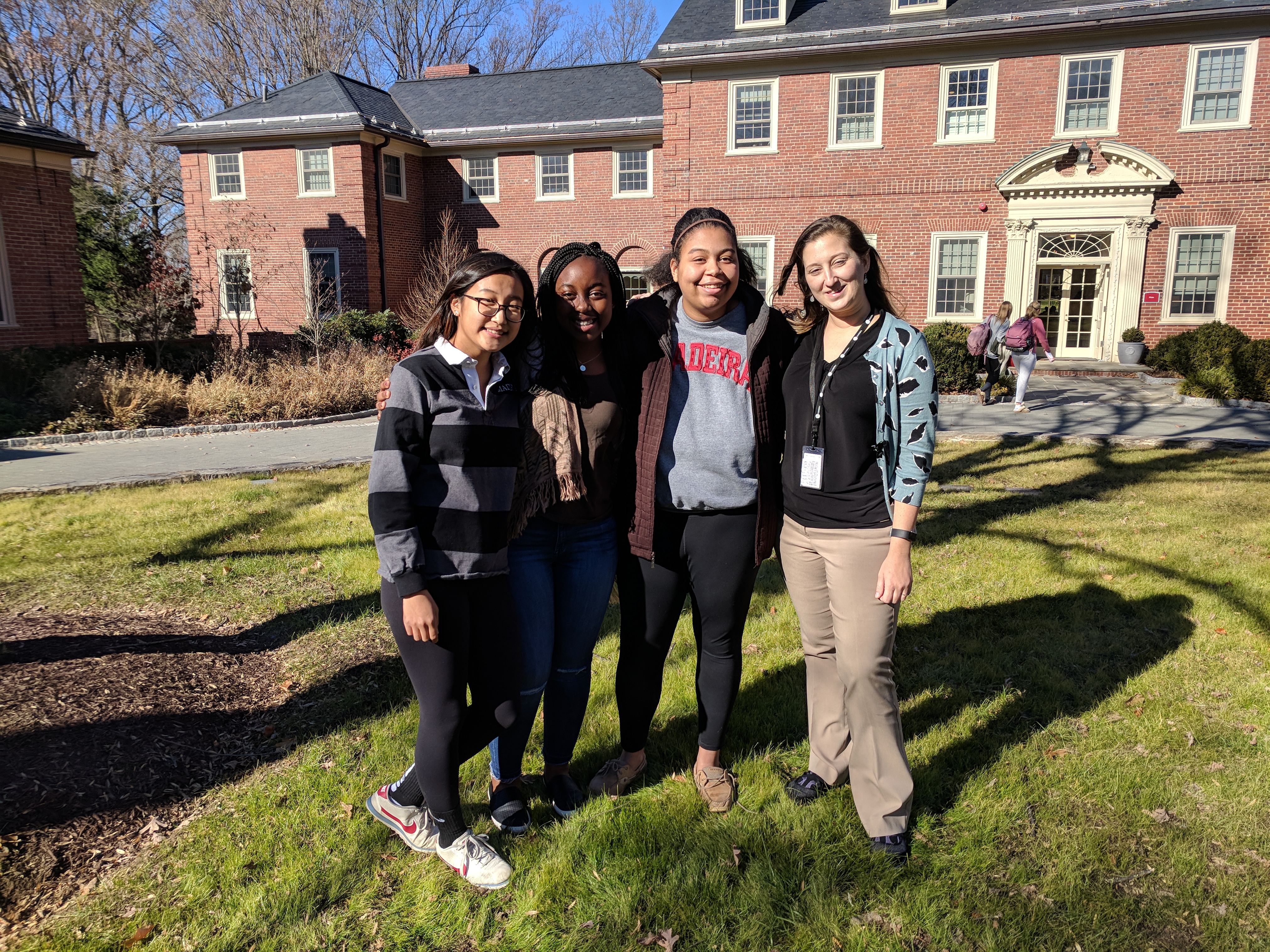 Spectator editors with their advsor

For the second year in a row The Spectator was awarded placement in the first class division in the National Scholastic Press Association (NSPA)competition. Entries are judged by teams of professionals based on the following criteria: coverage and content, quality of writing and reporting, leadership, design, photography and graphics. NSPA judges praised The Spectator’s coverage of campus events.

“I was amazed at your efforts in providing complete campus coverage. It shows that you have a very active school campus,” said a NPSPA judge. “This is not easy to organize, plan, and execute, so pat yourselves on the back for a job well done. These efforts were clear with the progression of each issue, too.”

In addition to the NSPA award, The Spectator  earned a third class in the highly competitive Virginia High School League (VHSL). The VHSL evaluates all Virginia high school newspapers in one league and includes both public and private schools. This was The Spectator’s first entry into the competition. VHSL judges complimented the paper on the strength of the student voice.

“You seem to have a great start to building a strong program, and I can see the improvement even through the year,” said a VHSL judge.  “The student voice is strong in the paper and pride in the school is evident throughout the publication.”

Lastly, The Spectator was awarded the Silver Division from the Columbia Scholastic Press Association (CSPA). The CSPA is an international student press association, founded in 1925, whose goal is to unite student journalists and faculty advisers at schools and colleges through educational conferences, idea exchanges, textbooks, critiques and award programs. CSPA judges praised the paper’s reporting.

“To The Spectator staff and adviser: you have a strong foundation to build on for the future. There are several excellent stories in the issues which feature top notch reporting and interviewing skills.”

Congratulations to the newspaper staff!