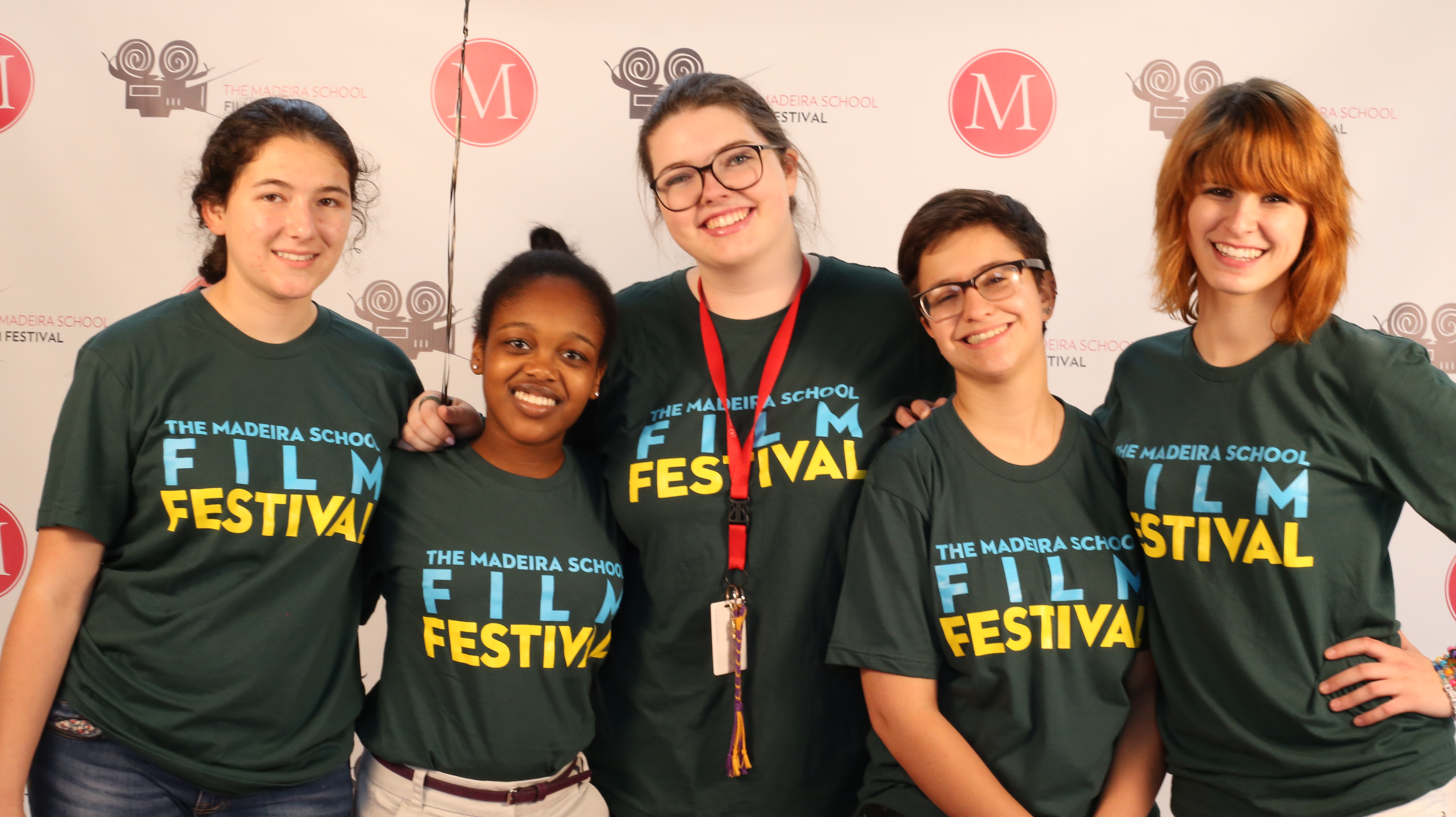 In just its second year, The Madeira School Film Festival is seeing tremendous growth. This year, close to 200 people came to the festival’s screenings and award ceremony on May 18, 2013 where 32 films were shown. (Sun Gazette feature, May 14)

Students from over 10 area high school competed in the competition. Jadie Stillwell, a freshman from Walt Whitman High School won first place for her film “Late Bloomer.” Second place went to Zack Young, a senior from Richard Montgomery High School for his film “Doomed Together.” Madeira senior, Maddie Ball won third for her film, “Jurassic Farce.” And fourth place went to Ellie Forman, a senior from National Cathedral School for her film “La Derniere Classe.” Films may be viewed online.

The festival featured workshops which were attended by over 35 student film makers from various schools. “The instructors did a fantastic job,” said Krista Cowan, director of theater and film at Madeira. “I think the students who attended certainly learned a great deal.”

Alumnae speakers, Libby Henson ’79 and Katherine Foust ’10 gave great advice not only to those interested in getting into the industry, but to all students: referencing the importance of taking any opportunities like internships when they present themselves, and how being flexible is critical when problems arise.

Ms. Cowan had high praise for the student-led Film Festival Council who handled many of the event details and who she credited with really making the event happen.

“We received a lot of really great feedback about the event, and we hope that next year is even bigger” said Ms. Cowan.

Three audience choice awards were given out to “Doomed Together” by senior Zack Young from Richard Montgomery High School, “Honk if you Love Someone” by sophomore Sophia Pink from Washington International School, and “Tech Off” by sophomore Saee Pethe from Falls Church High School.