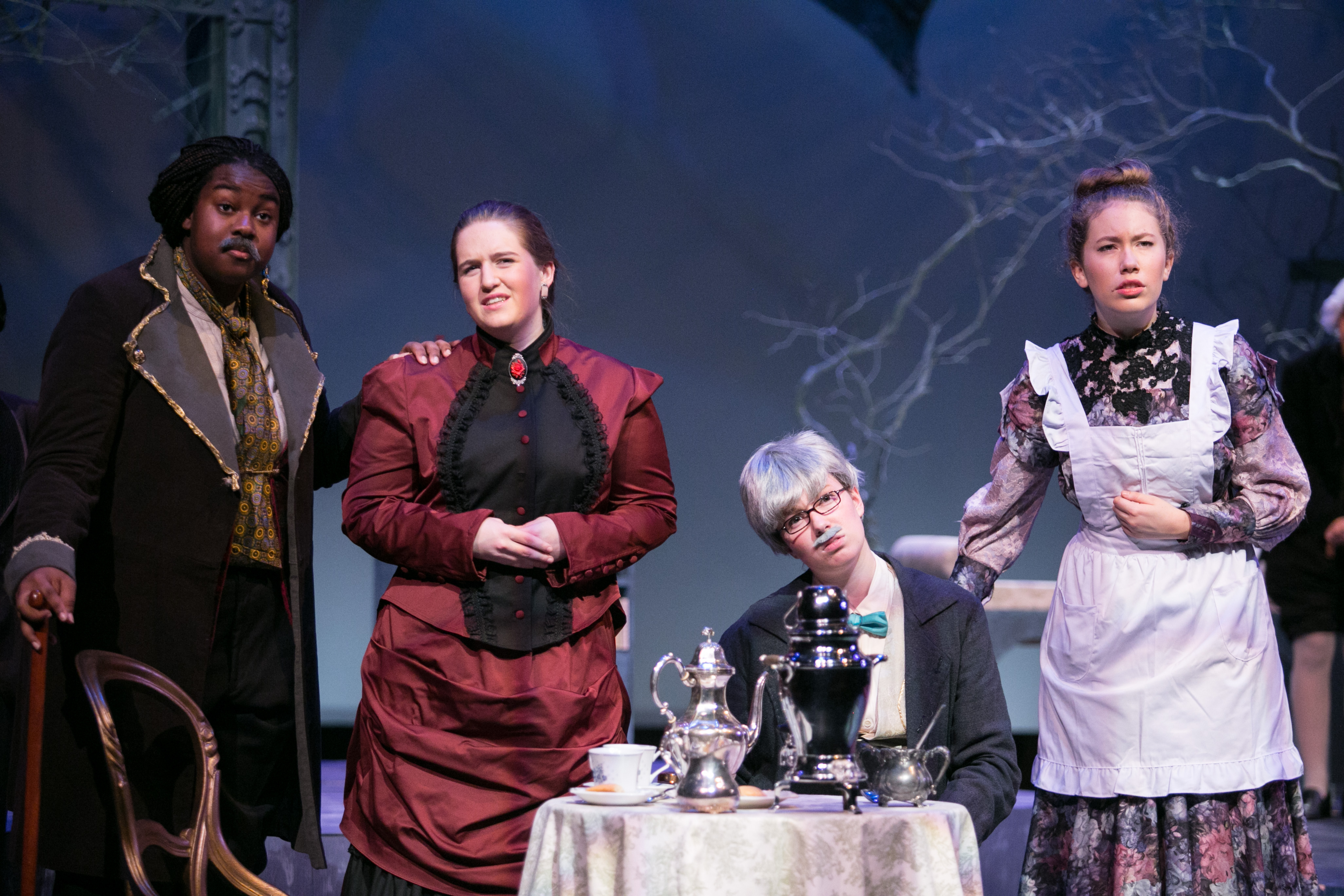 Cast of The Cherry Orchard

Friends and family packed the Chapel Auditorium for an end of October viewing of Anton Chekhov’s “The Cherry Orchard.” Taking place in turn of the century Russia, an aristocratic Russian woman and her family return to their family estate (which includes a large and well-known cherry orchard) just before it is auctioned to pay the mortgage.

Madeira students filled nineteen on-stage roles and more than thirteen technical positions. Because of the overwhelming turnout at auditions, several roles were shared by two actresses. “We had tremendous interest in the fall play this year, “said Scenic Design/Technical Director Sasha Newman, “It was really great to see.” Seniors Gaelyn Smith, Ann Tait Hall, Kristin Joostema, Mary Louise Callaghan kept the audience in stitches with their characters’ antics and eye-rolling behavior. Leading the technical crew were seniors Grace Kennedy, K Smith, Mona Hagmagid, Amanda Reilly and Jane Griffin. And of course underclasswomen in both the cast and crew brought this Russian comedy to life.

Since the first production at the Moscow Art Theatre, “The Cherry Orchard” has been translated and adapted into many languages and produced around the world.

View photos from the production here