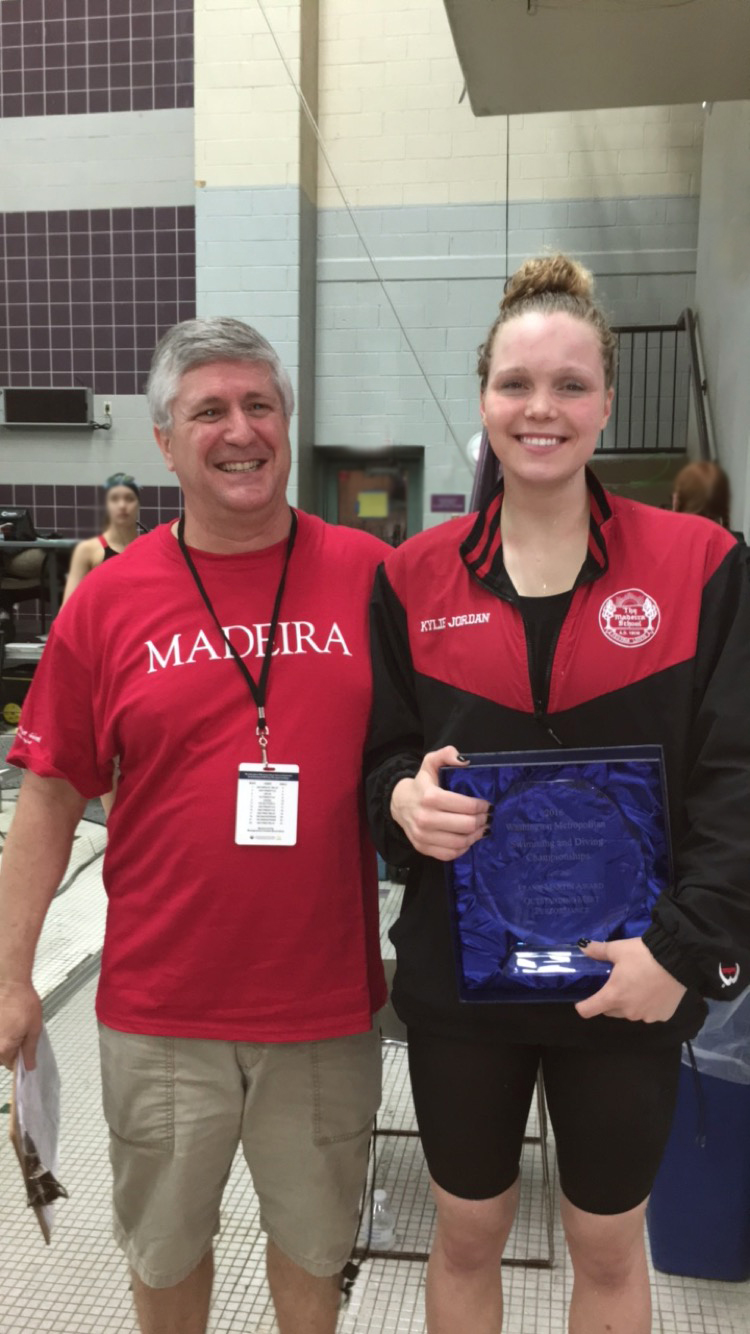 Kylie Jordan '16 won the 100-yard Butterfly in a time of 53.04, breaking her own meet record, and posted a 1:59.81 while winning the 200 Individual Medley. Both times earned Jordan an automatic All-American standing. Jordan earned another All-American nod in the 100 Freestyle, leading off the 400 Free Relay with a 50.56. At the conclusion of the meet, Jordan received the Frank L. Martin award for the outstanding swimmer at the meet.

Madeira won the 200 Freestyle Relay (Izzy Gati '18, Giovi Moriarty '18, Maddie Heilbrun '18, Jordan). This was the first time Madera had won a relay at this prestigious high school meet. The relay time of 1:35.72 was an automatic All-American time. The Snails took second place in the 400 Freestyle Relay (Gati, Meaghan Doyle '19, Heilbrun, Jordan) with an All-American consideration time of 3:30.89.

Maddie Heilbrun placed third in the 200 IM and fourth in the 500 Freestyle. Izzy Gati placed sixth in the 100 Backstroke and tied for fifth in the 100 Freestyle. The two sophomores combined to score 75.5 points, giving the Snails the scoring punch needed to break into the top five. The 200 Medley Relay (Doyle, Moriarty, Lindsay Lukehart '19, Morgan Rushforth '19) placed 19th scoring crucial points. Also representing Madeira were Mary McCarthy '16 (capt.) in the 500 Freestyle, Lindsay Lukehart, and Sophia Bernstein '19 in the 100 Butterfly and Meaghan Doyle in the 100 Free and 100 Backstroke.

"I could not be more proud of these girls," said coach Rod Montrie. "To come into this meet with only nine swimmers and compete against the biggest and the best teams in the city shows the true courage and determination of these athletes. Giovi Moriarty had a fabulous meet dropping four seconds in her 200 IM and two seconds in her 100 Breaststroke. The unsung hero of this meet was freshman Meaghan Doyle. She swam personal best times in both her relays and her two individual events. It's girls like her, and our other freshmen and sophomores, who get me fired up about seasons down the road," Montrie said.