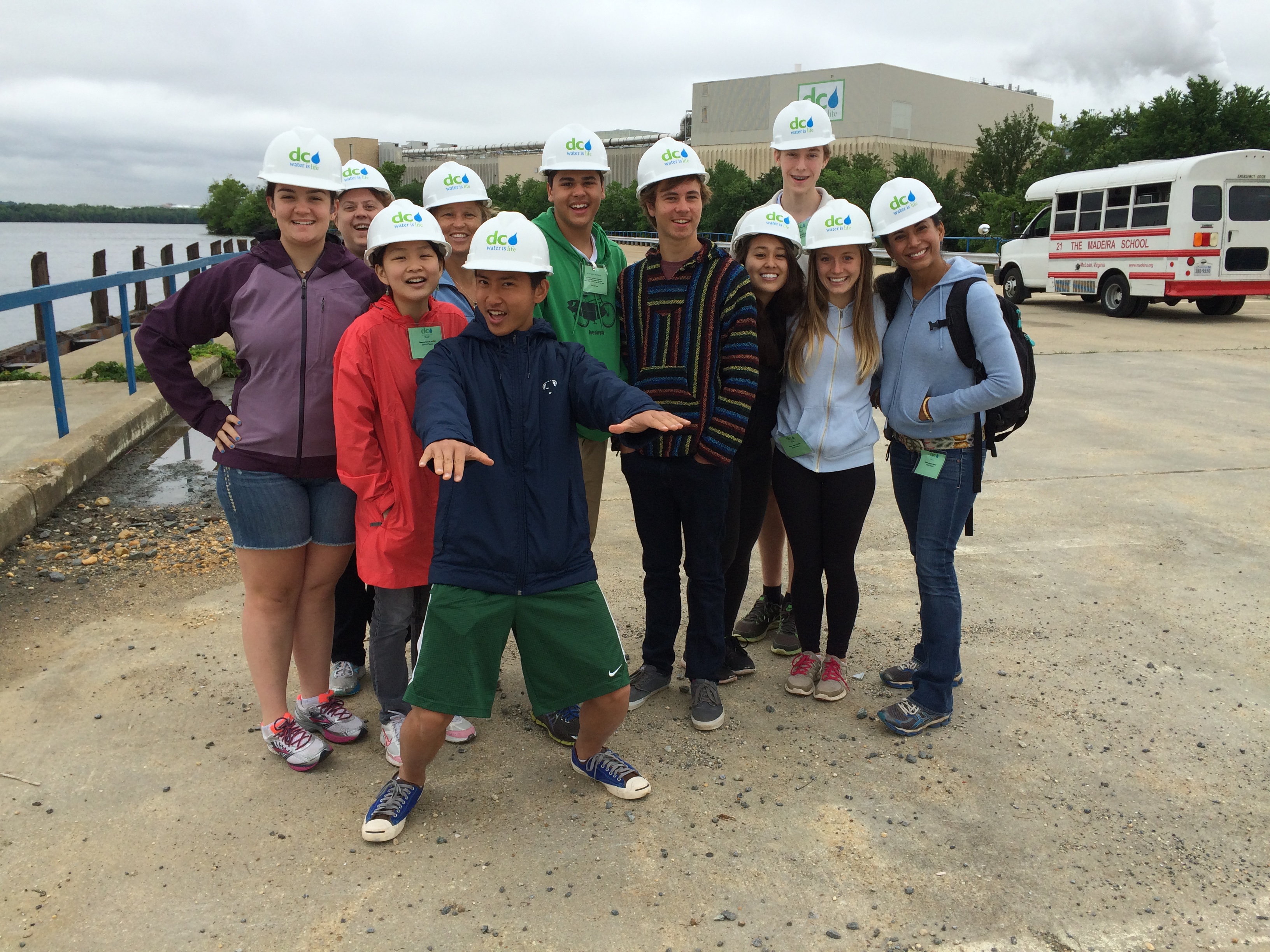 This June eight students, two from The Madeira School and six from the Hawaii Preparatory Academy in Waimea, Hawaii, joined forces for the second summer partnership to investigate and advocate for a sustainability issues.  The focus this year was all about water.  Over the course of two weeks, the students learned about water issues, potential solutions, advocacy and governance.  Along the way, they also had a fair amount of fun.

The first week focused on getting to know each other and learning about the health of waterways and the role of advocacy and government in protecting natural resources.  The students toured the Blue Plains Wastewater Treatment Plant – the largest, most advanced water treatment facility of its kind in the world.  They were also able to visit the much smaller treatment facility on the campus of Madeira.  They spent time with a range of environmental professionals from organizations such as the Interstate Commission on the Potomac River Basin, the Environmental Protection Agency, the Chesapeake Bay Foundation and the Natural Resources Defense Council.  The week was packed with new perspectives on the science of waterways and the structures in place to protect them.

The second week was all about action – taking what they learned and thinking about how to continue the conversation back home.  In addition to developing a group project, the students also met with three members of congress – Senator Mazie Hirono (D-HI), Senator Brian Schatz (D-HI) and Representative Tulsi Gabbard (D-HI).  The group shared with each member what they had learned and what plans they had moving forward.

After living and working together for two weeks, the group decided on an intriguing concept to carry back home with them.  A big revelation for several of them was the notion that small contributions do matter and can make a difference.  They focused their project on encouraging individuals to take small actions in order to contribute to the health of our shared waterways – things like taking shorter showers, eating less meat (specifically beef), turning water off when washing hands or brushing teeth.  They summed the idea up as – Small Feet, Small Steps, Big Change.  Both schools look forward to seeing this idea developed further in the coming year.

There were many highlights throughout the trip, but the best was forming new friendships and learning from each other.  If you might be interested in joining this partnership as it enters its third year, look for more information through Madeira and in future communications.  The trip, which will feature activities on both the big island of Hawaii and here in DC, is tentatively scheduled for June 4-25, 2016.