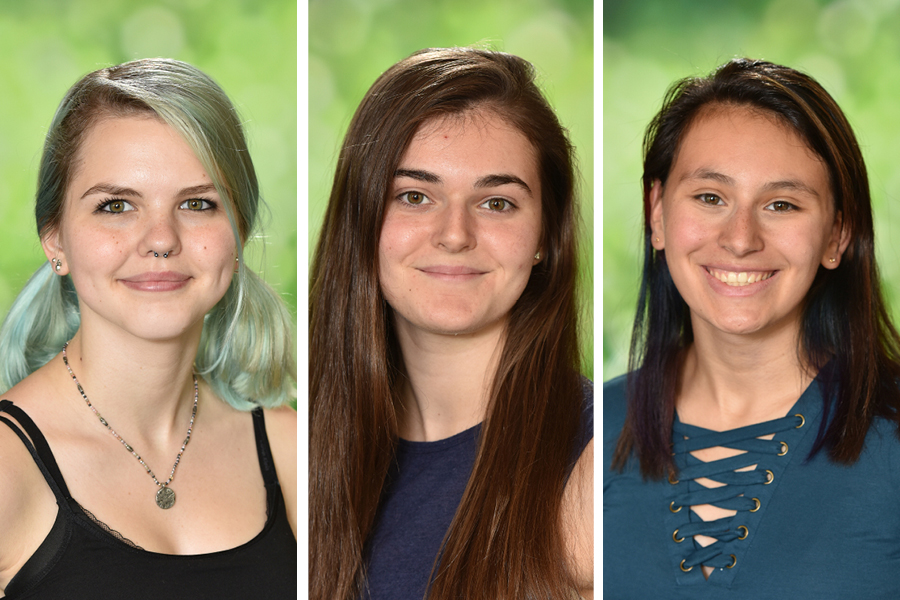 Teagan Dunbar, Heston Friedrichs, and Jess Newberg have been selected to attend the prestigious Governor’s Schools of Virginia.

Teagan Dunbar ’21 will attend the Governor’s School Spanish Language Academy at Washington and Lee University. The Governor’s Foreign Language Academies originated in 1986. The Spanish Academies are full-immersion experiences in using and communicating in the target language. Students are required to speak the foreign language 100 percent of the time.

“It is such a pleasure to see our student’s hard work rewarded at this level,” said Dr. Campos, Teagan’s Spanish teacher. “Teagan has always been a role model for her peers for her work ethic and humility. This year we also knew in class about her potential as a scholar with her deep thinking and cultural sensitivity. I am confident she will enjoy this multidisciplinary immersion program where, besides improving her communication skills in Spanish, she will continue to look for different ways to understand the world.”

Heston Friedrichs ’21 will attend the Governor's School in Mathematics, Science, and Technology. She has excelled in her math and programming classes at Madeira and will bring that experience to her session at The University of Lynchburg.

“Heston is intellectually curious about everything. She wants to know “Why?” She is determined to find the answers, said Jean Wright, Madeira math and computer science teacher. “She excelled in my Advanced Algebra II class and my AP Computer Science class and she embraces extracurricular activities. She was a member of the Madeira Programming Team and attended the University of Maryland Programming Contest in multiple years. She helped develop a programming curriculum for future members of the Team and was a leader with Madeira’s first CyberPatriot Team. She led her team to gold status which was remarkable for a first-year team.”

Jess Newberg '22 was selected to the Governor’s School for Humanities. Students in this program will explore the humanities in the digital age through history, literature, philosophy, anthropology, political science, economics, sociology, psychology, and media at Radford University.

The Virginia Governor's School Program began in 1973 when Governor Linwood Holton established the first summer residential programs for 400 gifted students from across the commonwealth. From its beginnings, with three summer schools in 1973, the program has expanded to more than 40 sites throughout the commonwealth.

Congratulations to Teagan, Heston, and Jess!