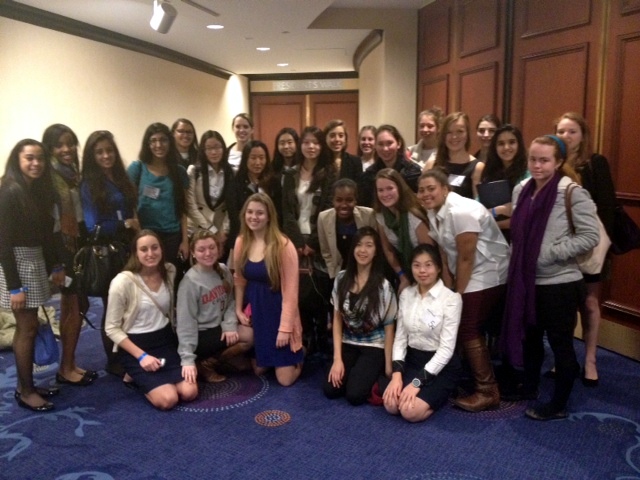 A total of 31 Madeira students participated in the 50th annual North American Invitational Model United Nations (NAIMUN) over Winter Weekend, February 15-17. Since 1963, students from around the world attend this conference to step into shoes of UN Ambassadors and debate a range of issues on the UN agenda. Through dialogue, debate, and negotiation, over 3,000 high school students sought to find solutions to world issues including health, security, economic stability, and human rights at the event.

Madeira girls who attended primarily represented Pakistan and the Sudan, in addition to single delegation for other countries and individuals. Izzy Olson ’13 and Paulina Cheves ’13 were awarded a verbal commendation from the chair of their committee for their debate skills and attention to the details of international diplomacy for their representation of the Sudan in POLISEC (Political and Security Council) 1963, a historical committee discussing apartheid and international disarmament.

The conference is hosted by the Georgetown International Relations Association and is the culminating event for the winter trimester of the Model UN activity.