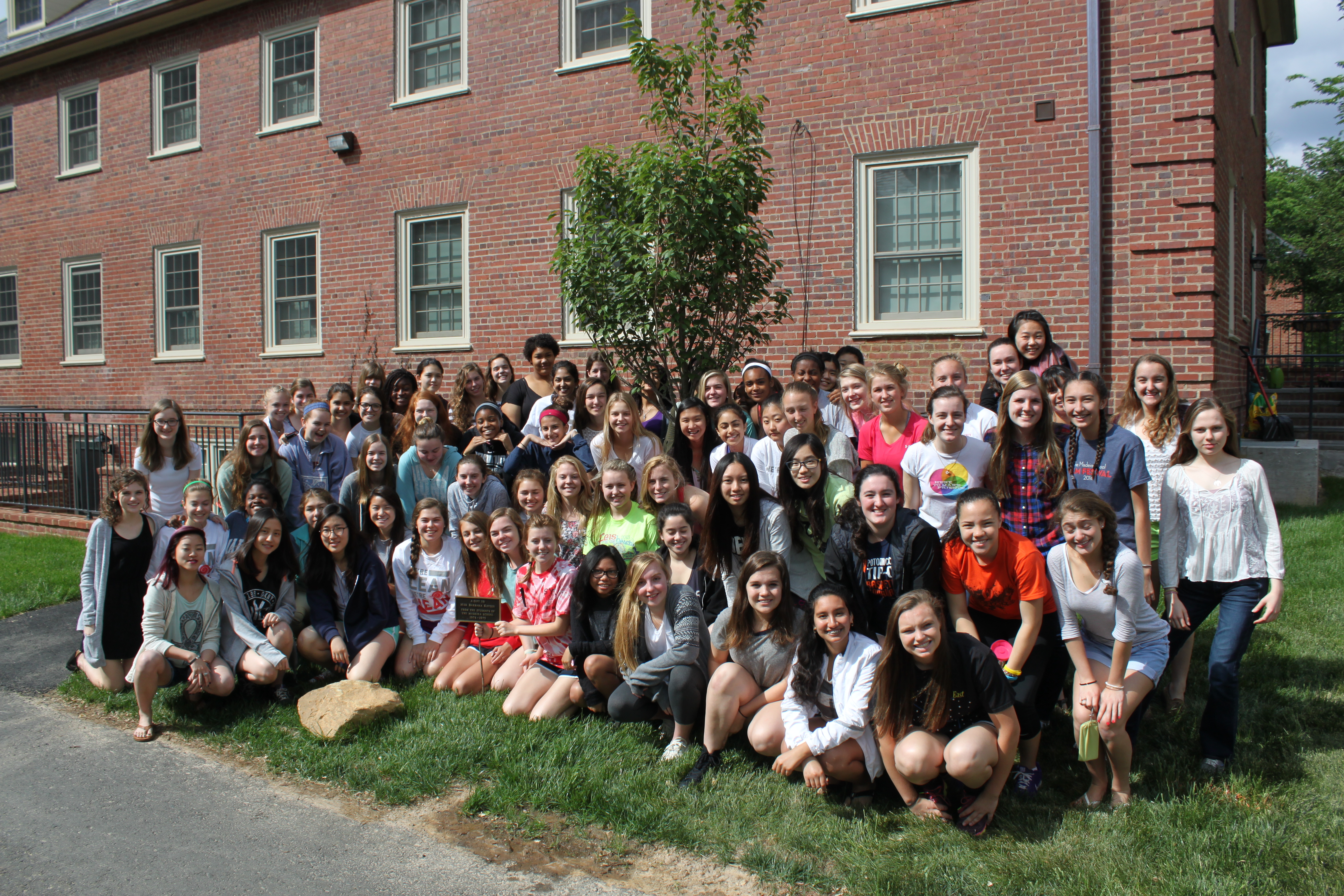 The class of 2017 gathered at the pathway between East and Schoolhouse I on April 13, 2015 for a short ribbon cutting and dedication ceremony. Through bake sales the sophomore class raised enough money to purchase a cherry tree at Merrifield Garden Center and have it planted to replace a previous tree which had to be removed for the dorm modernization construction. The new tree will hold the marker commemorating the original tree given from students in 1974-1975 to Miss Barbara Keyser.

“Our campus is so pretty, especially in the spring” said Claire Simpson who along with Kayleigh Day led the fundraising efforts. “Replacing the tree was something that we felt we could achieve that would make a difference to the community.”

Be sure to thank both the students of 1974-1975 and the class of 2017 as the tree welcomes spring with its blooms next year and for years to come.