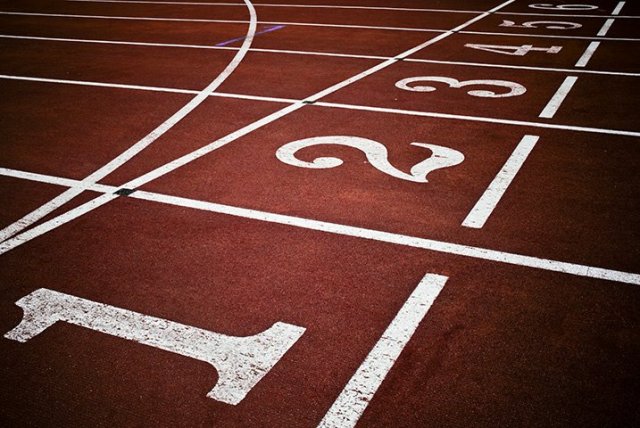 On Tuesday, April 12, Madeira track and field journeyed to Maryland for a meet against Holton-Arms (the host), Georgetown Visitation, Holy Child, St. Andrews, and Washington Latin. The Snails had trained hard and were eager for the tough competition that lay ahead. Leading the way in the field events was senior jumps captain Niara Phoenix, who took first in the triple jump. Her partner, junior Kelly Nguyen, achieved a strong personal record (PR) in the triple, too, and earned the Red and White a crucial point by scoring sixth. Kelly also took fourth in the long jump, where sophomore Kelly McCormick earned second with a jump of 14’3”. Junior thrower Elfrieda Nwabunnia set a PR in discus and took first place, with sophomore Star Cruz right behind her earning third. And, in the high jump for the first time since her first year, junior Sahana Bhagat earned fifth place with a jump of 4’4”.

On the track, freshman hurdling phenoms Monteanna Saunders, Lauren Grohwoski and Sophie Luraschi, along with junior Sahana Bhagat, swept the 100M and 300M hurdles. Not to be outdone, junior Sequoia Ragland won the 400M in a PR of 64 seconds. In the distance events, sophomore Keira Han took fourth with a PR of 6:28, and senior captain Dani Huber-Inbar ran to a fifth-place finish in the 3200M, earning a critical two points. The Snails also took third in the 4x800 relay, and, in a furious finish to the meet, the 4x400 squad powered their way to victory in a time of 4:36 — perilously close to the school record. While the track cooled, and the exhausted team headed home for a well-earned meal, the points were being tallied. Earning 136 points, Madeira came away with a first-place finish. The team is now shifting their focus to their next big meet at Sidwell on April 26.