Snails rise to the challenge on senior night 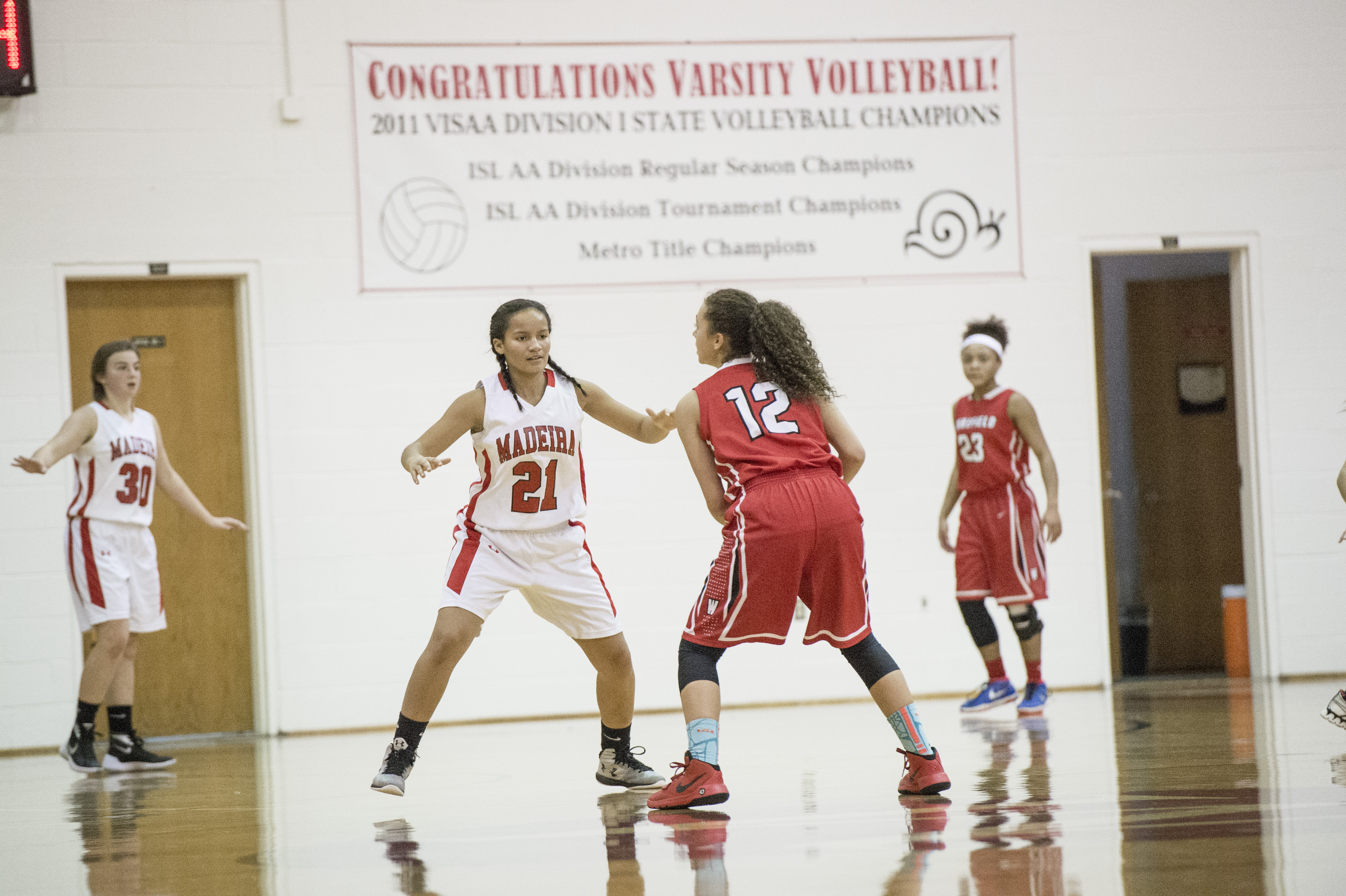 On Tuesday night, the Madeira Snails faced off against The Sandy Spring Friends School Wildebeests. This contest was a wonderful tribute to Madeira’s seniors, Cindy Bai, Becca Bishof, and Jordan Williams in their final home game. Sharp shooting from Sandy Spring's Makiya James and Noa Brown put the Wildebeests ahead 14 – 6 at the end of the first quarter. The Snails started chipping away in the second quarter. Williams and freshman Lauren Grohowski played exceptional defense, holding James and Brown to only five points. Timely three pointers from freshman Trudy Painter kept up the momentum for the Snails, as Madeira closed to within four points. Going into halftime with a loud supportive Cheer Squad, parents, students, and faculty, the Snails were primed for a come-back.

Chioma Anomnachi set the tone in the second half with her tough defensive play. She came up with 50/50 balls, blocks, and defended the in-bounder with intensity. In the third and fourth quarter, Junior Captain, Hannah Adams played smart defense, coming up with a big steal that led to two points on her fast break opportunity. Sophomore Skye Jannery-Barney and freshman Alexandra Murphy took their defensive efforts to the next level.

The fourth quarter was a nail-biter, with Williams hitting a free throw with little time remaining to create a 35-35 tie. Exciting overtime play opened with a three-pointer from Bishof. An additional basket from Anomnachi put the Snails into a good position early in the four minute overtime period. Strong shooting from Bishof from the foul line and smart defensive play from Adams, Grohowski, and Williams helped push the Snails to a 42 – 36 victory over tough opponent Sandy Spring.