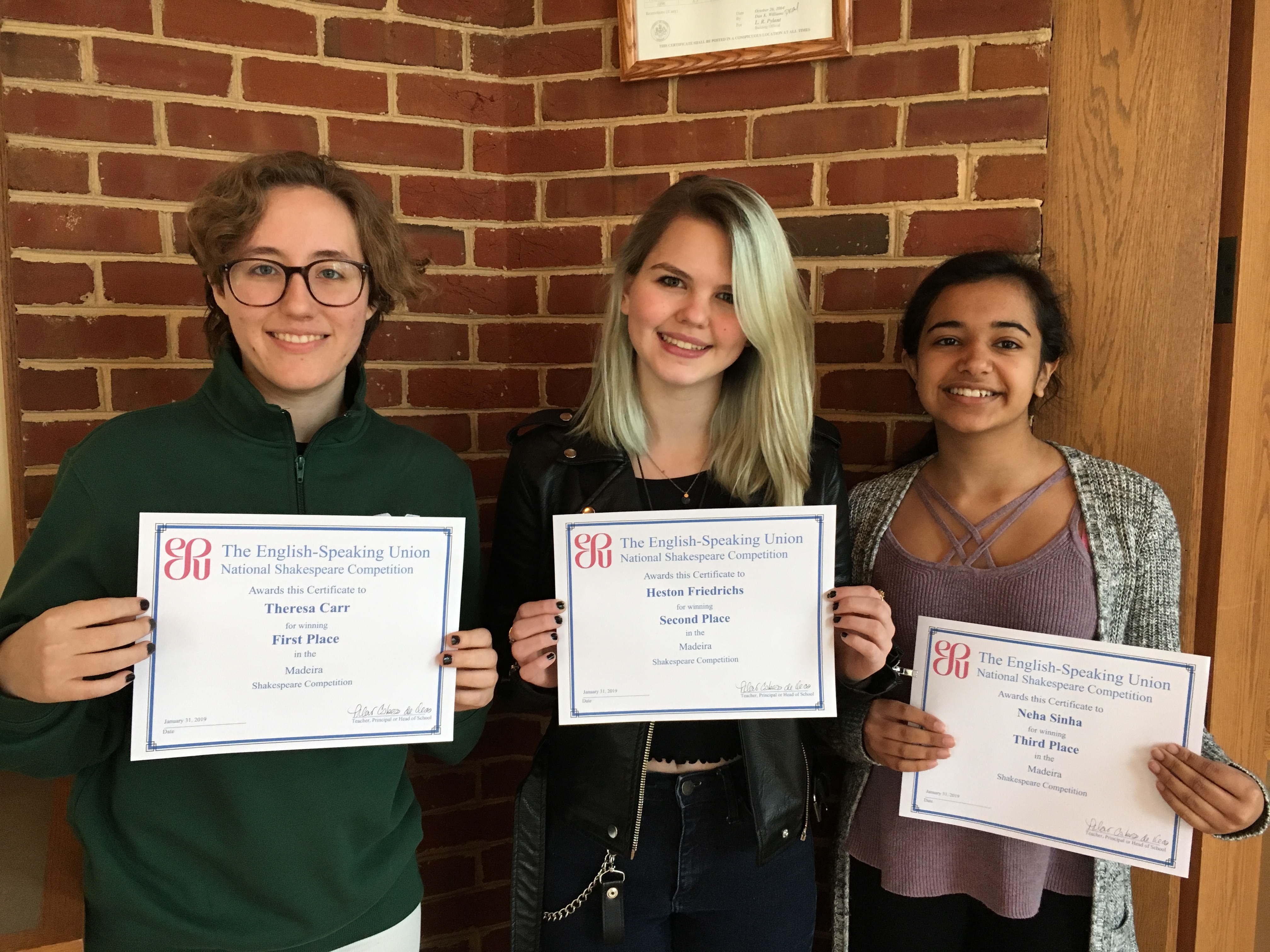 Each year, Madeira participates in the English-Speaking Union (ESU) National Shakespeare Competition. Students first compete at a school-level competition where they perform monologues and sonnets for a panel of judges (which this year included all of the English teachers at Madeira). Winners then advance to a regional competition.

Theresa Carr '19 took first place with her humorous portrayal of Berowne from Love's Labor's Lost; Heston Friedrichs '21 was awarded second place for her chilling rendition of the ever-scheming Richard III; and Neha Sinha '20 earned third place for her lively performance of one of Rosalind's monologues from As You Like It. Theresa and Heston will advance to the branch-level competition, which will be held at Madeira on Monday, March 4, where they will compete against students from seven other schools in the capital region.

The ESU National Shakespeare Competition provides teachers across the country with a performance-based program for the study of English Language Arts and Shakespeare. It is a school-based program serving Grades 9-12. Through the Competition, students develop communication skills and an appreciation of the power of language and literature. The Competition has engaged more than 300,000 young people since its inception in 1983.