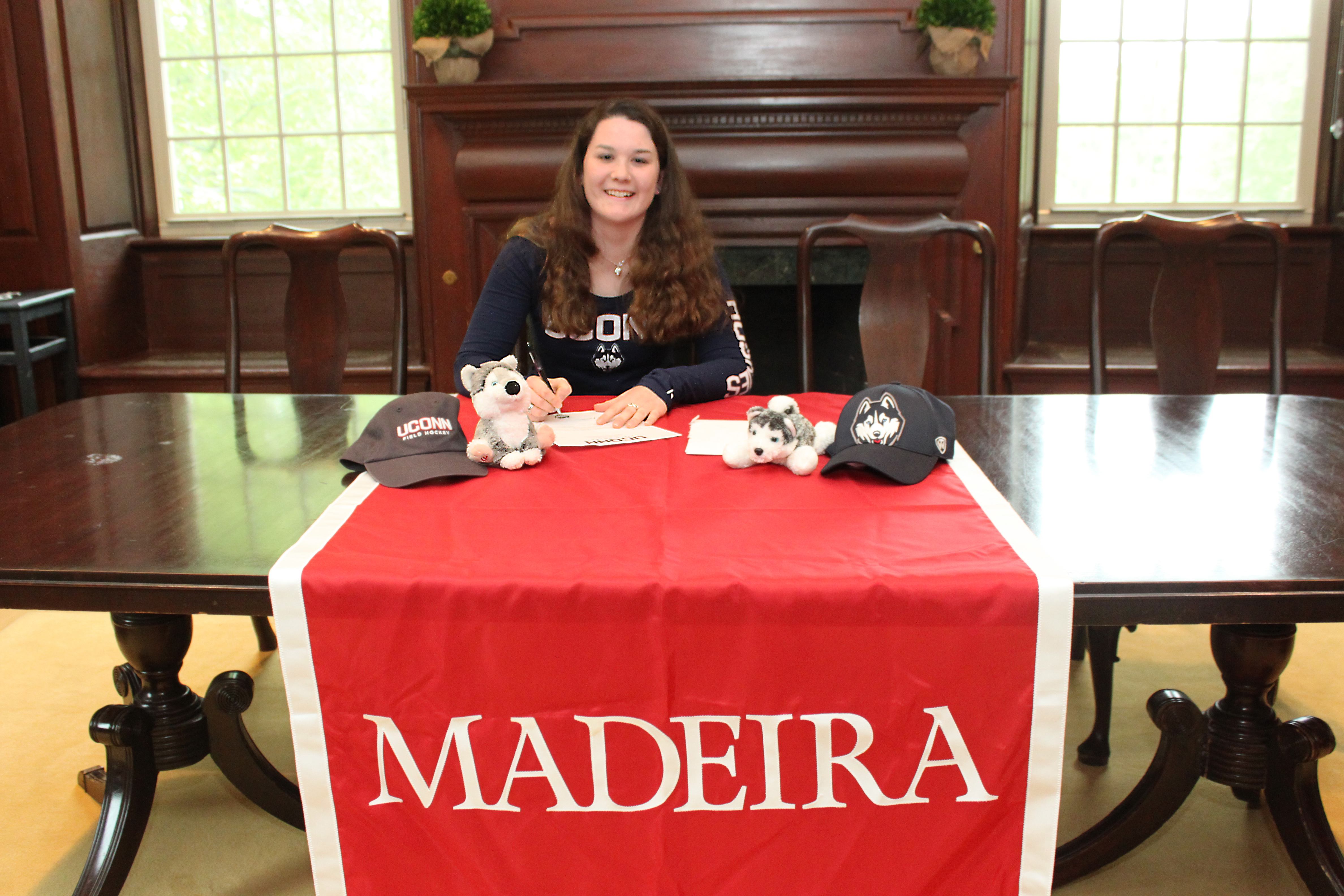 On April 27, 2016 Kita Konerth ’16 committed to play field hockey for the University of Connecticut.

Since starting as a freshman at Madeira, Kita has had success both on and off the field. She has been involved with the USA Field Hockey's Futures Program, an elite training experience for high school athletes that consists of training sessions with the top coaches in the country, all four years of high school.

As a junior, Kita was named to the First Team All-Independent School League and was selected to train with the Futures Elite Academy after being recognized after competing with the AAU Junior Olympics and in the National Futures Tournament. Identified as possessing the skills, talent and athletic prowess to successfully continue through the next stages in USA Field Hockey’s Olympic Development Pipeline, Kita traveled to Colorado Springs for the academy. Kita was named to the 2014 Junior Olympic field hockey team as a goalkeeper.

A force on the field, Kita is also a valued member of the Madeira student body. She is a role model in the classroom and during her senior year was elected varsity field hockey captain. Kita was also elected by the entire student body to serve as a Red Team captain, an important leadership position for school spirit.

View photos from her signing

Stay tuned. We will be celebrating a few more student-athlete college commitments in the coming weeks. Go Snails!