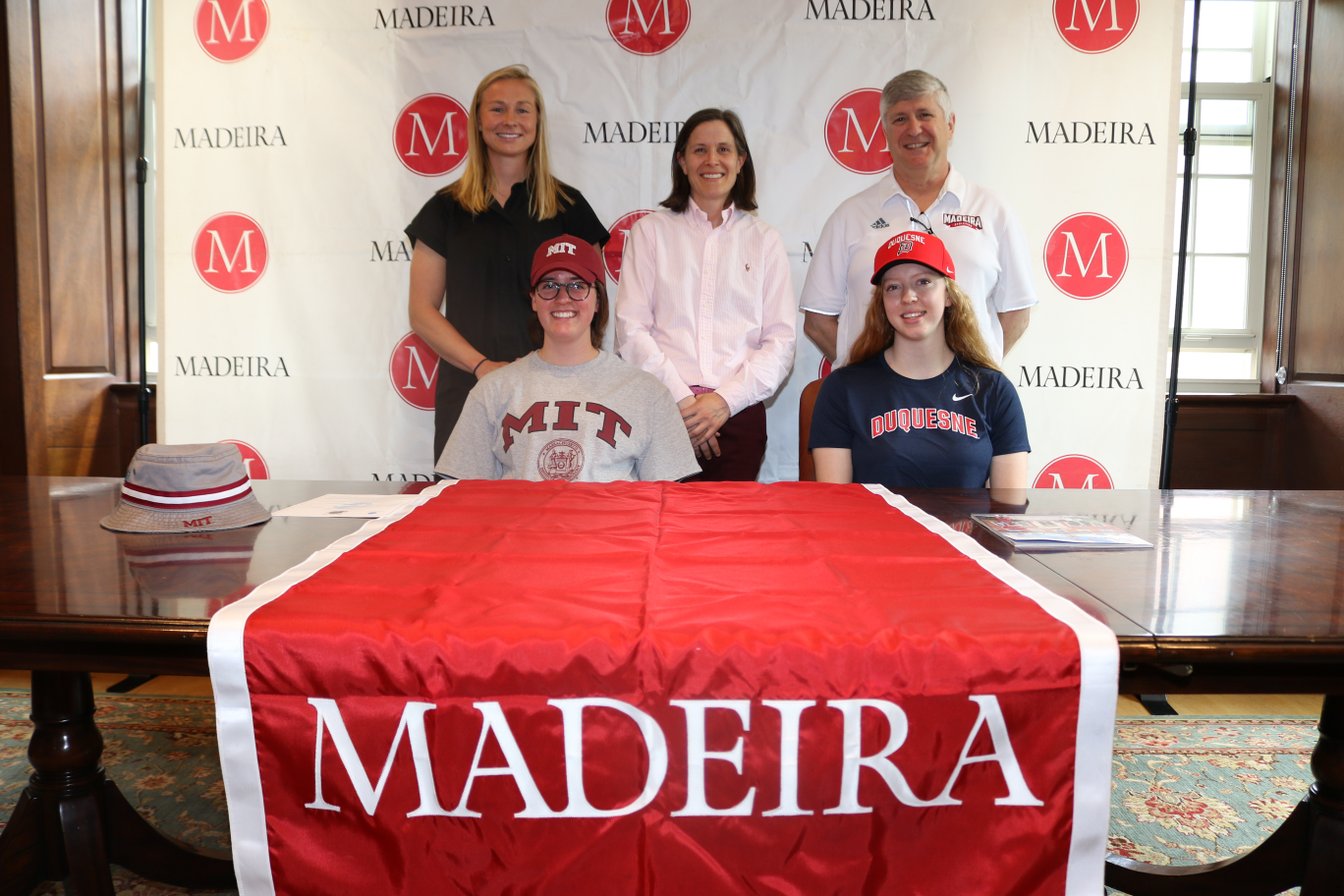 Madeira seniors Meaghan Doyle and Trudy Painter have announced their commitments to play athletics at the collegiate level next year.

This fall, Meaghan will attend Duquesne University and participate on the Women’s Swim and Dive team. Doyle is a four-year day student from Derwood, Maryland. Since her arrival to Madeira, Doyle has qualified for swim and dive states on four separate occasions and was nominated to the Independent School League (ISL) winning team her freshman year. Doyle was also a member of the 400-yard Freestyle relay team that secured the sixth State Championship title for the Snails concluding the 2017-2018 season.

Varsity Swim and Dive Coach and Aquatics Director, Rod Montrie celebrates Meaghan’s success by saying, “Meaghan leaves Madeira as a great addition to its history of outstanding swimmers. She has been an amazing presence here for four years and can only be described as one of the nicest swimmers out there. Her versatility and strength are out shown only by her kindness and sense of humor. We all send her best wishes for four more great years at Duquesne University.”

Trudy will attend Massachusetts Institute of Technology (MIT) and participate on the Women’s Lacrosse team. Trudy is an active member of Student Government and currently serves the Madeira community as a Senior Co-Class President. Throughout Trudy’s time at Madeira she has been able to participate in a wide variety of athletics. From playing varsity field hockey and varsity basketball all four years, Trudy has contributed to her teams by exemplifying leadership, proficiency, and perseverance. During Trudy’s athletic career she has been able to support her teammates as a captain on the court and field.

“It is an incredible honor to be able to recognize Trudy on her commitment to continue her lacrosse career at MIT,” says Assistant Athletic Director and Head Lacrosse Coach Kelly Chandler. “Over the four seasons I have coached Trudy, she has proved to be that potent combination of intellectual and athlete, a young woman who applies the discipline of sports to her academic pursuits but rarer still, a student with genuine curiosity and interest in the growth of others. I am so proud of all she has accomplished and know she will have tremendous success on and off the field at MIT.”

Best of luck, and congratulations to Meaghan and Trudy on all of their accomplishments at Madeira!