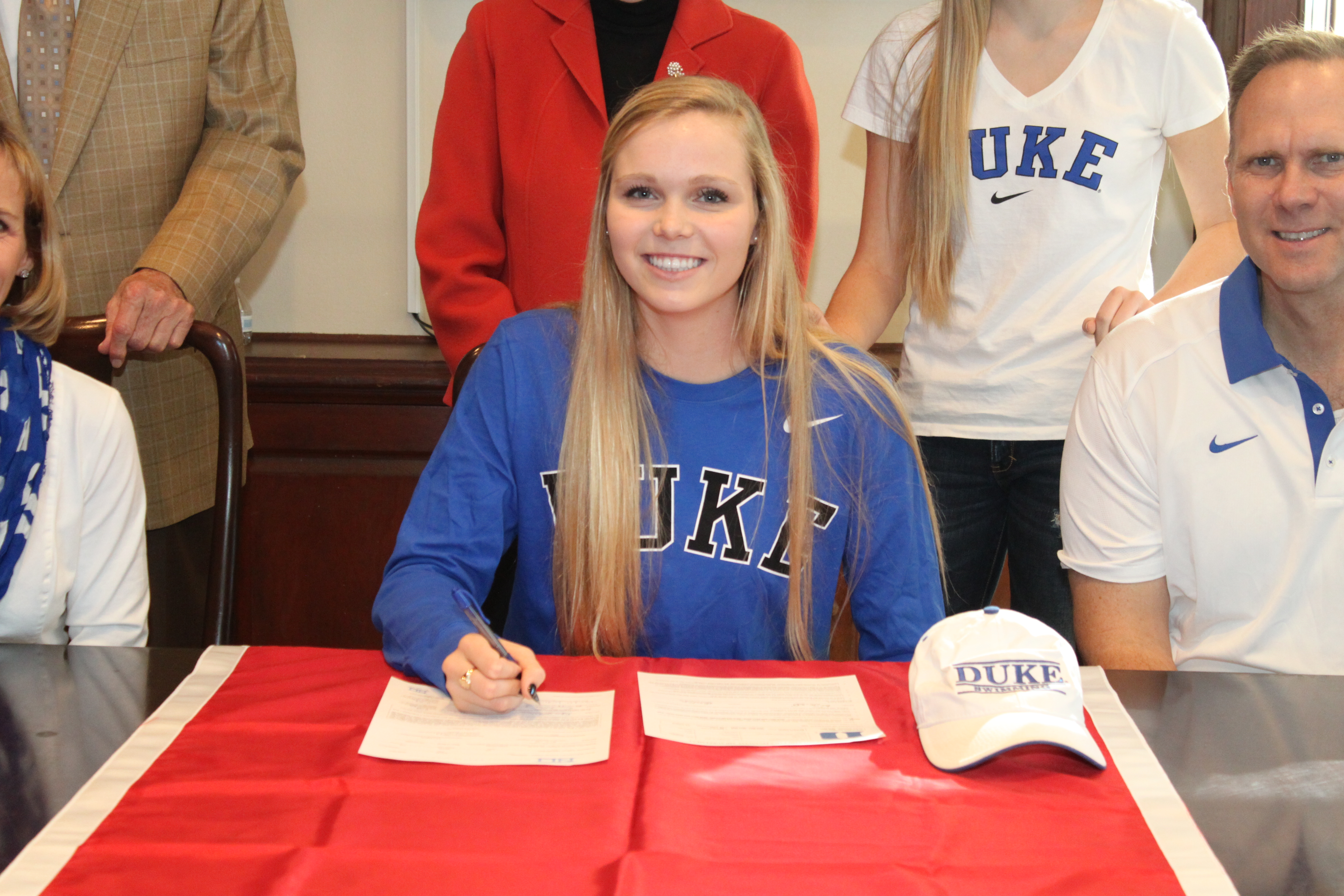 On November 11, 2015, Kylie Jordan ’16 signed a national letter of intent to swim for Duke University.

Kylie is on her way to becoming the most accomplished swimmer in school history. Going into her senior year, she has won six individual state swimming titles, each time setting a state record and earning an All-American qualifying time. Kylie is ranked in the top ten in the nation in the 100 Butterfly among high school swimmers. She is a three-time Virginia Independent Schools Athletic Association’s state championship swimmer of the meet.

As a sophomore she was named to the Washington Post’s second team All-Met and as a junior was named first team All-Met. In August, Kylie qualified for the 2016 United States Swimming Olympic trials.

This season she was elected varsity swim team captain.

“Kylie can best be described with one word: Outstanding," said varsity swimming Head Coach Rod Montrie. "She not only trains with incredible effort and consistency but prioritizes academics and family before her swimming. She understands that swimming is a team sport and has an unfailing dedication to her varsity teammates. Out of the water she is a delightful young lady with a great sense of humor. Duke is very fortunate to have her studying and swimming there next year.”

View photos from her signing