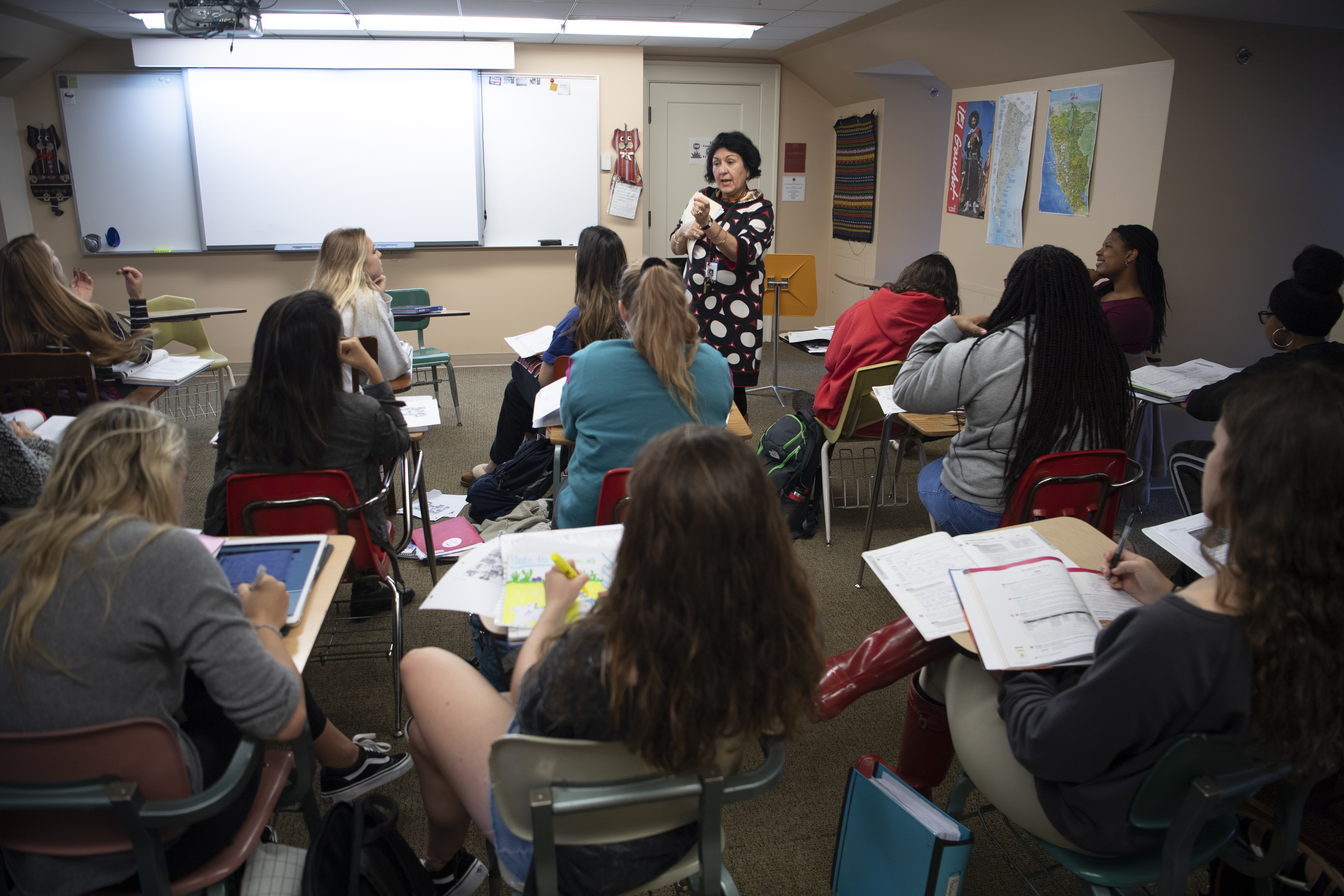 Madeira Spanish teacher Rita Cooley has been named an Outstanding Educator by the University of Chicago. Every year, the University gives newly admitted students the opportunity to recognize the educators who have made a difference in their lives. The Outstanding Educator Award recognizes these teachers by highlighting the stories that show education’s power to transform.

“This distinguished award has existed for more than three decades. Each year, we invite entering first-year students to nominate an educator who has influenced them, challenged them, or helped them along the path of intellectual growth," Noted the University of Chicago. "These award-winning teachers have inspired hundreds of students, changed the course of their lives, taught them to re-imagine texts, to delve deeper into problem-solving, and to think beyond the borders of the classroom in the pursuit of their own education. Señora Cooley’s work is emblematic of the work of the Madeira faculty.”

Señora Cooley has been teaching at Madeira since 2000 and is the parent of two alumnae, Alex '99 and Susan '02. She has a J.D. from San Marcos University in Peru and a Master’s degree from American University.

“I teach because I love to work with the students, and I love to learn. The Madeira girls are my students, but they are also my teachers. They allow me to take a glance into the future and to understand their aspirations, passions, and opinions. The students make me happy to come to work every day.”