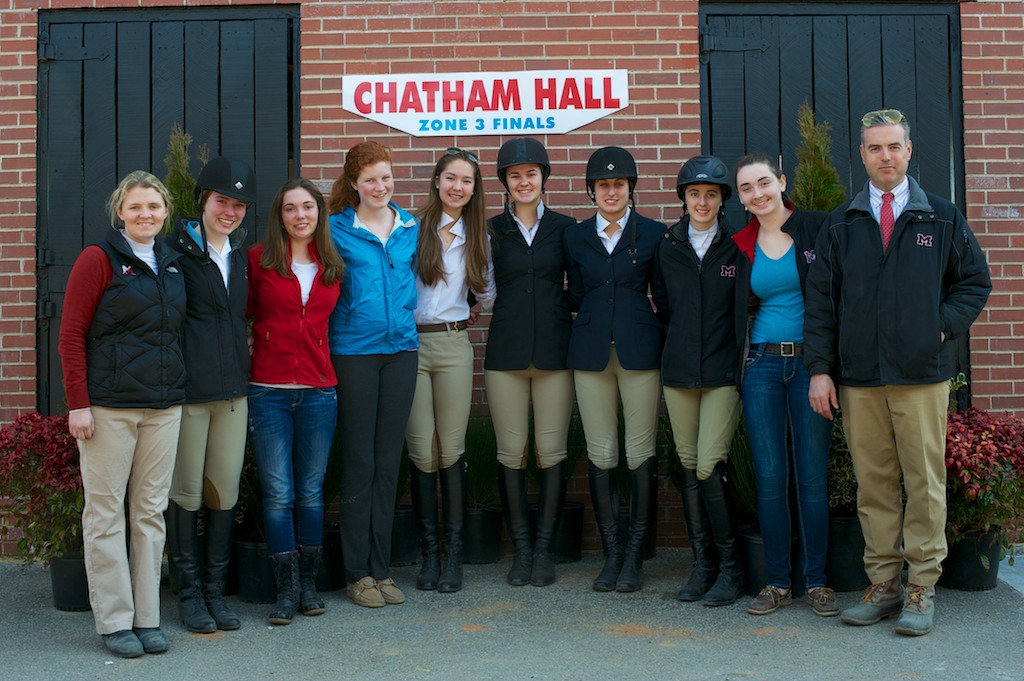 The Madeira IEA equestrian team finished a terrific 2012-2013 season, with one rider making it to National Finals, at the Zone Finals in Chatam, VA the weekend of March 9. Competition was tough among the 12 teams from the mid-Atlantic but Madeira finished third overall. Team riders for the Zone Finals included Kat Adstedt ’14, Sam Halo ’15, Chiara Marton ’14, Mollie Thomas ’16, Carilynn Peyton ’14, and Hanna Powers ’15.

Kat Adstedt and Chiara Marton led the team winning their respective team classes in the open over fences and beginner WTC. By winning her the beginner WTC class, Marton will advance to National Finals as an individual rider.