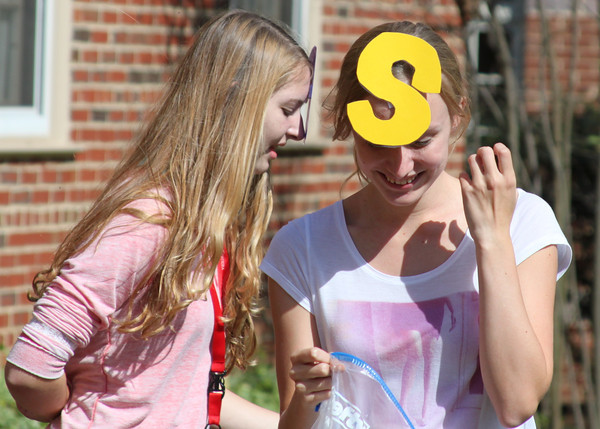 Girls were divided into groups of four, and each student took on a specific role in the group, identified by the giant letter attached to her forehead with Velcro (“B,” “P,” “T,” and “S”). Students rotated through each role while trying to Build structures out of aluminum cans, Protect their structures, Throw large marshmallows at other groups’ structures to knock them down, and Support their groups by helping the other three members accomplish their tasks.

At the end of the activity, students discussed each role and connected the experience to their lives by identifying the roles they play in their friendships and families. While most students identified themselves as Builders, Protectors, and Supporters in their relationships with others, many said that they most enjoyed playing the “Thrower” role during the activity, which spoke to the added benefits of releasing extra energy by running around and throwing giant marshmallows to knock things down!