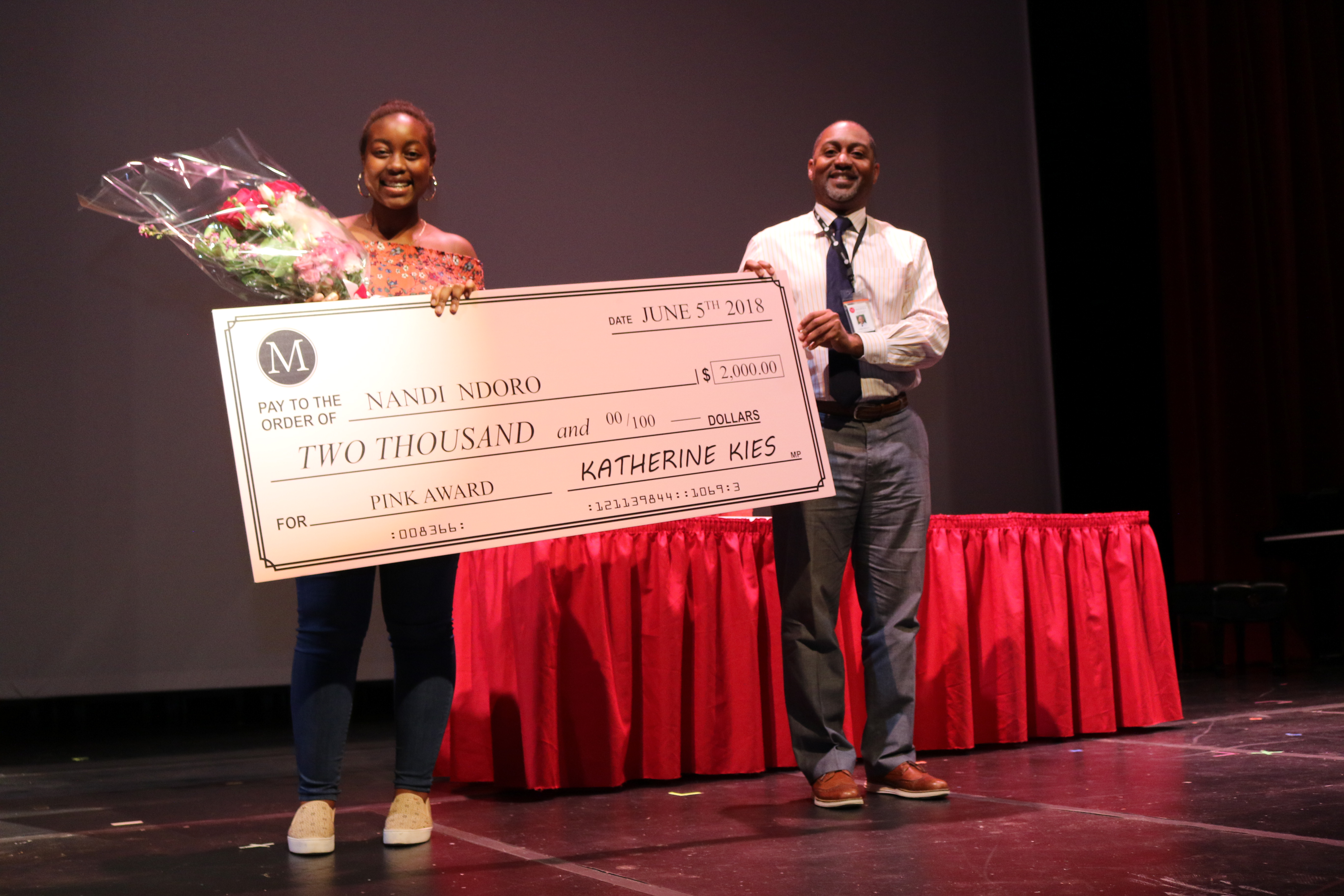 Nandi Ndoro ’19, Madeira’s 2018 PINK Award recipient, started her project, Inbold Magazine, over the summer, and has big plans for it this coming year.

Inbold Magazine will be an online and print magazine that will feature local artists around Washington, DC.

“I have always loved visual art, but drawing and painting are certainly not my strong suits. I greatly admire other people’s work. There are so many teenagers in Washington, DC using their talents to make an impact in their communities. My goal is to see what inspires me and feature them. This will hopefully open them up to a broader audience.”

Nandi was inspired by several factors. Firstly, she read an article about a DC-area girl who created murals around the city that were centered around raising awareness about gun violence. Secondly, the time she spent at her remote Co-Curriculum placement in Boston had a profound effect on her, and she wants to use the award to create a literary/arts maga“zine” for the creative and cultural expression of teens in underserved communities. The magazine will allow teens to share their voice and advocate for their concerns through visual narratives, poetry, etc without censorship by adults. Her “zine” is her way to use the skills gained at Madeira and provide a platform for others to explore a formal medium.

The summer was the beginning of an ambitious year for Nandi. This fall, she will attend several art events and visit local schools seeking submissions. Over Thanksgiving Break, she will take a course on the Adobe Creative Suite to enhance her talents. She is already familiar with the programs from her time in The Spectator, but wants to make sure she has an even greater understanding of them.

About the PINK Award: The award, which stands for “Passion, INitiative, and Knowledge,” was established by Katherine Kies ’07 to help hardworking Madeira girls pursue a goal. Upon graduating from Madeira in 2007, Kies decided to pursue a career in the hospitality industry. She went to the Cornell School of Hotel Administration. When she won the Drown Prize Award, the top honor at the Cornell School of Hotel Administration, she decided to give part of that award back to Madeira in appreciation for the Co-Curriculum experience that led her to her major and subsequently this award.