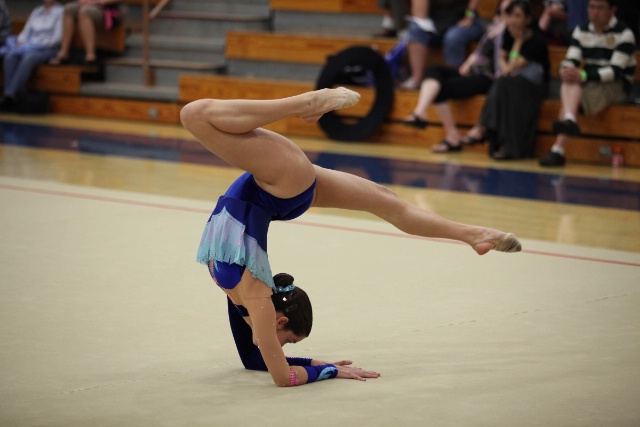 In June 2012, Nadia Nobrega of Arlington, Virginia, participated at the United States Association of Independent Gymnastic Clubs (USAIGA) national competition. Nadia competed, and earned gold in the three events in which she participated: floor, hoop, and ribbon. She also received the highest all-around score of the session.