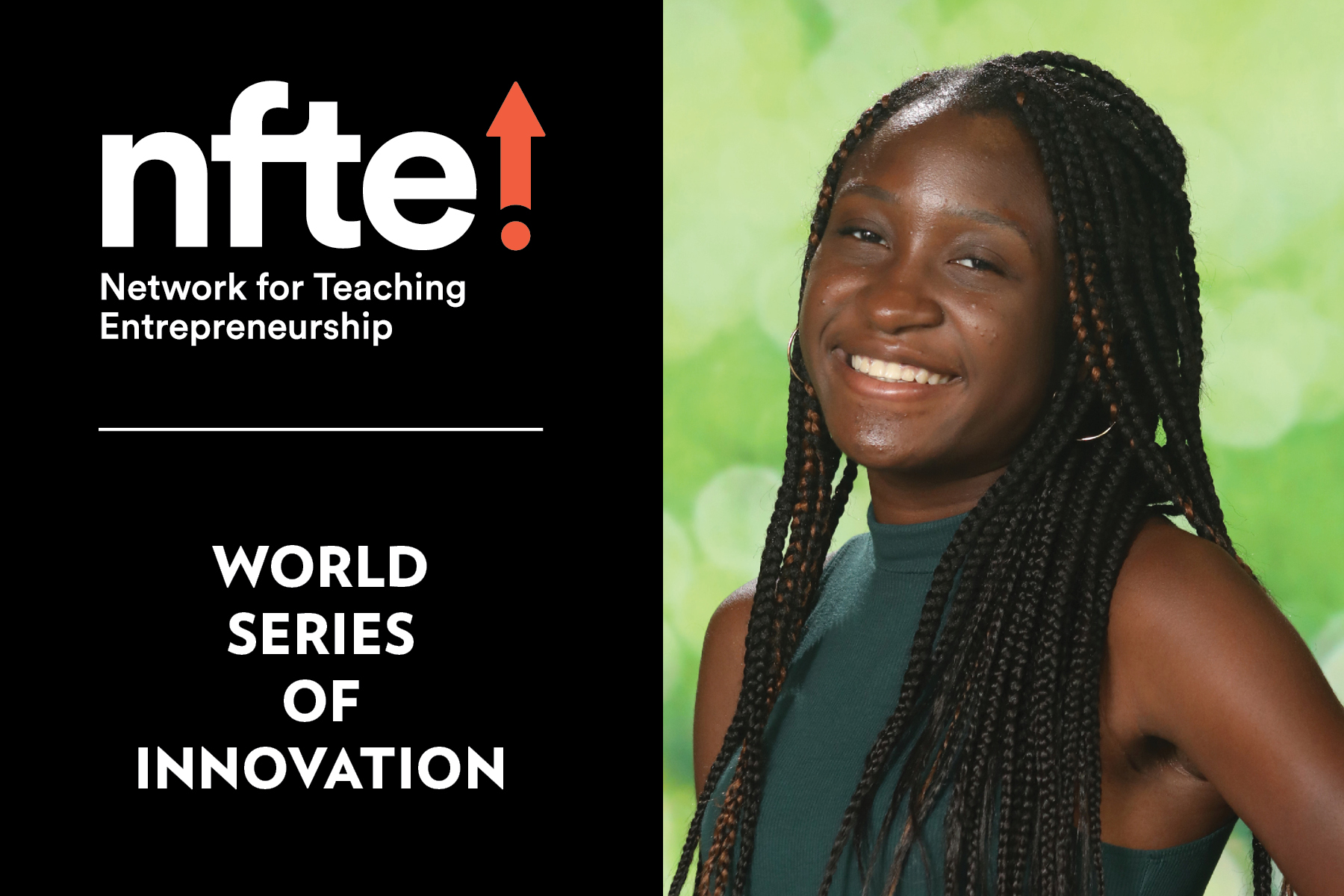 Junior Moniola Odunsi has been awarded first place in the Network for Teaching Entrepreneurship (NFTE) World Series of Innovation for her creation of Equally, a software platform leveraging artificial intelligence and natural language processing to detect implicit bias.

The World Series of Innovation is an annual global competition that invites young people ages 13 to 24 to tackle innovation challenges aligned with the United Nations Sustainable Development Goals. The challenges help young people learn about the critical issues while developing their entrepreneurial mindset.

Moniola, along with three teammates competed in the Moody's Foundation Peace & Justice Challenge section of the World Series which tasked them with designing a product, service, or initiative that can help grow the income of those hit hardest by the COVID-19 economic crisis. She met her three teammates through her membership in The Knowledge Society, a global innovation program aimed at training young people to maximize their ability to make an impact in the world. Since each team member was located in a different state, they met through Google Meet to ideate and work on their project, which they named Equally.

“The idea for Equally was influenced by the rise in racial injustice against minority populations and how implicit bias has been proven to cause the death of innocent people daily,” said Moniola. “Our team recognized that most discrimination is not intentional—it is a byproduct of a society that's been ingrained with racism. Many don't realize the implicit biases they possess, but these biases nonetheless cause harm. Understanding this fact and wanting to make change led to the concept for Equally.”

“The World Series of Innovation was developed to help young people hone their design thinking skills but has grown into something more," said Dr. J.D. LaRock, President and CEO of NFTE. "It offers youth a chance to act on issues they're passionate about. As they tackle these challenges, they ideate solutions to some of the most important challenges facing humanity today – poverty, hunger, economic opportunity, equity and inclusion, social and environmental justice.”

Network for Teaching Entrepreneurship (NFTE) is a global nonprofit organization that provides high-quality entrepreneurship education to middle and high school students from under-resourced communities, as well as programs for college students and adults. NFTE reaches 70,000+ students annually in 25 states across the U.S. and offers programs in 12 additional countries. They educate more than a million students through in-school, out-of-school, college, and summer camp programs, offered in person and online.

Congratulations Moniola! Stay tuned! Moniola will be interviewed about Equally on the Wharton Global Youth Podcast in May 2021.