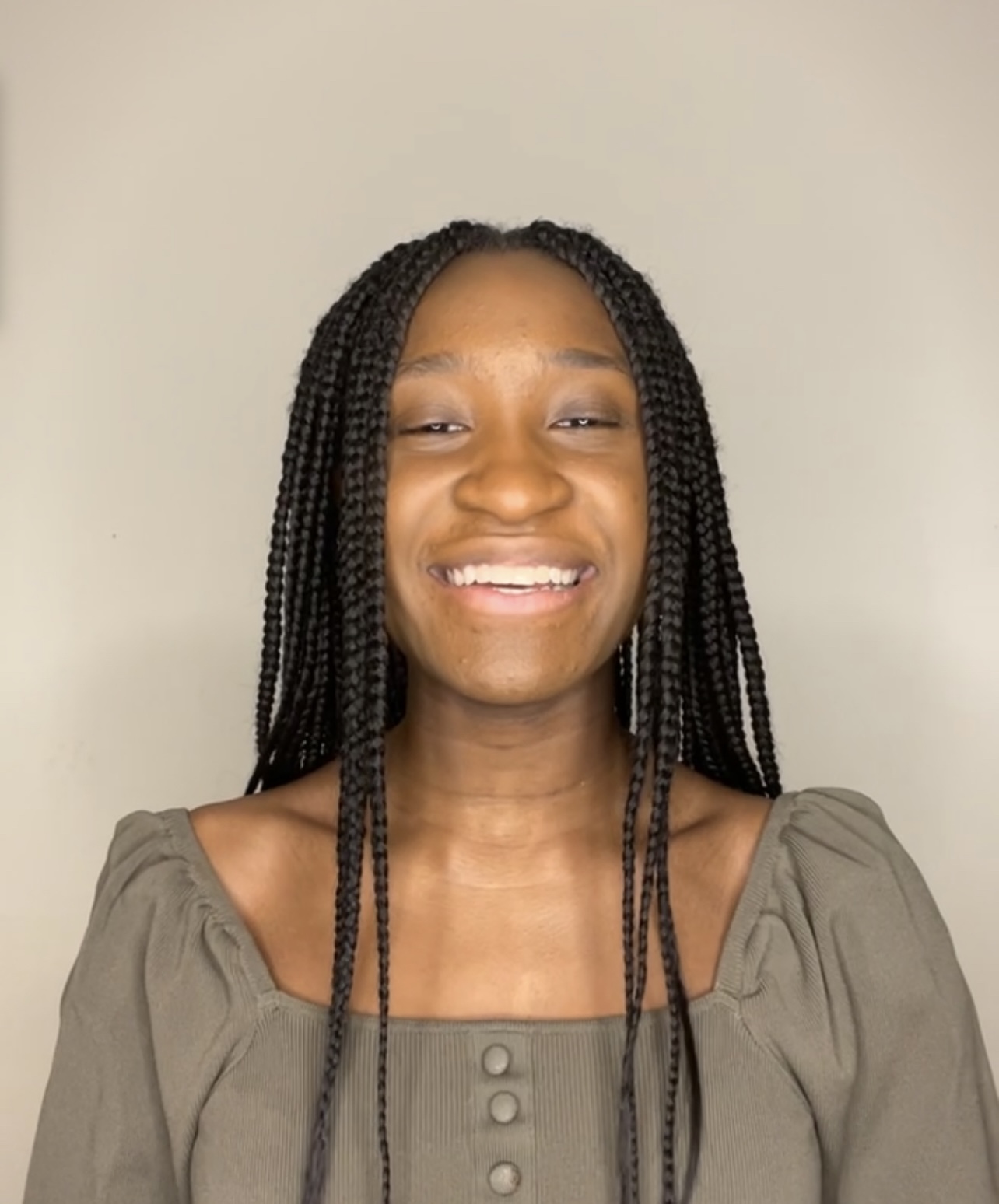 Moniola Odunsi ’22 has been named a finalist in The New York Times Multimedia Contest for her poem The Unanimous Declaration of the NEGLECTED TEENS of America.

The theme of the competition was Coming of Age in 2020 and it challenged students to create the richest possible portrait of what it’s like to be a teenager in America in 2020. Entries could be anything from an essay to a video, diary entry or illustration. A team of judges — both adults and teenagers — evaluated over 5,500 entries and identified 245 finalists.

In THE UNITED STATES, November 6, 2020.
The Unanimous Declaration of the NEGLECTED TEENS of America.

Land of the free;
The home of the brave.
These eight words are meant to enslave and
repeated to force us to behave.
It breaks us till we get on our knees:
a phrase relentlessly claiming that we are set free.

FREEDOM, an interesting word
that is constantly heard but never endured.
The root of which is never transferred
because its brother fear is always preferred

FEAR enters into each of our ears.
A ruthless plague refusing to disappear,
becoming the seed of all hatred so severe.
The cause of which has disrupted our year

This year.
Our year.
The year 2020:
a year in which what happened was truly plenty.
When at first, it seemed the world’s limits were past any,
but then left me, and so many teens, feeling empty.

EMPTINESS.
For the past four years, this is what we have felt.
For the past nine months, ice that seemed like it would never melt.
The cruel reality that is our world.
A storm in which we have been hurled.
Our youth and innocence have been taken,
but the world still demands that we are not shaken.

But, the joy.
The glee of Saturday Morning.
The spread of faith that nearly masked the years of mourning.
OUR voices heard.
OUR hands raised.
OUR votes counted.
The start of a new era:
An era of hope.