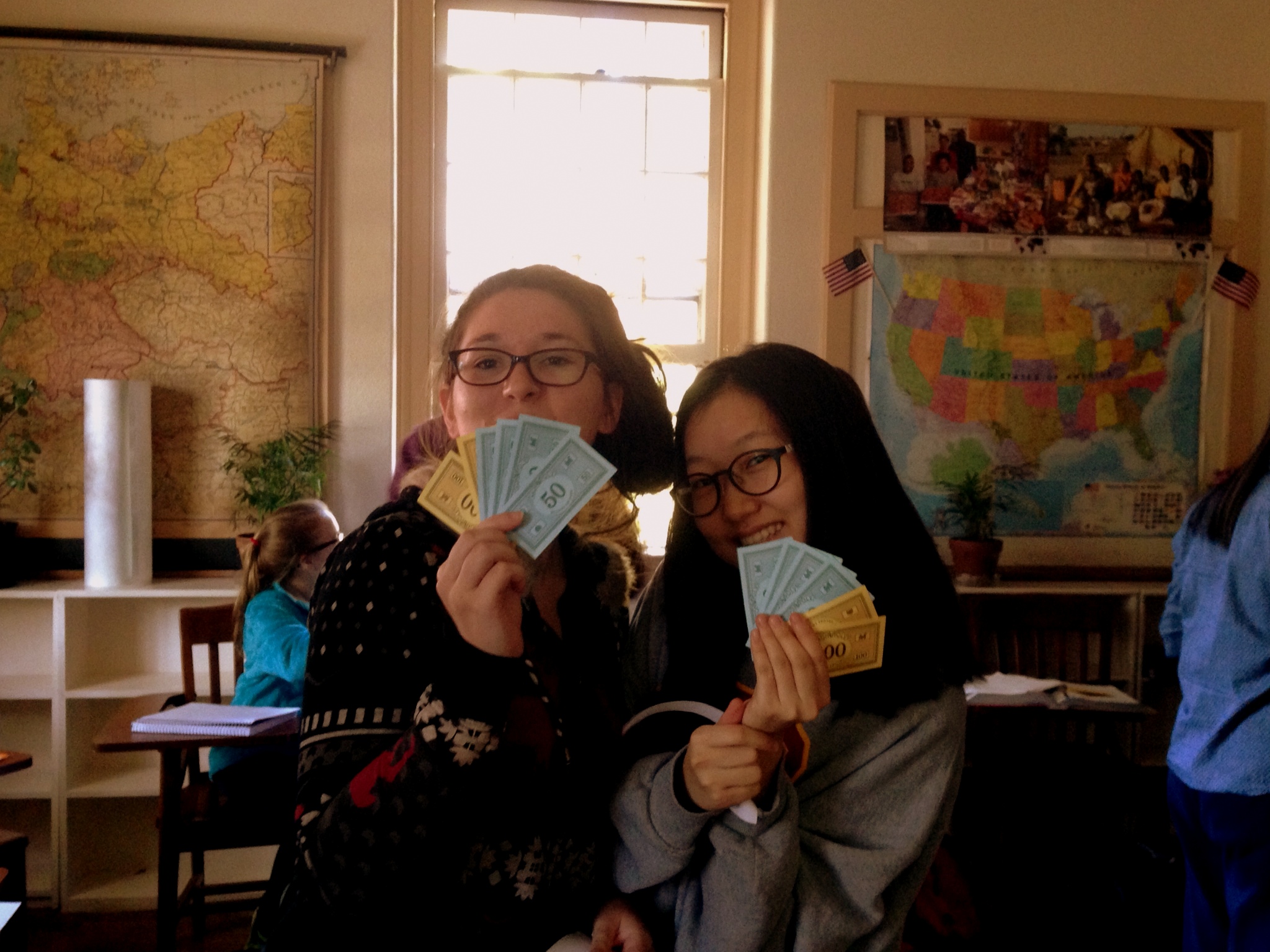 In late September, sophomore girls in Dr. Schiller and Mrs. Continetti’s Modern World History classes learned about the Dutch East India Company by creating their own joint-stock ventures. The Dutch East India Company, often considered to be the world’s first multi-national corporation, was chartered in 1602 and was the first European company to issue stock. Each Madeira girl was given a Dutch identity and a fortune to “invest” corresponding to her profession and social class. Students were told how much it cost to outfit a ship to sail to the Spice Islands and had to decide how many voyages to invest in. “One of our goals,” Dr. Schiller notes, “was to teach the students about the origins of capitalism and the economic motivations of early imperialism.”

Students pooled their resources (Monopoly money), entered into partnerships with other Madeira students, and were issued stock certificates according to their percentage interest in the company they formed.  Students learned to spread their financial risk by diversifying their investments, often mounting multiple ventures with their classmates. On the second day on the simulation, students chose ‘Chance’ cards to determine the fate of their investments and calculated their percentage profit or loss.  “Madeira girls in Modern World History begin the school year learning about European voyages of exploration,” explains Mrs. Continetti, “they got really involved in strategizing how best to invest their fortunes and playing the role of a wealthy Dutch merchant or small-town farmer.”