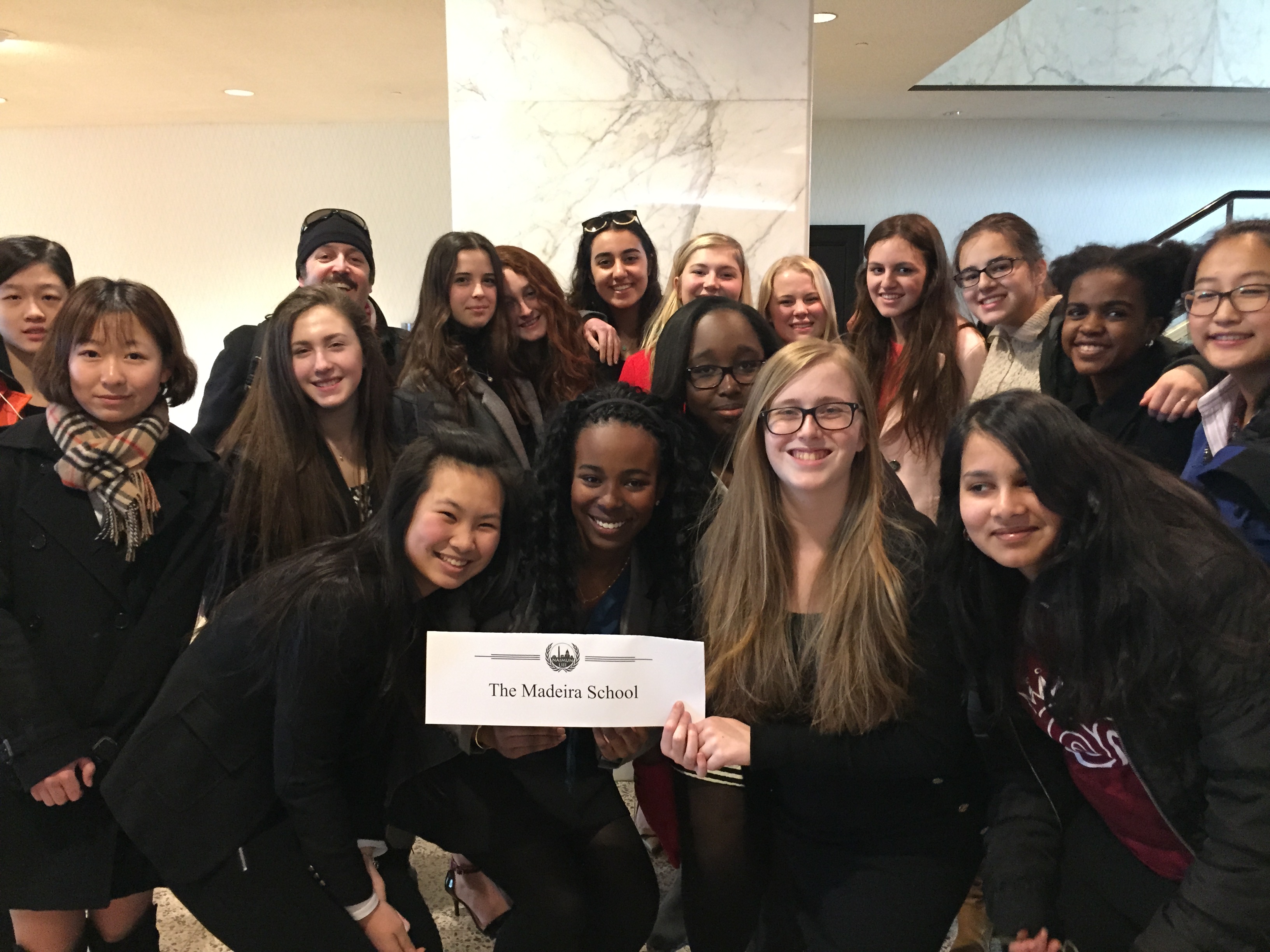 This past February, Madeira sent 23 delegates to the 53rd annual North American Invitational Model United Nations (NAIMUN). Held at the Georgetown University School of International Affairs, the conference drew 3,500 students from over a dozen countries. The conference is one of the oldest UN simulations for high school students in the world. Students simulate roles as delegates to the United Nations from a particular nation and serve as representatives of that country’s policies. Madeira's team represented current world politics, international business organizations, Middle Eastern affairs, and a variety of other committee assignments.

The Madeira team was made up of students from the Model UN D Block activity taught by Mr. Meade. According to Mr. Meade, Model UN is much more structured than in previous years, with a mix of research time, public speaking practice, and guided parliamentary procedure activities. Head Delegate Katie Adler mentioned that the successful structure of the activity made her feel much more prepared than last year, and may be responsible for a spike of interest in the Module 6 Model Arab League team. “Many students have already requested a spot on next year's NAIMUN team, and are ready to tackle world affairs again,” said Mr. Meade.