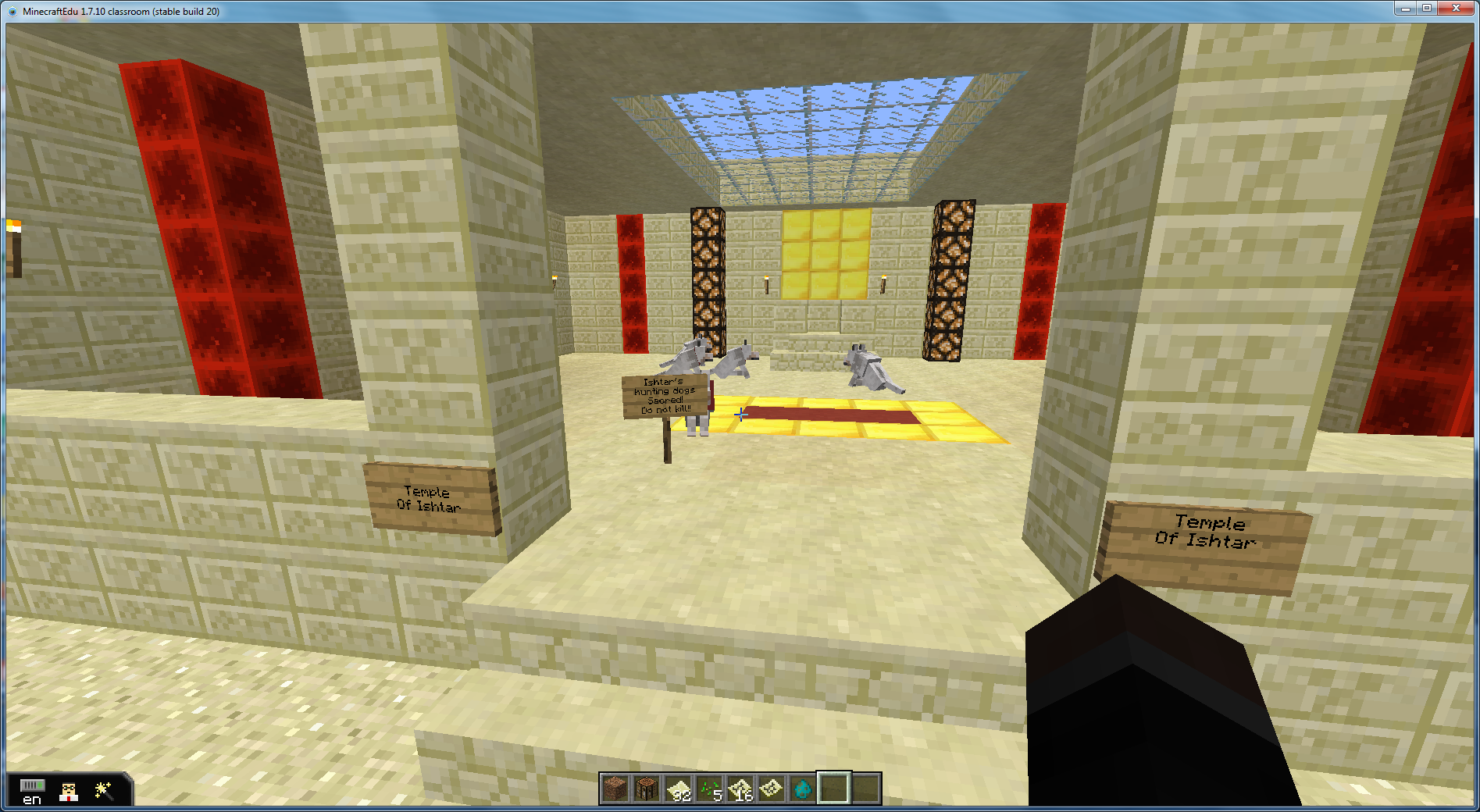 Mr. Meade’s Roots of Civilizations class took a different approach to studying early civilizations during Module 2 this year. With knowledge gained from research and class discussions, students used the video game Minecraft to dive deeper into the origins and evolution of society of the ancient Egyptian kingdoms and Mesopotamia.

Minecraft enables players to build and construct out of textured cubes in a 3D computer generated world. When the game was first created people built structures to protect against nocturnal monsters, but as the game grew players worked together to create wonderful, imaginative things. To use the game in the context of history class, the project required students to build different types of Egyptian structures, as a means to comprehensively understand Egyptian history.

The Minecraft projects were such a success that both Mr. Meade and Ms. Roy were invited to be guest presenters to the Virginia Society for Technology in Education (VSTE) via webinar. The webinar discussed the importance of virtual environments and world building as part of a social sciences course. Several students presented their Minecraft world and spoke about their experiences and observations.