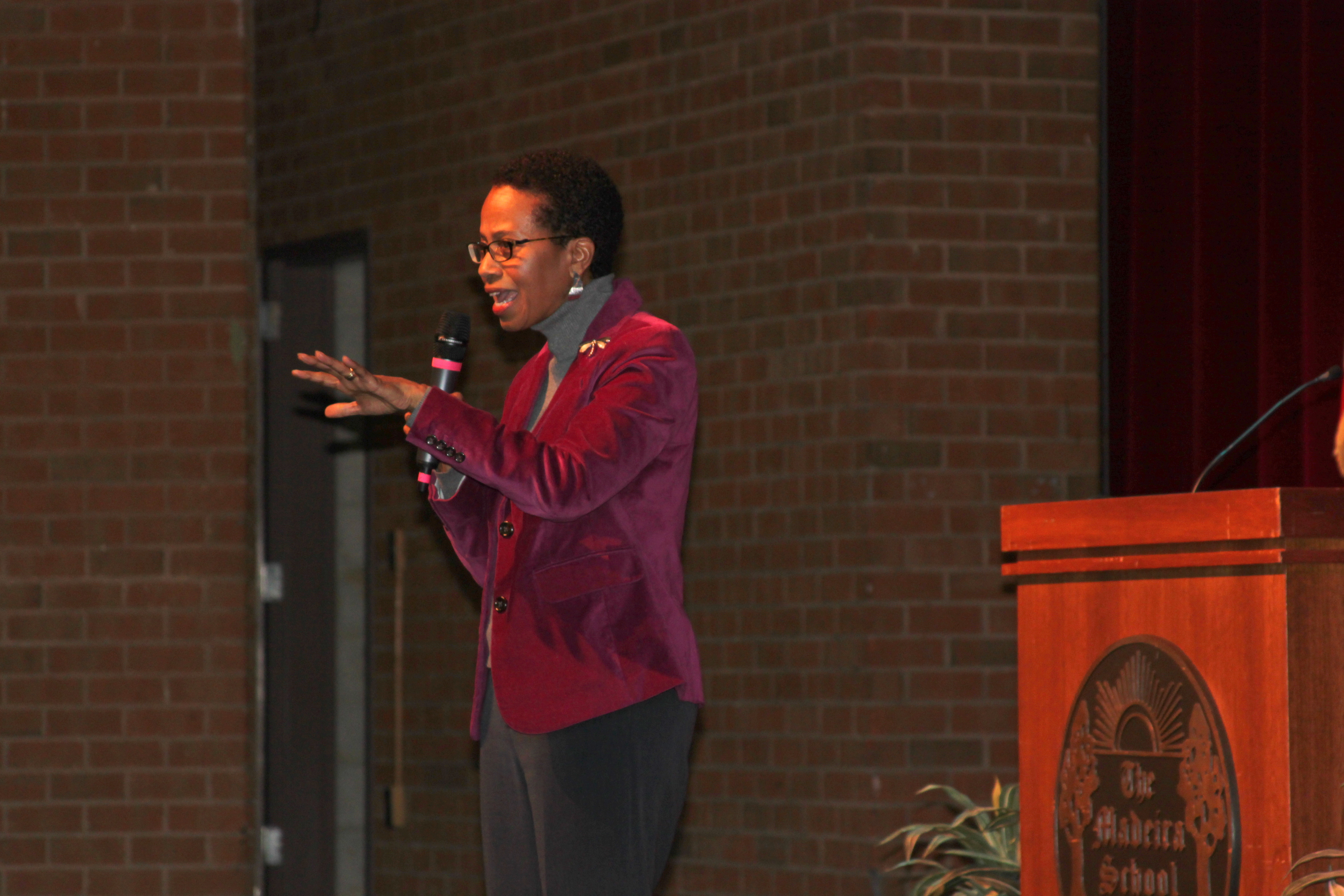 The All School Meeting, on January 18, 2013, was in honor of Martin Luther King, Jr. Day. The special guest speaker, Dr. Kumea Shorter-Gooden ’70 is the first chief diversity officer and associate vice president at the University of Maryland. Before joining the University of Maryland administration in 2011, Dr. Shorter-Gooden was the associate provost for International Initiative at Alliant University in Alhambra, CA. She is a licensed psychologist and was a psychology professor for 16 years.

Dr. Shorter-Gooden shared with the audience that she was one of two of the first African American students to attend Madeira. She and classmate, Carol Monday ’70, were asked to join Madeira when Head of School, Barbara Kaiser, sought to integrate the School.

Her speech to the community touched on how far we have come in regards to equality, but that Dr. King’s dream has yet to be completely realized. She talked of the three qualities, that Martin Luther King had in abundance, and which we all must have in order to achieve equality and justice for all: “roots” for keeping us grounded to our heritage and allow us to weather the storm when knocked; “wings” for allowing us to open up, explore, and try new things; and voice for advocating what is right and what we believe in.

Dr. Shorter-Gooden was gracious with her time, and took many questions from students ranging from what kind of challenges she encountered to her views on Affirmative Action. Students were interested to hear about her time as a student, both at Madeira and then at Princeton. She recalled that forming a Black Student Union with her fellow Madeira classmates was extremely helpful for her and allowed her to begin finding her “voice,” and that attending Princeton was evidence of her "wings." She shared the memory that heading to New Jersey was, for her, what traveling abroad would be to many.