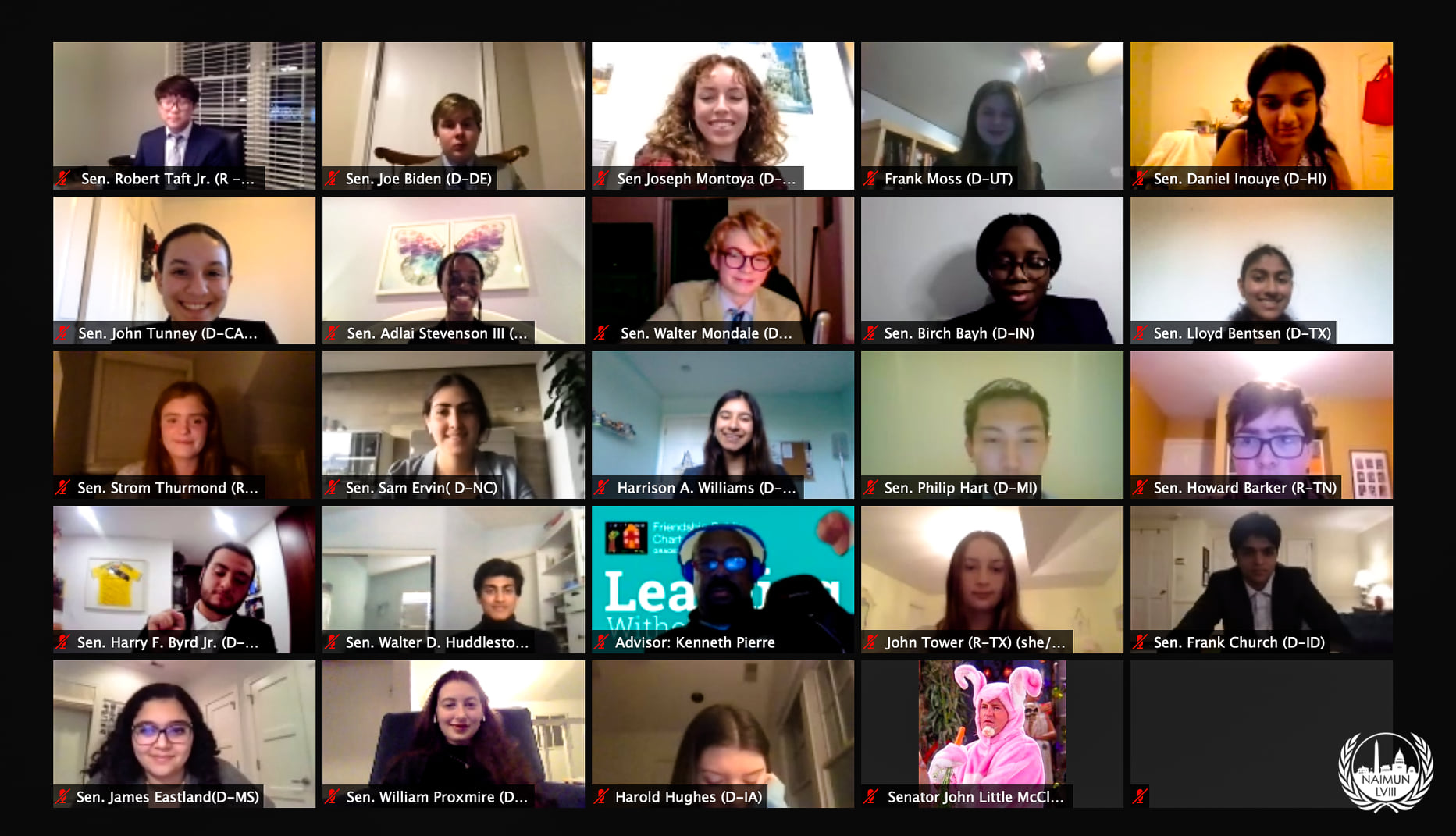 The Model UN students have been preparing for NAIMUN, an international conference hosted by Georgetown University, since the beginning of Module 4 in November. They worked diligently in drills, mock committees, public speaking, and research.

Head delegates Sarina Mahapatra and Karmen Gill noted, “We are so proud of how much our MUN Delegates have grown this year. Their constant effort and resilience during the long conference weekend impressed us. We have been so lucky to work with each and every delegate and look forward to next season!”

The North American Invitational Model United Nations (NAIMUN) is one of the oldest UN simulations for high school students in North America and the world. The 3,300+ participants convene for four days, simulating their role as delegates to the United Nations from a particular nation and serving as representatives of that country's policies. Students at NAIMUN are pushed to heighten their understanding of the international system through 40 mini-simulations, ranging from standard committees like the UN General Assembly and the Security Council to crisis simulations of various regional organizations, national cabinets, corporate boards, and political organizations.