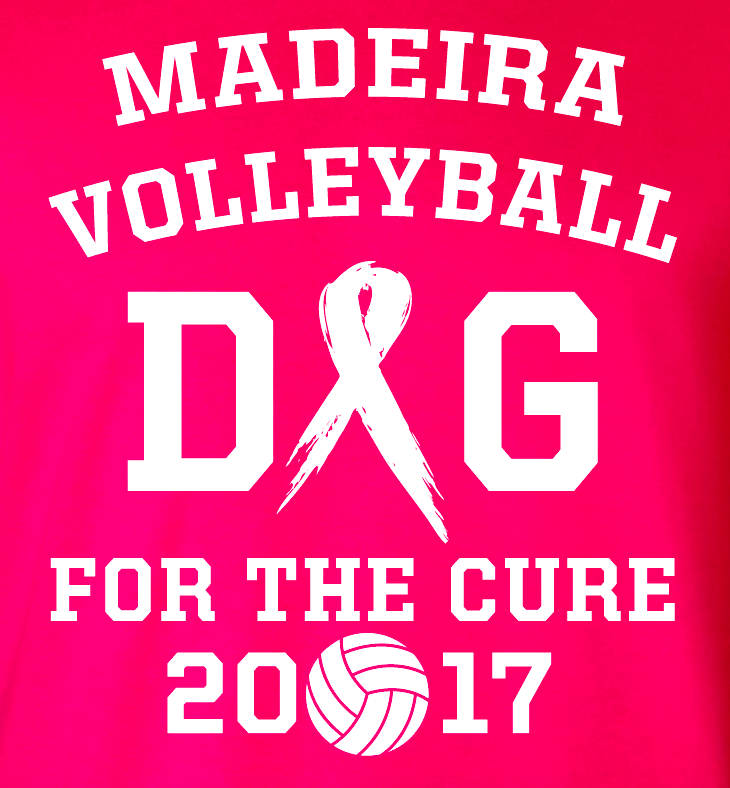 The Madeira School volleyball program will host its third annual Dig Pink match next week to help raise support and awareness for the fight against breast cancer. The match will be held as a part of the Madeira Family Weekend schedule, and will take place on Friday, October 6, 2017, against Middleburg Academy at 5:30 pm in the Hurd Sports Center on the campus of Madeira. The Junior Varsity team will also host an inner-squad scrimmage at 4:15 pm.  Everyone in attendance at the matches is asked to wear pink to show their support for the fight against breast cancer.

The Dig Pink Rally is The Side-Out Foundation’s October event that brings together volleyball players across the nation to raise funds for breast cancer research, demonstrate the power of teamwork, and show support for people with the disease. Money raised through Dig Pink supports Side-Out’s game-changing cancer research and programs to develop the whole player.

The Snails began the Dig Pink tradition of giving back during the 2015 fall season, raising close to $1000 for the cause, and raised over $2000 during last year's 2016 event. This year, Madeira Volleyball looks to raise over $3500 for the fight against breast cancer during their 2017 Dig Pink Campaign.

“Many members of our communities have been impacted by breast cancer in some way or another, and we feel privileged to do our part to help support the fight,” said Head Volleyball Coach and Assistant Athletic Director, Kelly Picardi. “Our team really enjoys the opportunity to give back through the Dig Pink event each year, and our wonderful families and community have really championed this worthy cause. We see this as a chance to be a part of something bigger than ourselves. I could not be more proud of the players efforts, both on and off the court, to make an impact.”

This year's Dig Pink will be held in memory of Ms. Nancy Picardi, aunt of Madeira Volleyball's Coach Emily Picardi and Coach Kelly Picardi, who recently lost her brave battle with breast cancer.

If you are interested in donating to help support the Madeira Volleyball campaign in the fight against breast cancer, visit their campaign page here!