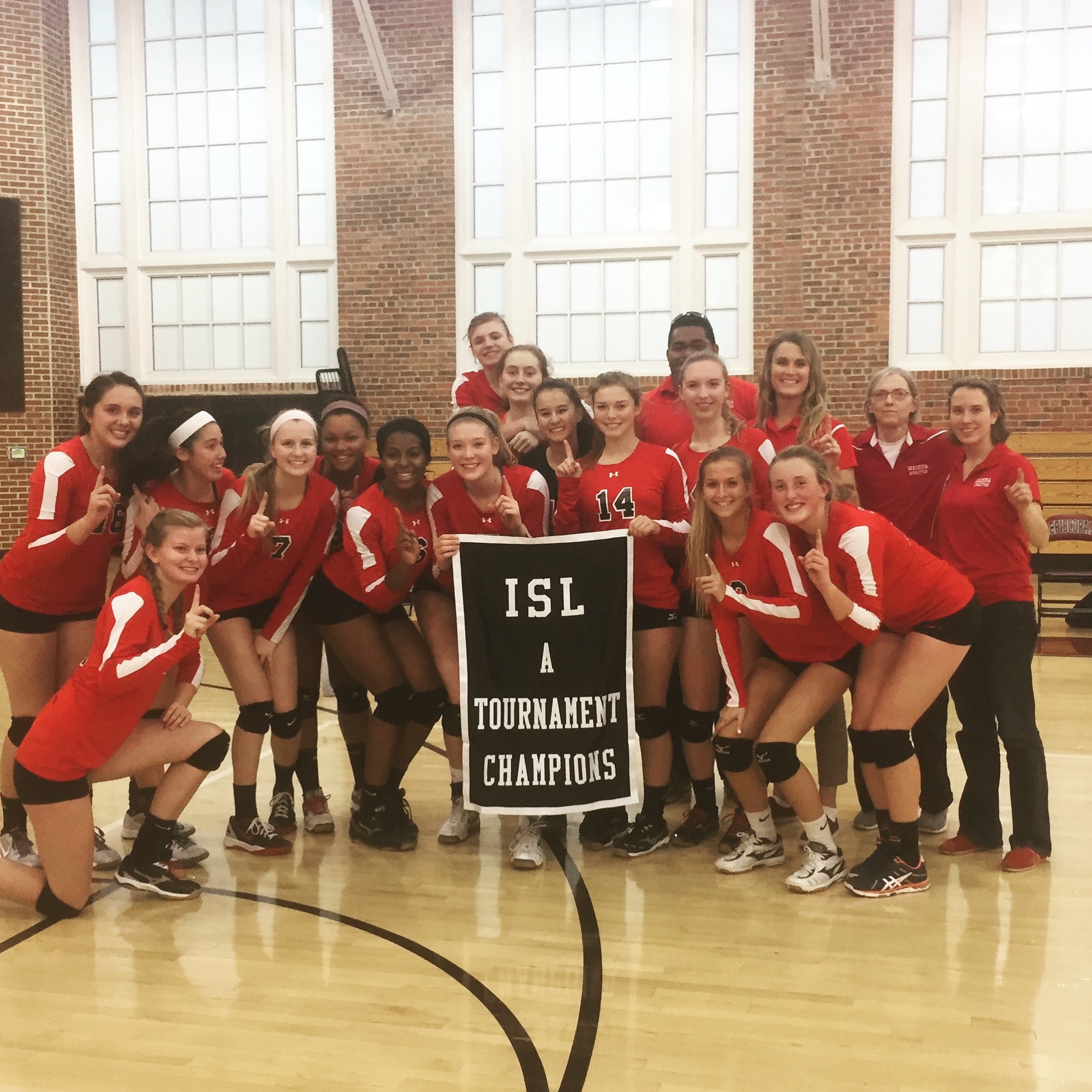 Madeira Volleyball was named the ISL Division A Tournament Champions this weekend after defeating Holton-Arms in a four-set match at Episcopal in Alexandria, Virginia, making them the overall season champions of the division. The Snails had previously claimed the ISL Regular Season Championship with a 3-0 sweep over Potomac the Tuesday before, finishing with an 11-0 in-league regular season record and a 13-0 in-league record overall.

Seniors Sinclaire Jones and Bella Dunlop had a strong presence in providing needed control, starting the match with 9 kills on 9 attempts combined. After the match, Jones, who ended with a .550 hitting percentage and a season-high 12 kills, said, "This victory is the perfect senior send-off in that [this season] has truly shown me the value of determination, commitment, and teamwork. I am beyond grateful to have been a part of these achievements."

"We reinforced mental toughness all season," said Head Coach, Kelly Picardi, in her second year at the helm. "The girls were aware that we would win if we focused on maintaining control of our side of the net - serving tough, holding onto momentum by handling the easy stuff, focusing on efficient, in-system play and eliminating unforced errors.  They came out and did their job, and it's a great feeling to know that their high level of commitment and hard work is being rewarded."