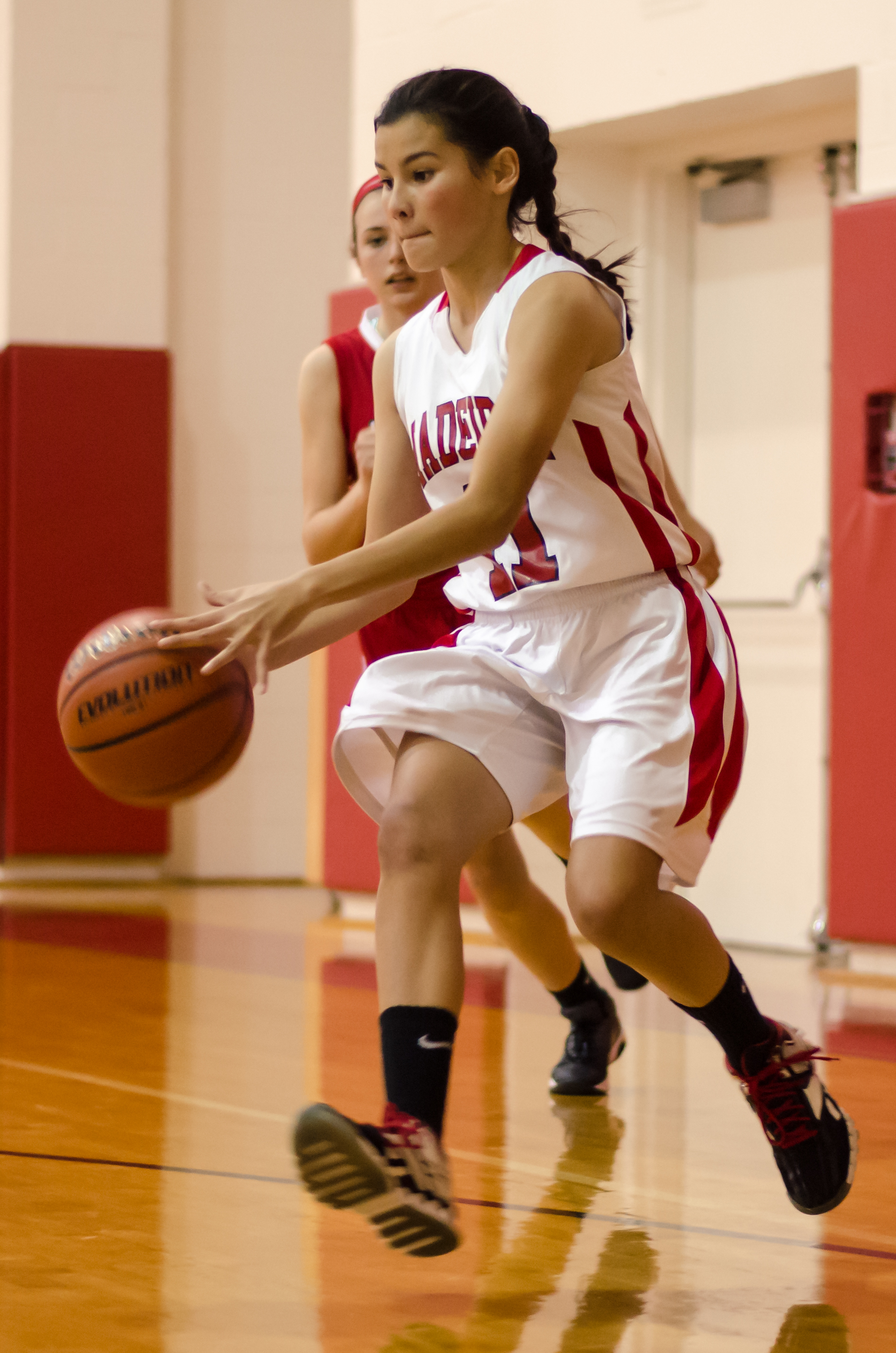 February 18, 2016 -- The Madeira varsity basketball team marched their way to victory over Sandy Spring Friends School in a close match-up Thursday night. The Snails have worked hard all season and were poised under pressure in this conference game. At the end of the first quarter, the Sandy Spring Wildebeests were up 8-6 after two three-point shots from N. Brown and M. James. Not do be deterred, Madeira scored 11 points in the second quarter with diverse scoring led by senior captain, Becca Bishof and answering with a three pointer of her own, freshmen, Trudy Painter. Hannah Adams, junior captain, managed the game tempo as point guard, and finished the game with six points. Jordan Williams, senior guard, played tough defense, leading the Snails in rebounding, steals and blocks.

Madeira’s victory was a true team effort, with balanced scoring from eight of the eleven players, and led by freshman, Lauren Grohowski, with seven points. The Snails finished the game strong, maintaining possession as the Wildebeests fought back to finish the game 32-27. The Madeira basketball team will face Sandy Spring Friends School again on the Snails’ home court on Tuesday, February 23.