Madeira Tennis and Lacrosse compete in first competitions of 2020-2021 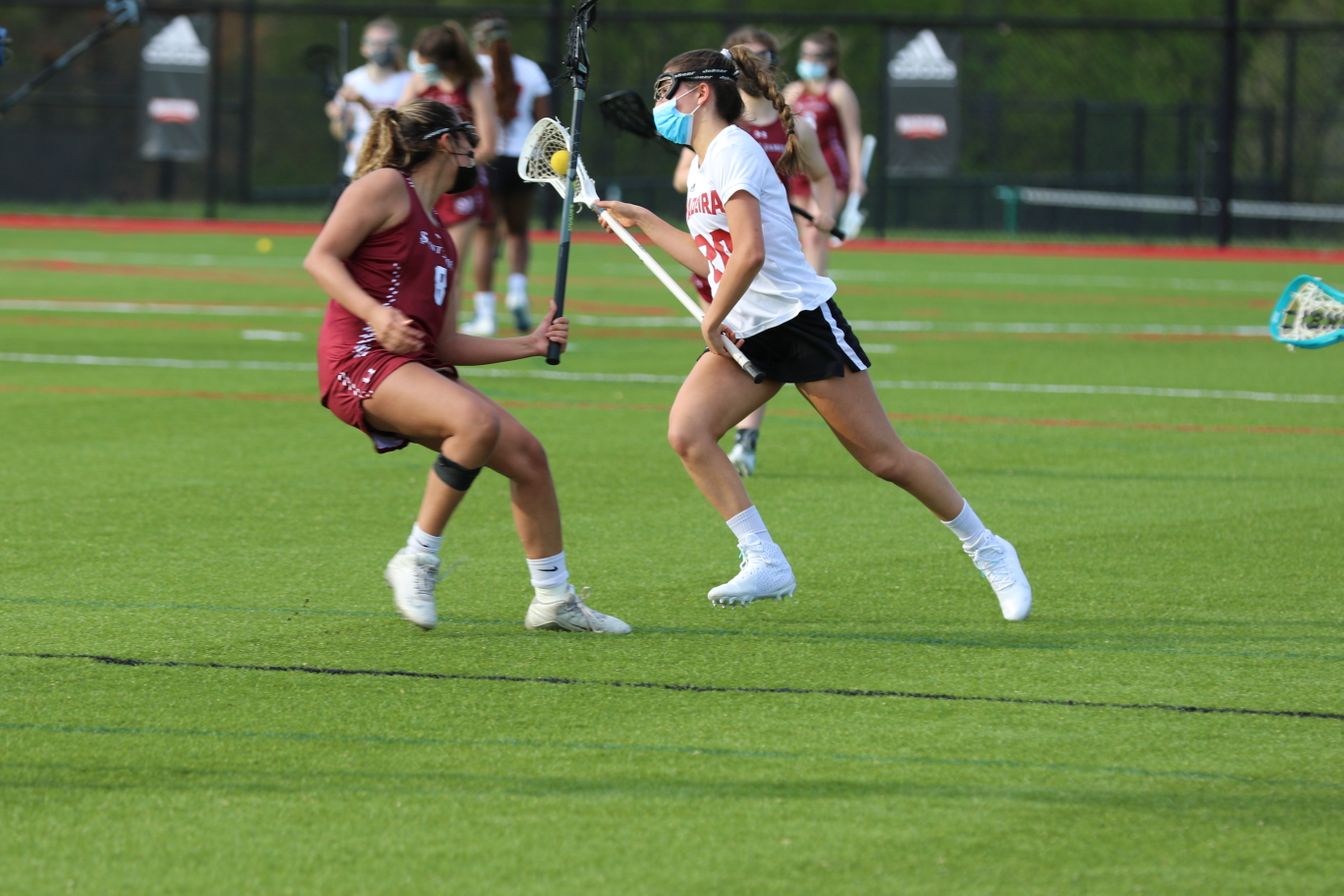 Madeira hosted their first athletic event in over a year on April 15 with a lacrosse game against Saint James School of Hagerstown, MD. It was a close match up, in which the Snails emerged with a win and a final score of 13-12.

Saint James started out with an early lead, but as Madeira settled in, they were able to contain Saint James’ offense. A powerhouse in the 8-meter arc, Kaitlyn Cronin ’22 tallied 4 goals on the day. Moniola Odunsi ’22 bagged a hat trick, with 3 goals. The offensive success was driven by Marin Hoang ’22, who earned 2 goals and 1 assist, Layomi Odusanya ’24 with 2 goals, as well as Lindsay Phair ’23 and Lola Hakimi ’24 each with 1 goal, and Ava Stewart ’23, with 1 assist. Caroline Alsina ’23 was solid in the cage against Saint James’ attack.

Madeira Athletics has their next competition Thursday, April 22, as the Track & Field team travels to Episcopal High School for a 4:30PM meet.