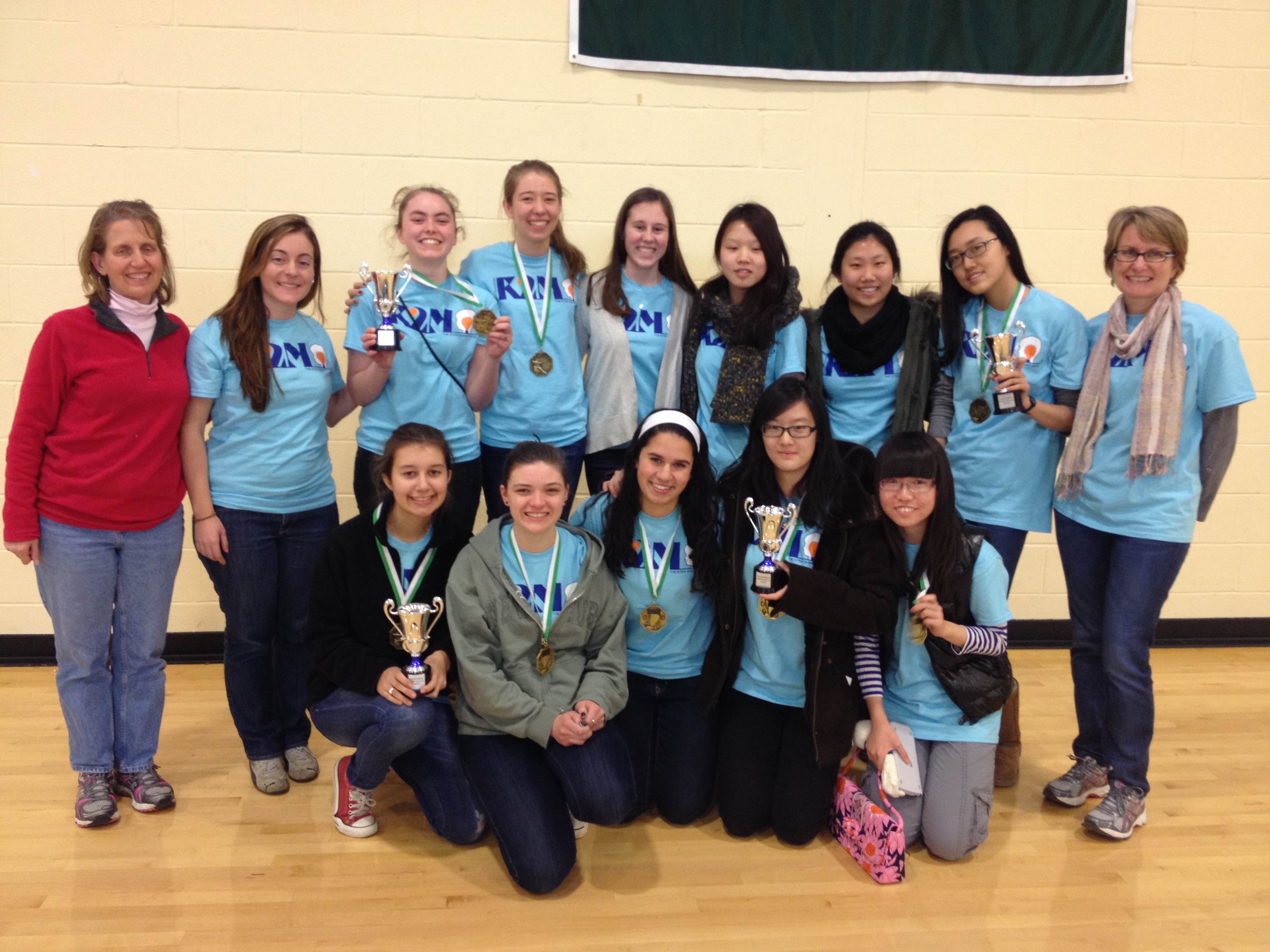 On Saturday, February 9, eleven intrepid Madeira girls woke up early to attend Expedition K2M: The STEM Summit. With Mrs. Pratt and Dr. Binger, they traveled to Foxcroft School to participate in a contest among local girls schools.

The challenge? To solve five different problems correctly AND quickly. Madeira had three teams, Foxcroft had 11 teams, and Georgetown Visitation, Middleburg Academy, and Highland Park School had a number of teams as well. Students built towers, determined the forces on a spine, and identified mysterious substances. From the five challenges completed by the nearly 20 teams, one Madeira team (Devin W., Claire B., Hang Y., and Lijing F.) won the code breaking event and another team (Allie M., Anna A., Meng Y., and Claire G.) won the biology challenge, where they successfully and most quickly identified the mystery blood type. To top it all off, those two teams also tied for second in the overall contest. Additionally, at the event, students and staff met a Madeira alum, Stephanie Volk '03, at the event, who is a biomedical engineer at K2M, the company that sponsored the contest. It was a fantastic day, full of medals, trophies, lots of laughter, and great problem-solving throughout.