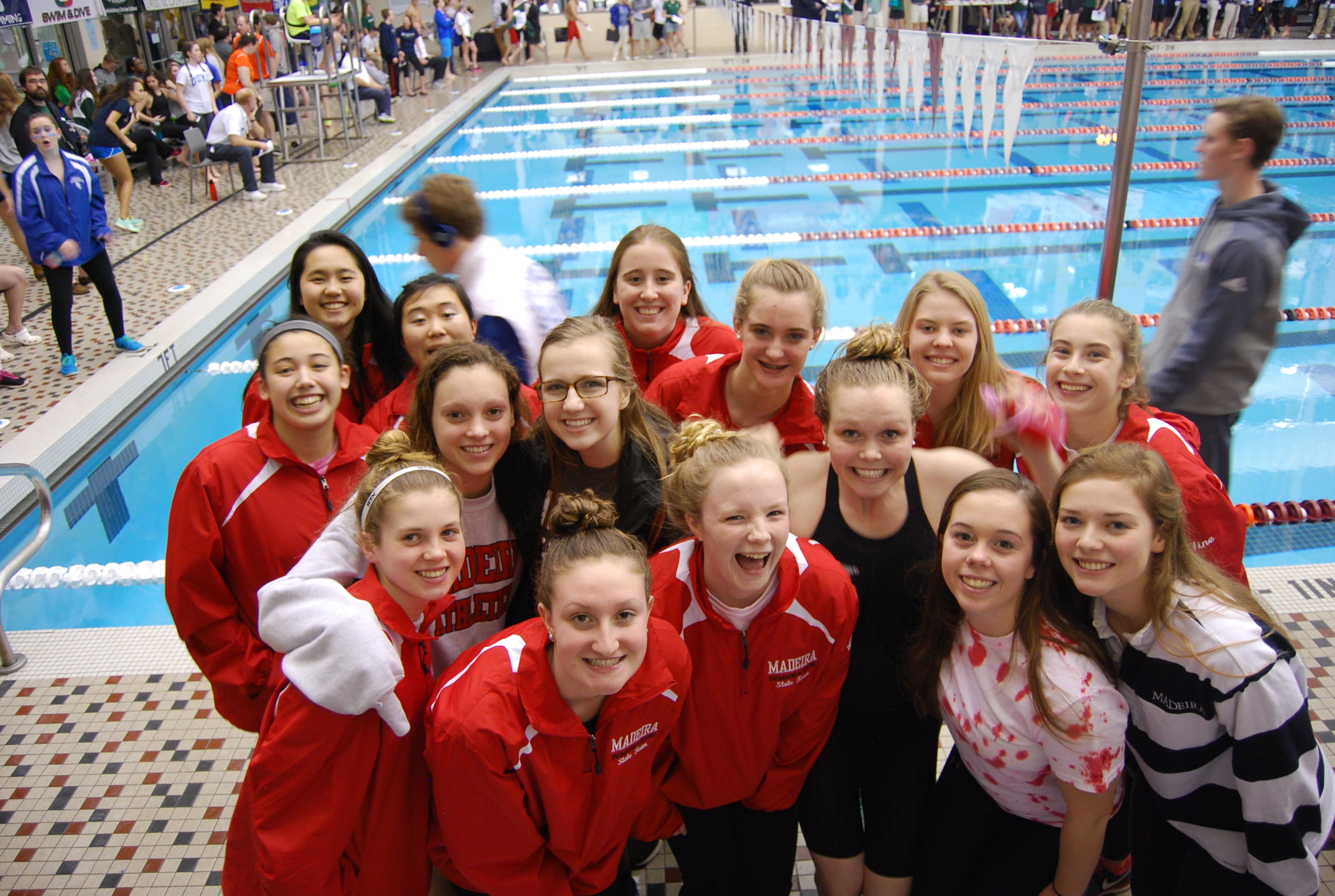 Leading the charge for the Snails was senior captain Kylie Jordan with wins in the 200 Freestyle and 100 Butterfly, setting state records for both events in All-American qualifying times. Jordan earned another All-American time in her 100 Freestyle relay lead-off swim and was named the VISAA Swimmer of the Year. She became the first swimmer in VISAA history to swim eight state individual finals and break eight state records during her tenure as a Snail.

Sophomore Izzy Gati took second place in both the 100 Freestyle and 100 Butterfly, earning an All-American qualifying time in the 100 Butterfly.

Sophomore Maddie Heilbrun earned third place in both the 200 Individual Medley and 100 Backstroke. Heilbrun's 200 IM time was an All-American time.

Leading the Snails to an undefeated season and outstanding state meet performance, Madeira Coach Rod Montrie was named the VISAA Coach of the Year.

"This was a stellar performance by a highly motivated bunch of athletes," said coach Montrie. "Not only was it our best finish in ten years, but it was the first time Madeira has finished 1-2 in an event. Our freestyle relays were truly impressive."