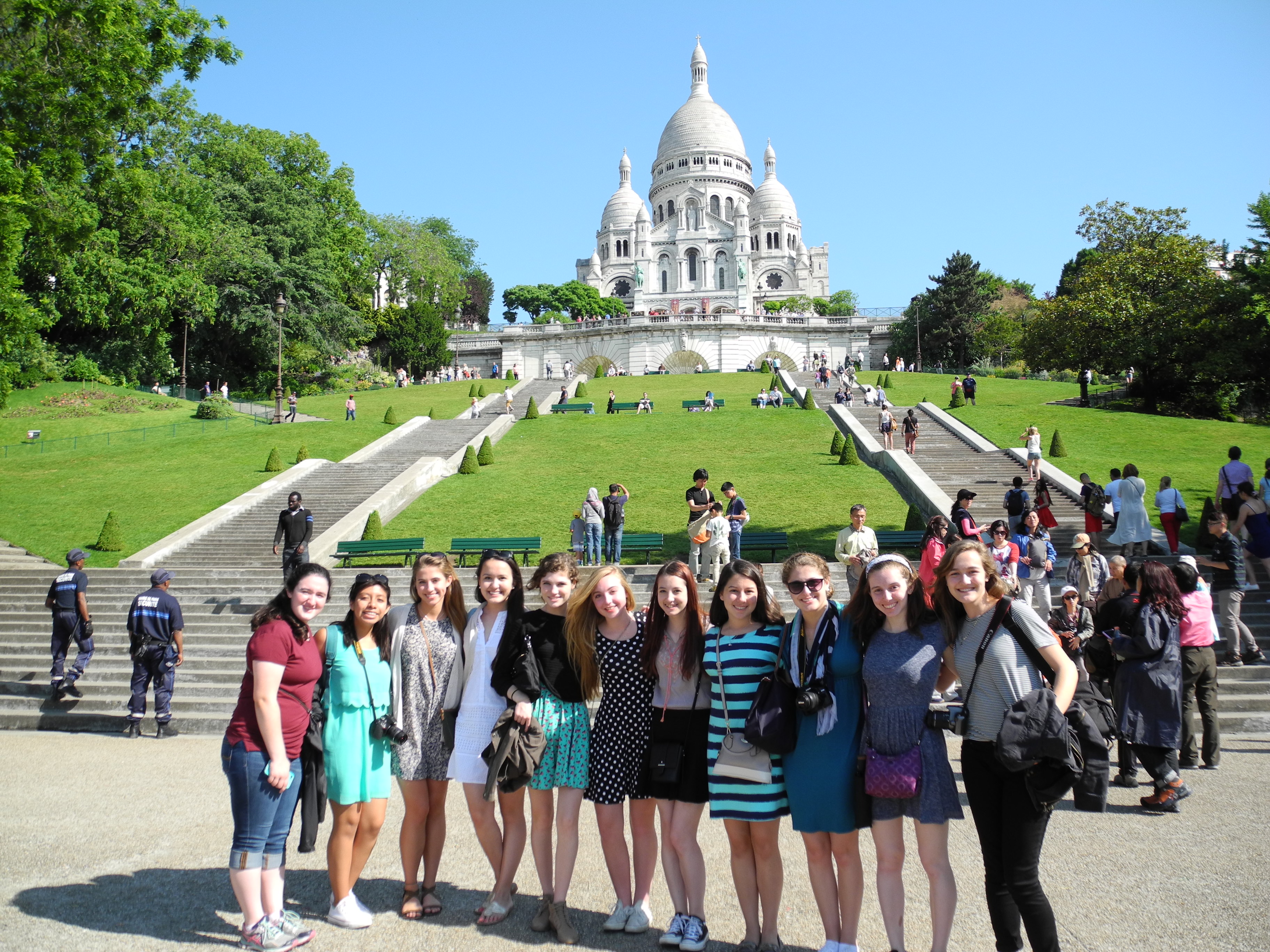 Every  other year, Madeira students travel to Paris and spend 10 days with a host family and host sisters who are high school students at the Centre Madeleine Daniélou. In exchange, Madeira students host a French student for an equivalent period of time in April. While in France, students visited their exchange families, attended classes and toured Paris. Highlights of the trip included the cultural and social experience of French life, attending classes of different subjects at the Centre Madeleine Daniélou, unforgettable French gastronomy, and shopping in the city of lights.

Knowledge of French was not a pre-requisite for the trip, but students were encouraged to reinforce their French language skills, or to start learning French. Homestay with French families provided students an excellent opportunity for language practice and acquisition. Madeira students spent one day at the Centre Madeleine Daniélou attending regular classes which gave them the opportunity to have real French classroom experience and exchange ideas with French students during English and history classes.

Each day was packed with cultural and historical activities. Students witnessed the splendor of the Eiffel Tower by climbing to the top as a team. A one-hour cruise excursion along the river Seine offered the best panoramic view of the city of Paris. Having dominated central Paris since the late 12th century, the Louvre Museum impressed students with its magnificent exhibition space and countless masterpieces. After hours of climbing up to the Basilica of Sacre-Coeur, and wandering on the narrow cobblestone streets, students spent a quiet hour visiting the small, though charming Dali museum. Delicious ice cream at the Place du Tertre was a perfect close to the busy day.

The friendship among Madeira students and their host sisters became so strong by the end of the trip that one of the Madeira students told Dr. Ding that she was so sad to leave them so soon. When she arrived at the Dulles Airport, she got an email from her host sister saying she was melancholic as she missed her Madeira sister already!