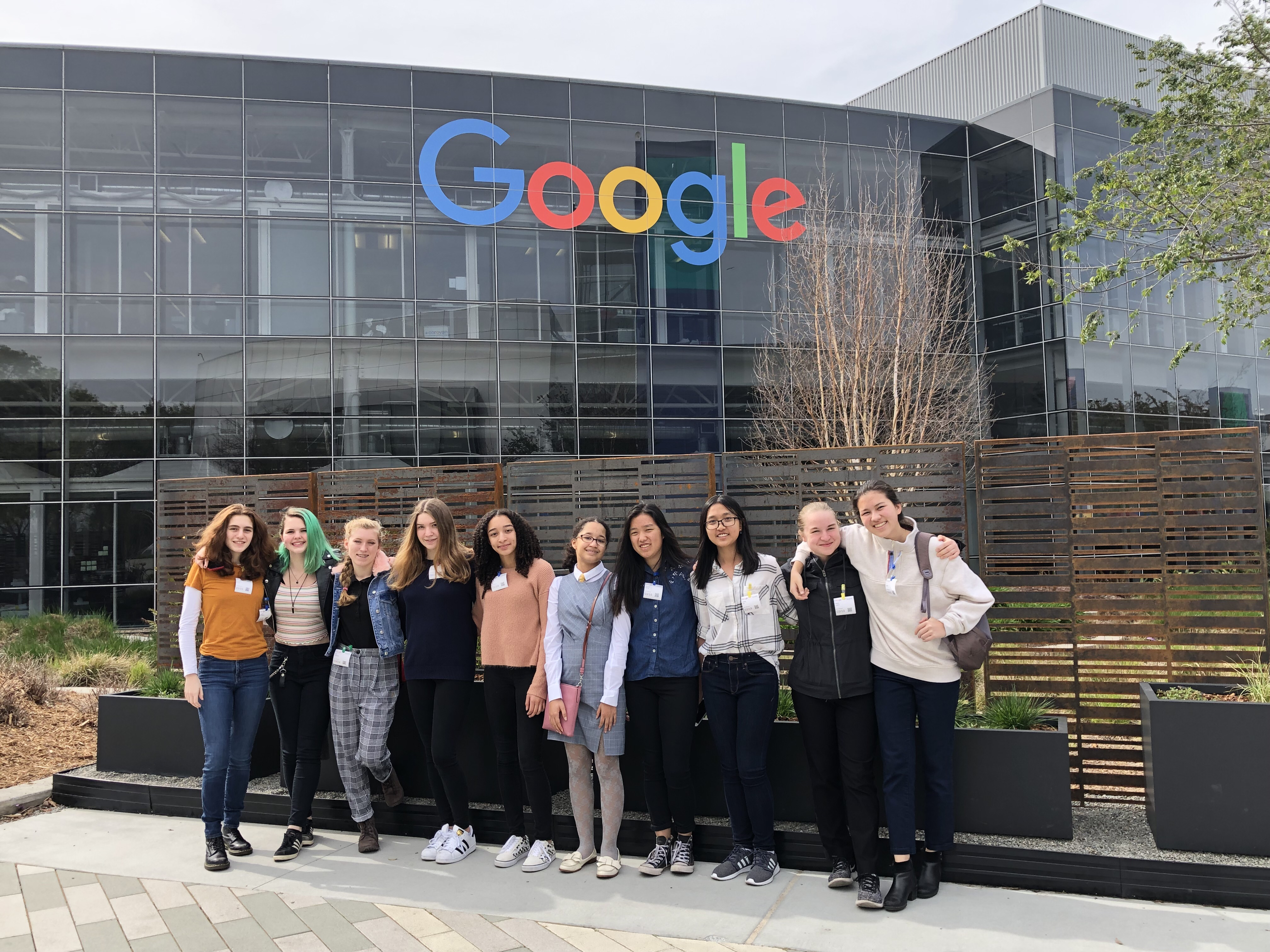 Madeira students and teachers traveled to San Francisco over spring break to participate in highly customized and personal tours of prominent tech companies and organizations. The trip was organized as an added dimension of Madeira’s STEAM program to connect students with alumnae and other female executives in the country’s leading tech corridor.

Women’s leadership and empowerment was showcased in an array of companies, from startups to innovation leaders, like Google, Pixar, and Oracle. Students were personally guided and mentored by Madeira engineers, animators, marketing professionals, designers, producers, and other inspiring women.

The trip began with an event for Madeira alumnae at the California Academy of Sciences, where the students met and networked with many former Snails. The STEAM-focused  event  highlighted Madeira’s growing STEAM program and what the School hopes to accomplish in the future.

Auris Health stood out for its innovative and pragmatic designs. It is a firm that uses robots to perform endoscopies.

Each stop was unique, as most of them were arranged by Madeira alumnae who work for those companies, so it was a highly specialized experience.

At Google, for instance, the group participated in a workshop on female empowerment. At Pixar, they met several female animators who they networked with and exchanged information.

Alika singled out Shutterfly as the company that had the most female employees. “Shutterfly stood out to me because of the high ratio of female to male workers on all of the teams, from engineering to design to marketing. That was great to see.”

Educational Technology Specialist, Stacy Tippens, one of the chaperones, opined: “The girls were so inspired and are ready to return to Madeira to apply the knowledge they’ve learned. Several of the girls say they feel they have direction now in terms of what type of career to pursue. In addition, the chaperones were inspired by what we saw, and we know we can bring some of the innovation back to Madeira to further improve our School.”