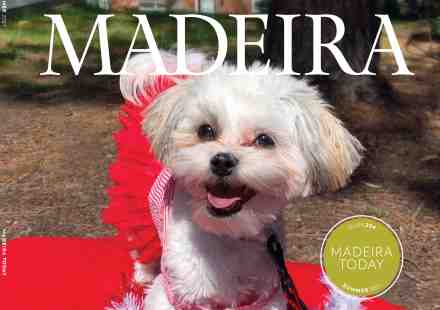 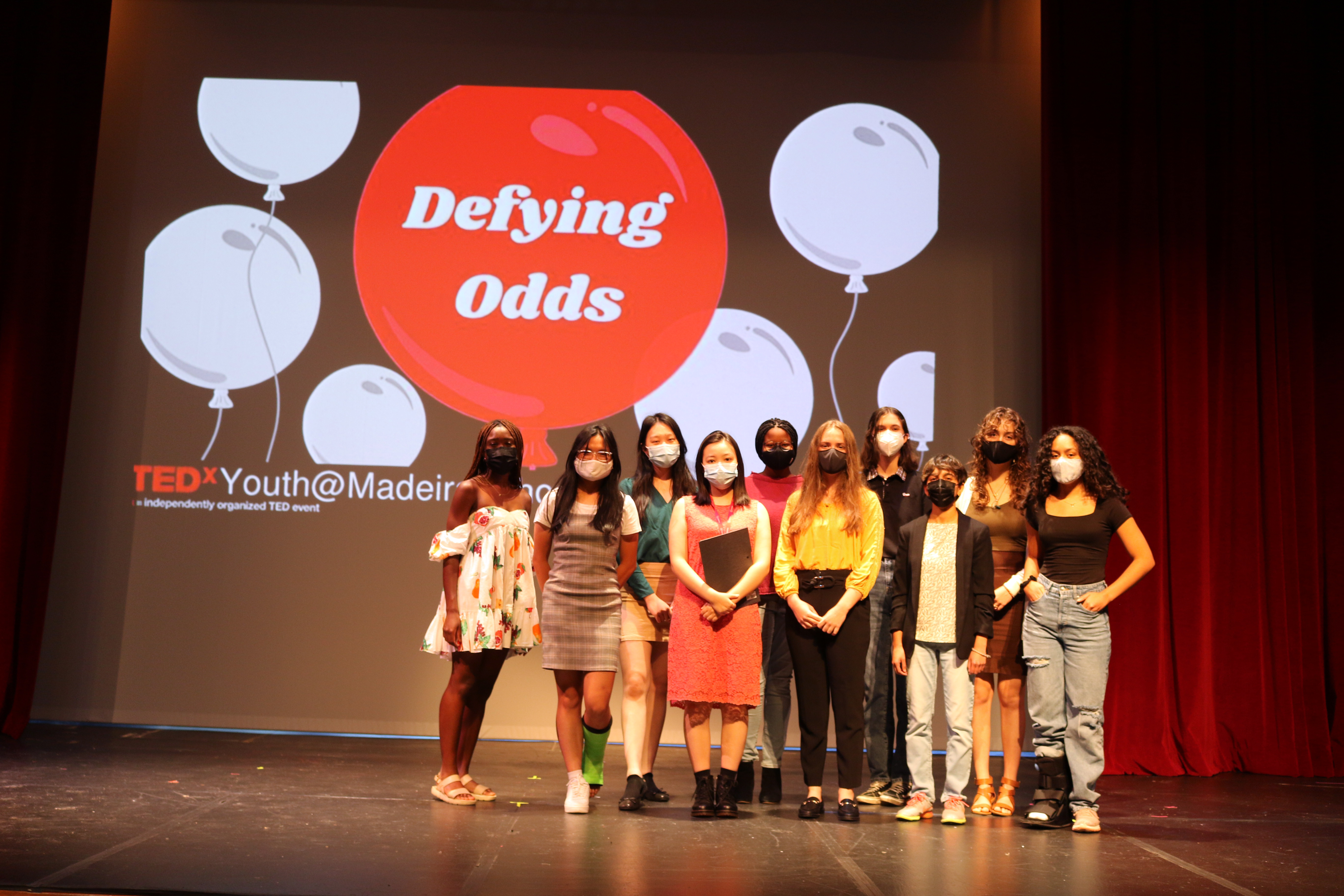 “After a year of disconnect caused by the COVID-19 pandemic, which prompted a period of reflection for our global community, I was inspired by the growing number of youth around the world who are adamant about having their voices heard in a world where doing so is becoming increasingly difficult,” said Moniola. “I wanted to provide a platform for Madeira's youth to share their thoughts, emotions, and experiences in a time where one can feel silenced.

She says the event's theme, "Defying Odds," was inspired by the Madeira community.

“I believe that as a school, we have defied numerous odds in remaining a strong community amidst the pandemic, and individually, many of us have had to deal with obstacles, recently and in the past, that have made us stronger people today. Overall, I wanted to emphasize through the establishment of TEDxYouth@MadeiraSchool that we all have something to say, and that our youth voice matters.”

Moniola began working on the inaugural event in January and solicited applications from potential student speakers in the spring. She narrowed down the list to those who represented a diverse range of races, religions, and topics.

"I’ve loved watching TED talks from a young age,” said Moniola. “I’ve always admired the ability of the speakers like Chimamanda Adichie to beautifully communicate their stories and experiences, leaving the audience with a life lesson, question, thought, or anything in between to walk away with. After discovering that the TED company allowed youth to speak, I jumped at the opportunity.”

TEDxYouth@MadeiraSchool sparked curiosity and left the audience with thought-provoking questions. Speakers (and their topics) included Jasmine Brothers ‘24 (Why race isn’t so black and white), Abby Chen ‘24 (Don’t be Afraid of Failure), Sophia Fox ‘22 (Why forgetting my name was the best thing that ever happened to me), Brooke Dawn ‘23 (Successes in Disguise), Chi Hoang ‘22 (The Intangible Divides of the Flat World), Lindsay Li ‘22 (When Sci-Fi Movies become Reality), Taylor Miller ‘22 (Identity in a race-filled world), Maya Shanbhag ‘24 (I'm South Asian and that’s complicated so let’s talk), Kyleigh Woodrick ‘23 (How I turned the thing that caused me the worst suffering into my best tool in life), and Ashley Zheng ‘22 (The hidden truth of Introversion in America).

Speakers shared what defying odds meant to them through interactive and insightful talks. “I’m South Asian-American and that’s complicated so let’s talk” was the theme presented by Maya Shanbhag ‘24. “I wanted to speak at TEDx because I wanted other people who felt alone in the navigation of their multi-cultural and multi-ethnic identities to realize that there are people in the world who can relate to them,” said Maya. “By doing this, I hope those people will have an easier time opening up about their struggles and navigating through their identity.

Moniola and her co-organizers say they learned how difficult it is to put on such a big event, but that most importantly, they’ve learned the importance of relying on and collaborating with a team to achieve a common goal.

"From the design process, to curating speakers, to advertising the event, the executive team for the TEDxYouth@MadeiraSchool was just as integral to the success of the event as the speakers,” said Moniola. “I’ve learned the value of listening to and meshing different perspectives.”

Learn more about TEDx at https://www.ted.com/tedx/events/43897