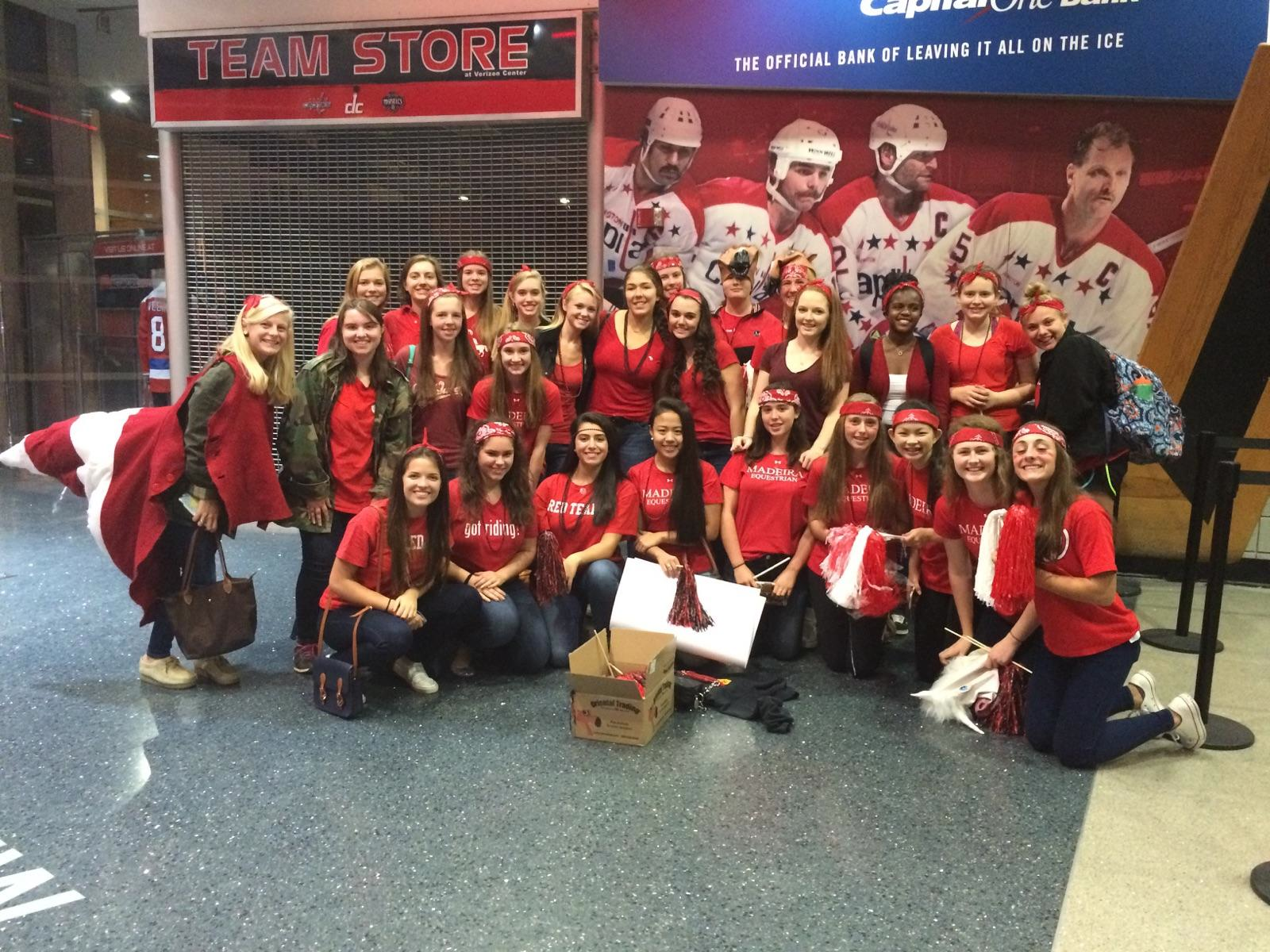 It was high-test fun on Thursday, October 22, when over 30 Madeira students descended on the Verizon Center for the Washington International Horse Show Barn Night. The evening was packed with exciting competition and exhibitions, including the $20,000 Gamblers Choice International Show Jumping Costume Class, and the adorable WIHS Shetland Pony Steeplechase. Madeira spirit was well represented with the students dressed in red accompanied by the Snail. Madeira riders earned second place in the Best Group Video competition with their hilarious video: Keeping up with the Madeira Equestrians.

Madeira was also well represented this year on the WIHS Junior Committee. This group of 22 local teens plays an important role in planning and executing many of the special events surrounding the show. Congratulations Jacey Albaugh ’18, Charlotte Burch ’17, Rachel Michael ’18 and Mollie Thomas ’17 for all their hard work with this year’s show!