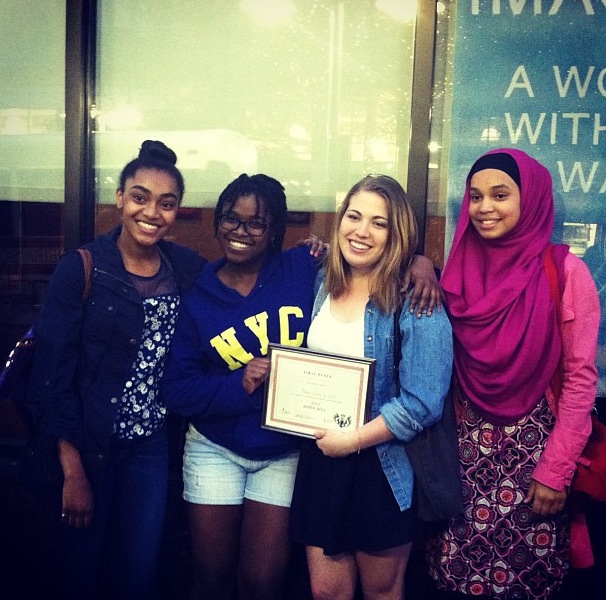 The Madeira slam team at the 2013 Hyper-Bole Competition

Over the weekend of May 3rd, the girls competed in the slam poetry competition Louder Than A Bomb (LTAB) at George Washington University. Twenty teams representing high schools from Washington D.C., Maryland, and Virginia competed for the 2013 title in this performance poetry extravaganza.  the Madeira team made it to the semi-finals and once again, Madeira girls had an opportunity to showcase their enormous talent!