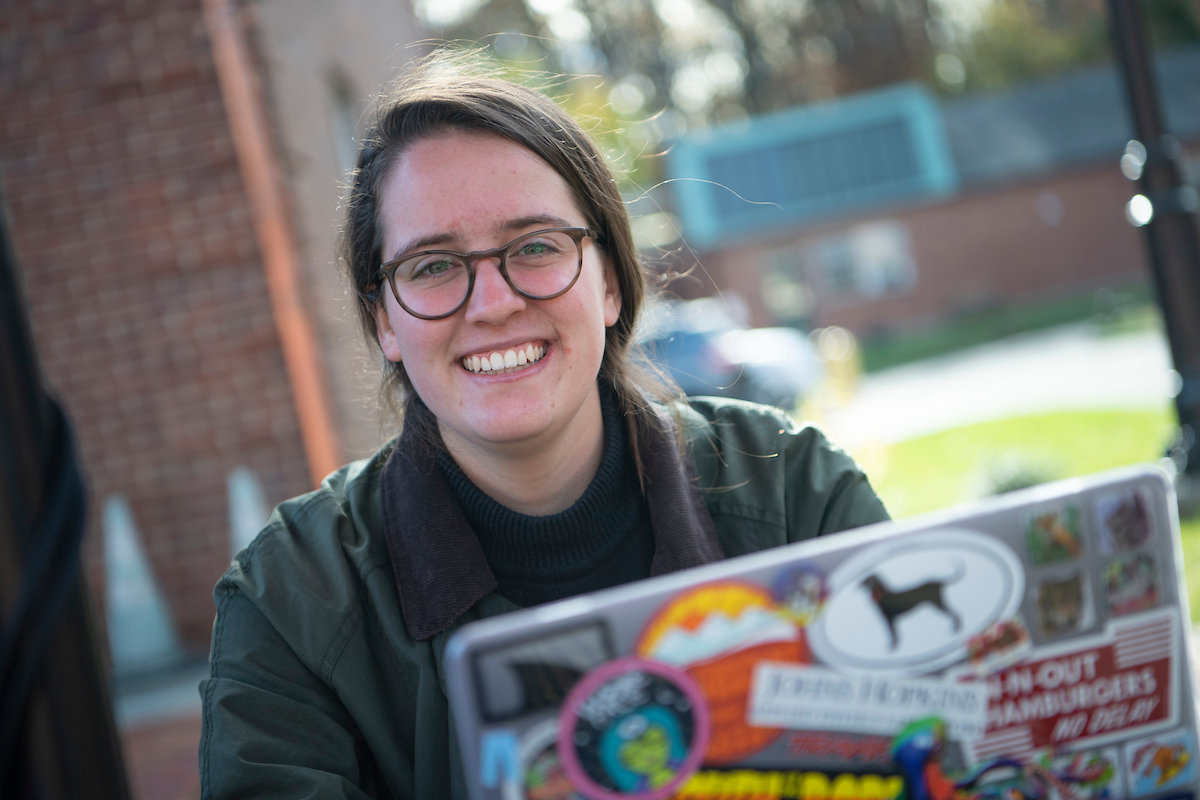 After earning a highly selective spot as an ASPIRE intern for Johns Hopkins, Trudy was assigned to a research team studying industrial control system security. Specifically, Trudy’s team examined the security vulnerabilities in cargo ships and navigation systems. Her small team consisted of a supervisor, two full-time researchers, and interns. Though the team had several college-age interns from the US Naval Academy, Trudy was the only high school student. In true Madeira girl fashion, Trudy ended up training the Naval Academy interns who were only on board for two-week stints (Trudy’s internship was six weeks long).

One of Trudy’s main responsibilities was to write a script that would fit on to a flash drive, which could hack into the navigation system when the flash drive was plugged into the computer. Trudy says that it was a very rewarding, albeit a somewhat unnerving experience.

“I really enjoyed the project. Some days were hard because this was the first time I had done research independently, where nothing was very well documented. I definitely had to figure things out by myself that I hadn’t seen anywhere else. In the end, I’m proud that that my original work will be affecting national security. It is exhilarating to say that I improved ship navigation security. It was also a little scary because I was able to figure out how to hack into the system.”

She credits the Johns Hopkins lab with teaching her about systems that she wasn’t very familiar with before. “In relation to cybersecurity, I had only worked with IP addresses before this internship. Working with industrial protocol systems at Johns Hopkins, there are no IP addresses - it’s an entirely different world that I was not familiar with. It’s also very poorly documented and difficult to learn. It required a lot of patience - for example, I combed through entire manuals and source code in search of vulnerabilities. The experience taught me so much.”

When Trudy began her internship, the project was in the experimental phase. Her full-time colleagues presented the team's findings and were rewarded by becoming a fully-funded project, thanks in large part to Trudy’s contributions.

Trudy has been an excellent computer science student at Madeira and has taken AP Computer Science, several STEAM classes, is Head of the STEM Club, and on Madeira’s coding team. “All of these activities prepared me to be confident entering my internship,” she notes.

Trudy’s projects at Madeira include: a waterproof shoe designed for children in developing countries that grow with the foot of the child; a robotic hand; a long-range RFID scanner with a custom printed circuit board rigged to steal key card information, which demonstrates vulnerabilities of the security system; and a web server Trudy built with salvaged parts.

Trudy appreciates the confidence and skills Madeira helped her build. “I think that Madeira has given me a strong foundation in STEAM and increased my knowledge about computer science. The development I experienced in an all-girls environment helped me feel really confident in going beyond my school community.”

Outside of school, Trudy has joined a hacking and cybersecurity team that’s predominantly male. “I’m able to be really confident in what I do and excel in that environment.” That confidence also helped Trudy stand out when she attended Virginia Governor’s School for Math, Science, and Technology. “I was actually elected my Governor’s School Class President, and I don’t think that would have been possible without my experience at Madeira,” Trudy reflects.

Beyond her STEAM passions, Trudy is an all-around active Madeira student, as Senior Class President and a three sport Varsity athlete since 9th grade (Field Hockey, Basketball, and Lacrosse).

Not surprisingly, Trudy plans to study computer science in college.