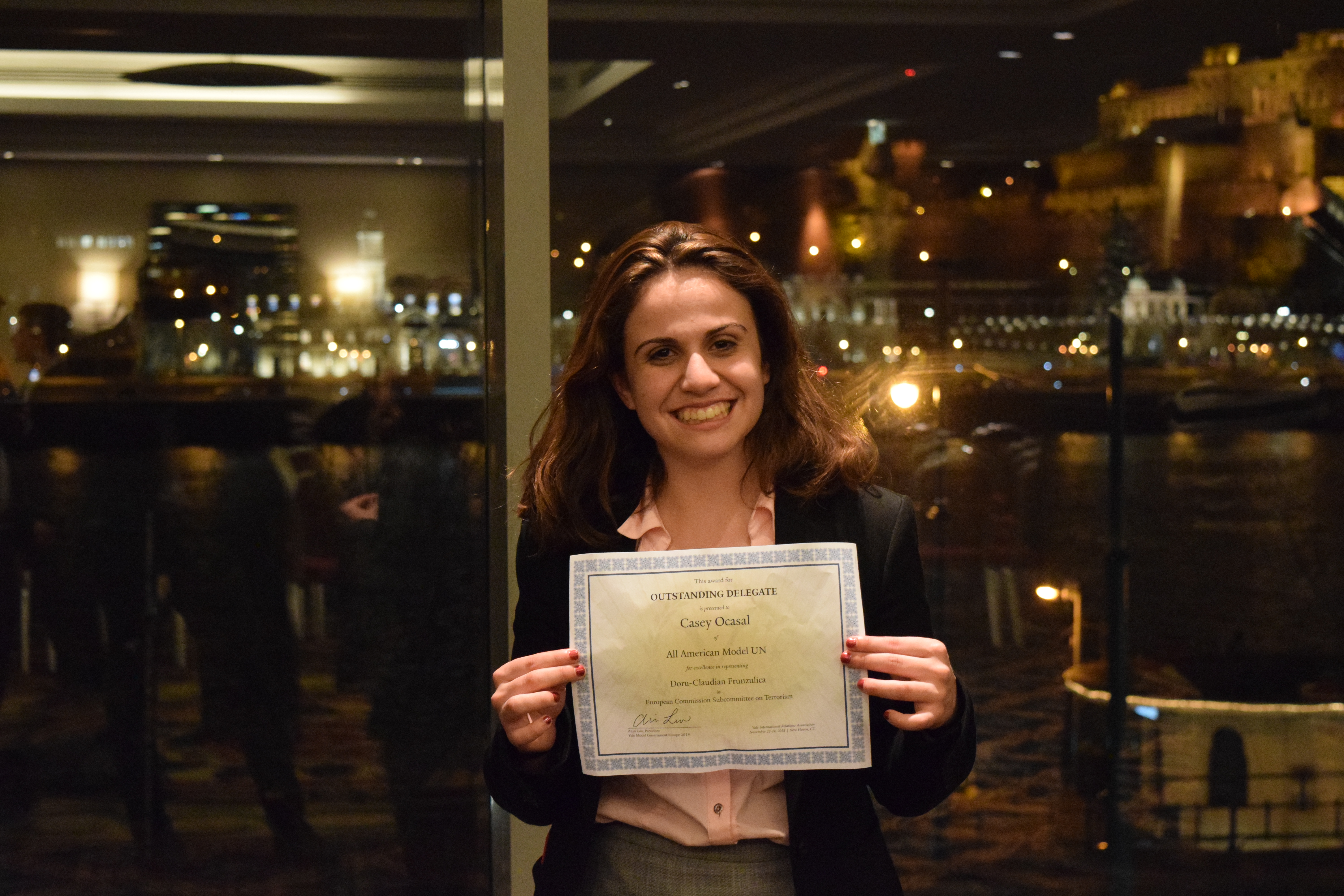 Ms. Sara Rhodin, who serves as advisor to Madeira’s Model United Nations (MUN) team, spoke highly of Casey’s talent. “Like a professional diplomat, Casey always maintains a measured tone and calm under pressure. Her argumentation is eloquent, informed, and engaging. We’re so proud of her for taking part in YMGE; it is a huge accomplishment and wonderful opportunity.”

Casey has been heavily involved in MUN since she arrived at Madeira, and explained why she is passionate about the activity.

“As an involved debater in middle school, I joined MUN because I thought it would be the best way to keep exercising my debate skills while fulfilling my passion for current events and international politics. Not only is MUN an exciting way to stay engaged in global affairs, I think it's some of the best preparation for the business world. Because of MUN, I've grown so much as a writer, presenter, speaker, and team member. I've also met many of my best friends at MUN conferences and through competing with All-American MUN!”

YMGE was created as a more educational and dynamic re-imagining of the usual MUN format. Delegates debate in both national cabinets and EU institutions over pressing current issues. During this conference, all committees were hit with a simulated crisis that had significant consequences throughout Europe and the rest of the world. The delegates were forced to work within and across committees to arrive at a solution.