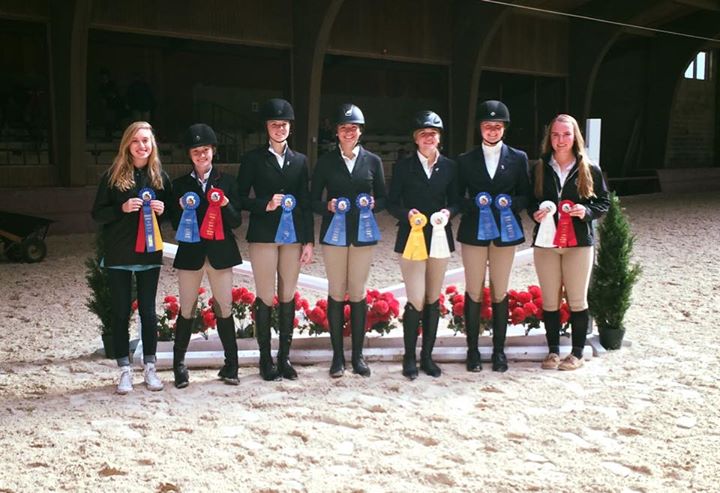 It was a great weekend for the Madeira Equestrian Program with competitive action at two different venues. On Saturday and Sunday, Director of Equestrian Programs Ian McCartney took horses and riders to the Washington Bridle Trails Association Horse Show in Chevy Chase, MD.

Bridget Vaughey ’19 and Madeira’s “Frankie" earned ribbons in their first outing together in a very large Low Hunter and Pleasure Division.

Sydney Ortega ’16 and her new mount “Eros” continued their success at their second show together with strong ribbons in the Pre-Children’s Hunter and Equitation Divisions.

Ava Brugger '19 and her horse Meritage won five classes on Saturday and three on Sunday on their way to winning three championship ribbons over both days.

The weekend was capped off on Sunday with the Madeira Interscholastic Equestrian Association team turning in a dominating performance at their first show of the season. IEA Coach and Assistant Director of Equestrian Programs Jessica Leonardi took six Madeira riders to Foxcroft School in Middleburg, VA. Facing tough competition, the Snails prevailed finishing just four points shy of a perfect team score.