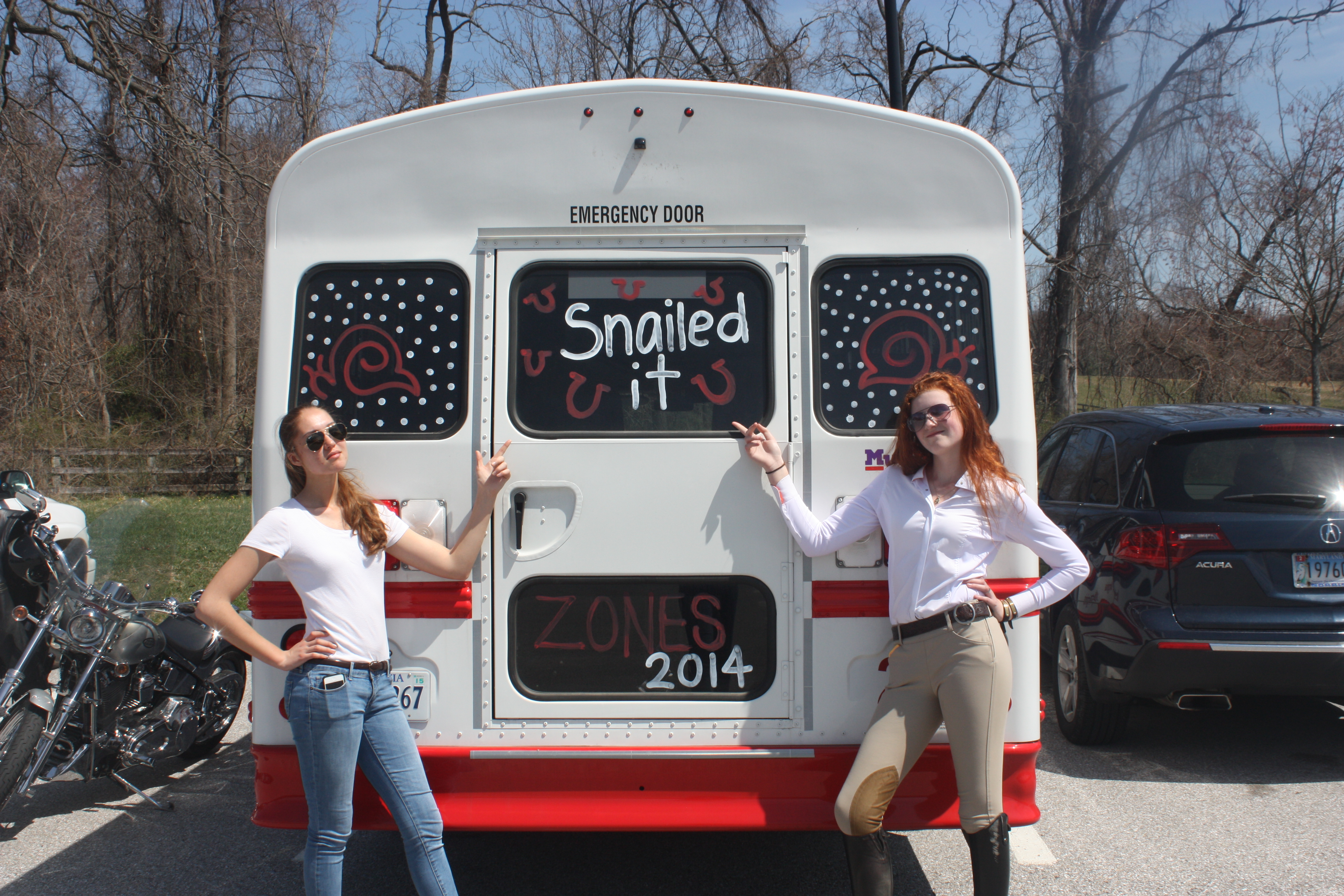 Over the weekend of April 12-13, Madeira varsity IEA riders competed at IEA Zone Finals at the Garrison Forrest School in Maryland. Zone finals are where the top riders from Virginia, Maryland, Delaware, North Carolina, and West Virginia compete to qualify for IEA National Finals held in Springfield, MA in May. The Madeira riders rode phenomenally – each receiving excellent ribbons and setting a new personal best.

Competing at zones for the first time, Julia Mandel '15 was the first to show and rode to an impressive fifth place in the individual varsity intermediate over fences. A very successful first trip to zones, and culmination of the year!

Next to show were Kat Adstedt '14 and Chiara Marton '14, both qualifying for zones as individual open flat riders for the first time. In her characteristic fashion, Kat handled a difficult horse beautifully and finished eighth in the class. Chiara placed fourth, which earned her a spot to compete in the varsity open championship class – a two-phase jumping and flat class to determine the title of top rider in the zone. Chiara impressed the judges with two strong performances, and finished second in the championship class.

Mollie Thomas ’16 showed next, competing at zone finals for the first time as an intermediate flat rider. She put in her strongest ride of the season and earned a fourth place ribbon - a new personal best at zone finals, where she competed last year in a lower division.

To finish the weekend freshman Emily Leins showed off everything she learned this year to earn a second place ribbon and a spot to compete at IEA Nationals in the beginner flat. A truly amazing finish to Zone Finals and Emily’s first season on Madeira’s varsity IEA team.

Julia Mandel summarized the show nicely, saying “The Madeira IEA team is elated that Emily will be representing the School this year. We've had an incredible season, and zones was a fun way to finish it off."

The riding program is excited to once again be traveling to IEA Nationals, but is even more proud of the outstanding riding of all of our students. Well done riders!